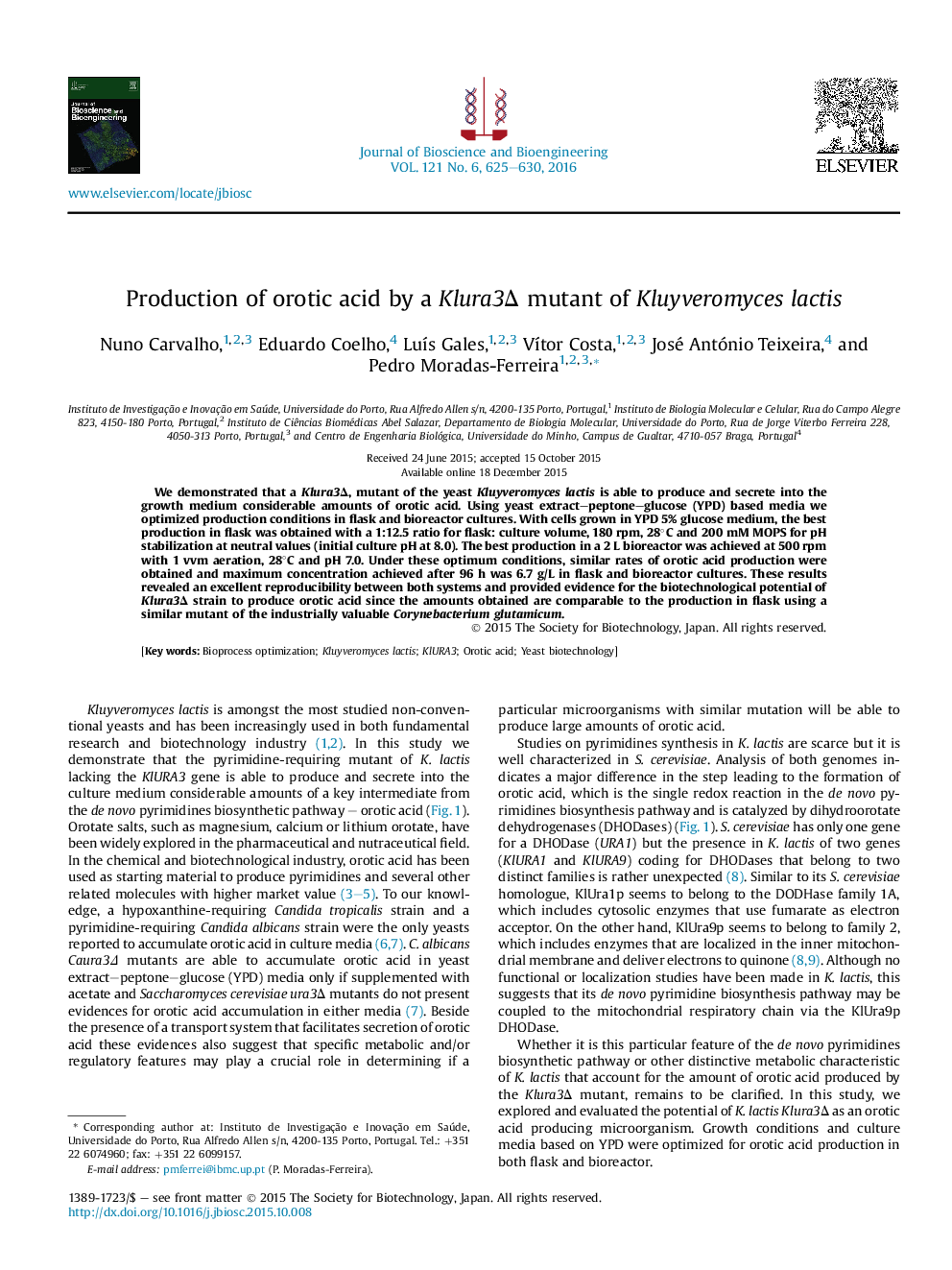 We demonstrated that a Klura3Δ, mutant of the yeast Kluyveromyces lactis is able to produce and secrete into the growth medium considerable amounts of orotic acid. Using yeast extract–peptone–glucose (YPD) based media we optimized production conditions in flask and bioreactor cultures. With cells grown in YPD 5% glucose medium, the best production in flask was obtained with a 1:12.5 ratio for flask: culture volume, 180 rpm, 28°C and 200 mM MOPS for pH stabilization at neutral values (initial culture pH at 8.0). The best production in a 2 L bioreactor was achieved at 500 rpm with 1 vvm aeration, 28°C and pH 7.0. Under these optimum conditions, similar rates of orotic acid production were obtained and maximum concentration achieved after 96 h was 6.7 g/L in flask and bioreactor cultures. These results revealed an excellent reproducibility between both systems and provided evidence for the biotechnological potential of Klura3Δ strain to produce orotic acid since the amounts obtained are comparable to the production in flask using a similar mutant of the industrially valuable Corynebacterium glutamicum.