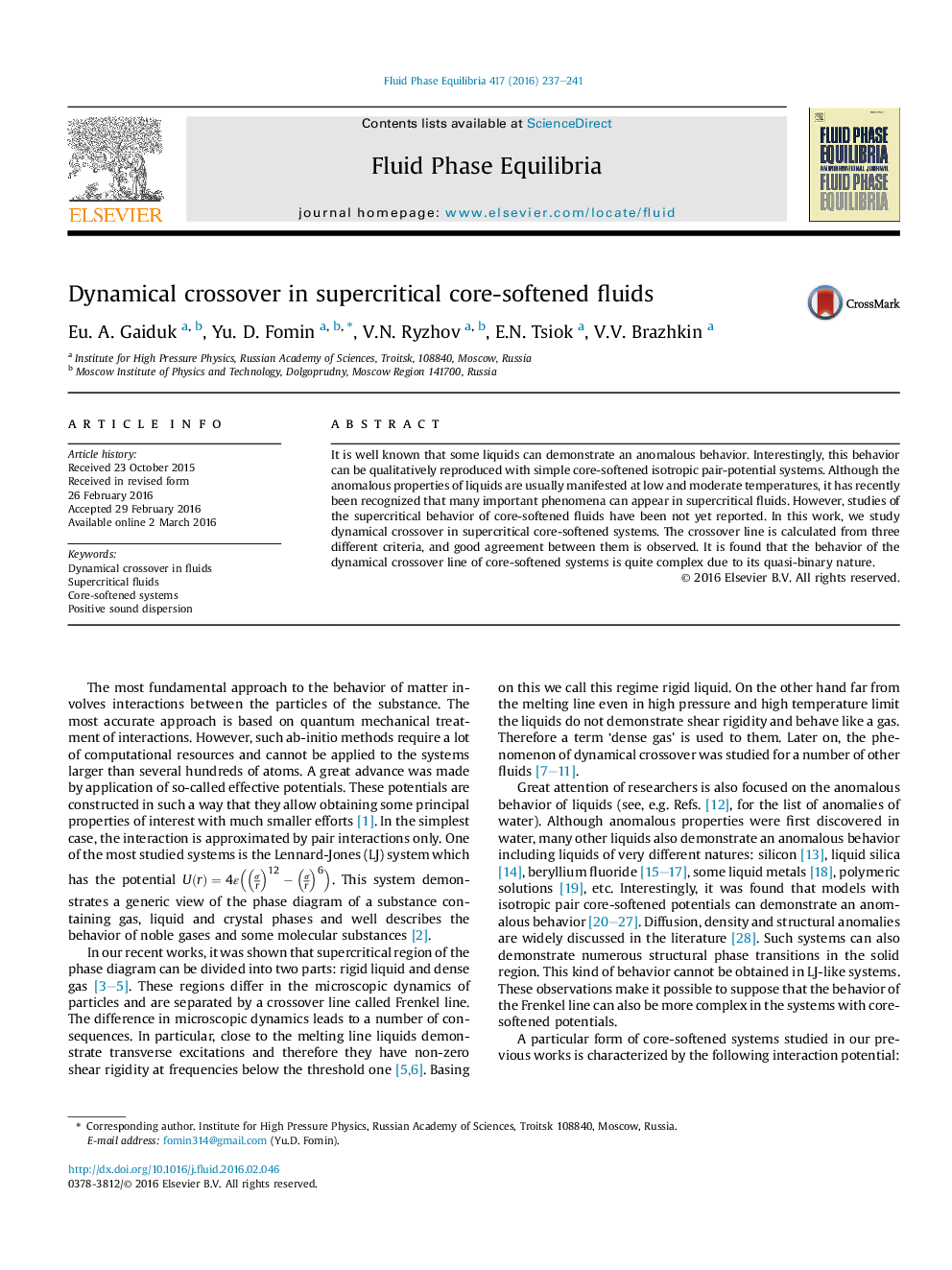 It is well known that some liquids can demonstrate an anomalous behavior. Interestingly, this behavior can be qualitatively reproduced with simple core-softened isotropic pair-potential systems. Although the anomalous properties of liquids are usually manifested at low and moderate temperatures, it has recently been recognized that many important phenomena can appear in supercritical fluids. However, studies of the supercritical behavior of core-softened fluids have been not yet reported. In this work, we study dynamical crossover in supercritical core-softened systems. The crossover line is calculated from three different criteria, and good agreement between them is observed. It is found that the behavior of the dynamical crossover line of core-softened systems is quite complex due to its quasi-binary nature.