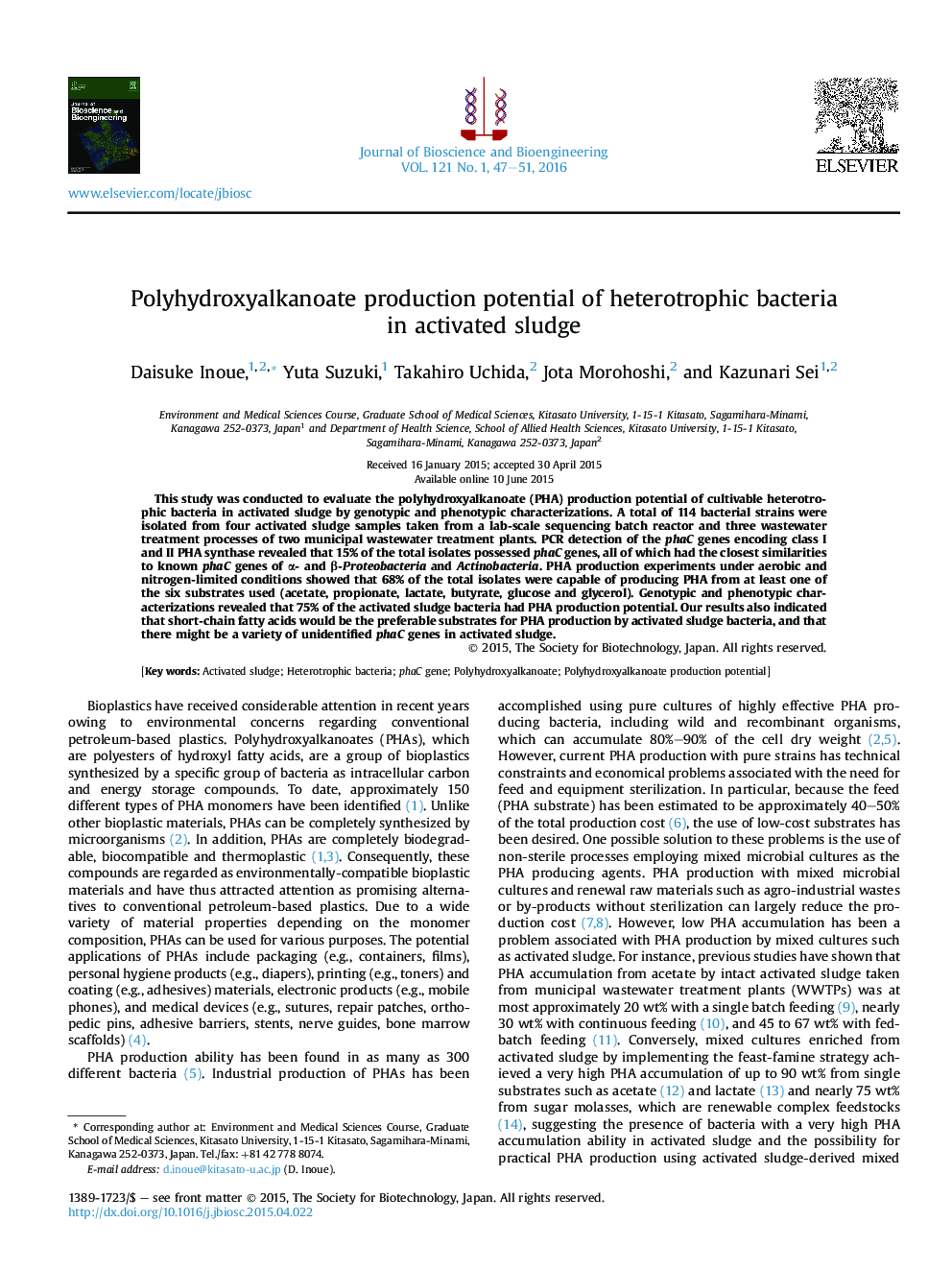 This study was conducted to evaluate the polyhydroxyalkanoate (PHA) production potential of cultivable heterotrophic bacteria in activated sludge by genotypic and phenotypic characterizations. A total of 114 bacterial strains were isolated from four activated sludge samples taken from a lab-scale sequencing batch reactor and three wastewater treatment processes of two municipal wastewater treatment plants. PCR detection of the phaC genes encoding class I and II PHA synthase revealed that 15% of the total isolates possessed phaC genes, all of which had the closest similarities to known phaC genes of α- and β-Proteobacteria and Actinobacteria. PHA production experiments under aerobic and nitrogen-limited conditions showed that 68% of the total isolates were capable of producing PHA from at least one of the six substrates used (acetate, propionate, lactate, butyrate, glucose and glycerol). Genotypic and phenotypic characterizations revealed that 75% of the activated sludge bacteria had PHA production potential. Our results also indicated that short-chain fatty acids would be the preferable substrates for PHA production by activated sludge bacteria, and that there might be a variety of unidentified phaC genes in activated sludge.