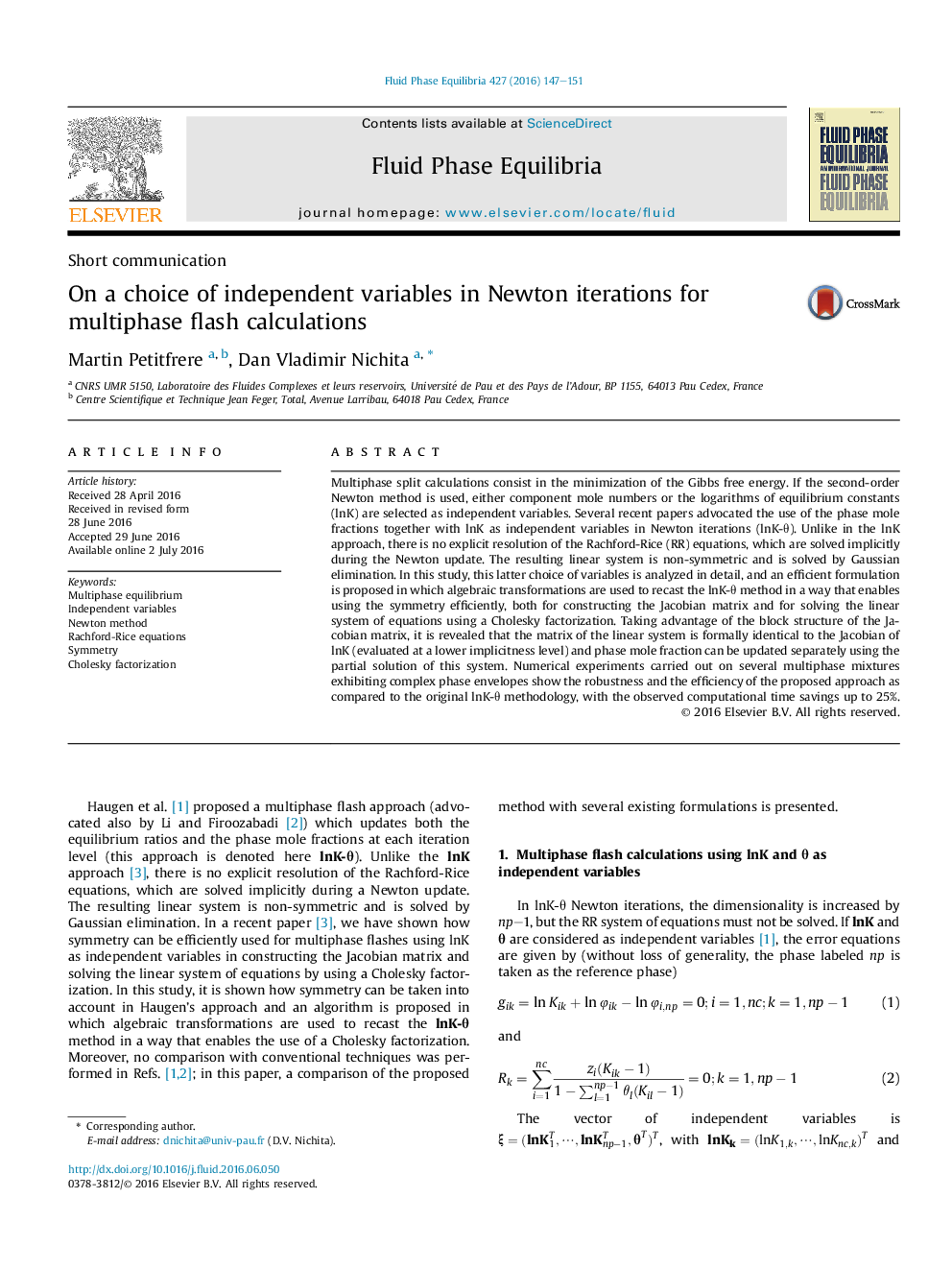 Multiphase split calculations consist in the minimization of the Gibbs free energy. If the second-order Newton method is used, either component mole numbers or the logarithms of equilibrium constants (lnK) are selected as independent variables. Several recent papers advocated the use of the phase mole fractions together with lnK as independent variables in Newton iterations (lnK-θ). Unlike in the lnK approach, there is no explicit resolution of the Rachford-Rice (RR) equations, which are solved implicitly during the Newton update. The resulting linear system is non-symmetric and is solved by Gaussian elimination. In this study, this latter choice of variables is analyzed in detail, and an efficient formulation is proposed in which algebraic transformations are used to recast the lnK-θ method in a way that enables using the symmetry efficiently, both for constructing the Jacobian matrix and for solving the linear system of equations using a Cholesky factorization. Taking advantage of the block structure of the Jacobian matrix, it is revealed that the matrix of the linear system is formally identical to the Jacobian of lnK (evaluated at a lower implicitness level) and phase mole fraction can be updated separately using the partial solution of this system. Numerical experiments carried out on several multiphase mixtures exhibiting complex phase envelopes show the robustness and the efficiency of the proposed approach as compared to the original lnK-θ methodology, with the observed computational time savings up to 25%.