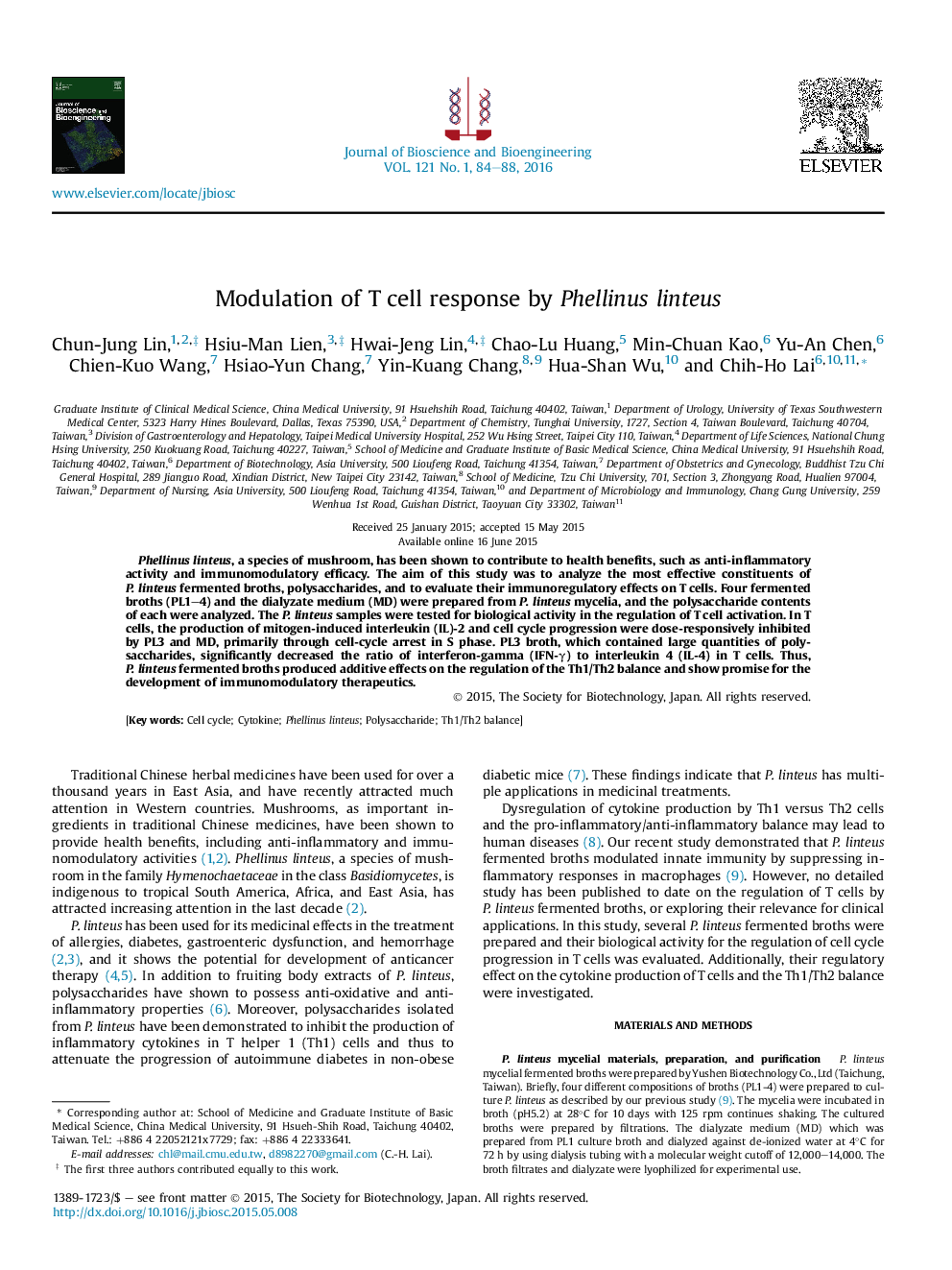 Phellinus linteus, a species of mushroom, has been shown to contribute to health benefits, such as anti-inflammatory activity and immunomodulatory efficacy. The aim of this study was to analyze the most effective constituents of P. linteus fermented broths, polysaccharides, and to evaluate their immunoregulatory effects on T cells. Four fermented broths (PL1–4) and the dialyzate medium (MD) were prepared from P. linteus mycelia, and the polysaccharide contents of each were analyzed. The P. linteus samples were tested for biological activity in the regulation of T cell activation. In T cells, the production of mitogen-induced interleukin (IL)-2 and cell cycle progression were dose-responsively inhibited by PL3 and MD, primarily through cell-cycle arrest in S phase. PL3 broth, which contained large quantities of polysaccharides, significantly decreased the ratio of interferon-gamma (IFN-γ) to interleukin 4 (IL-4) in T cells. Thus, P. linteus fermented broths produced additive effects on the regulation of the Th1/Th2 balance and show promise for the development of immunomodulatory therapeutics.