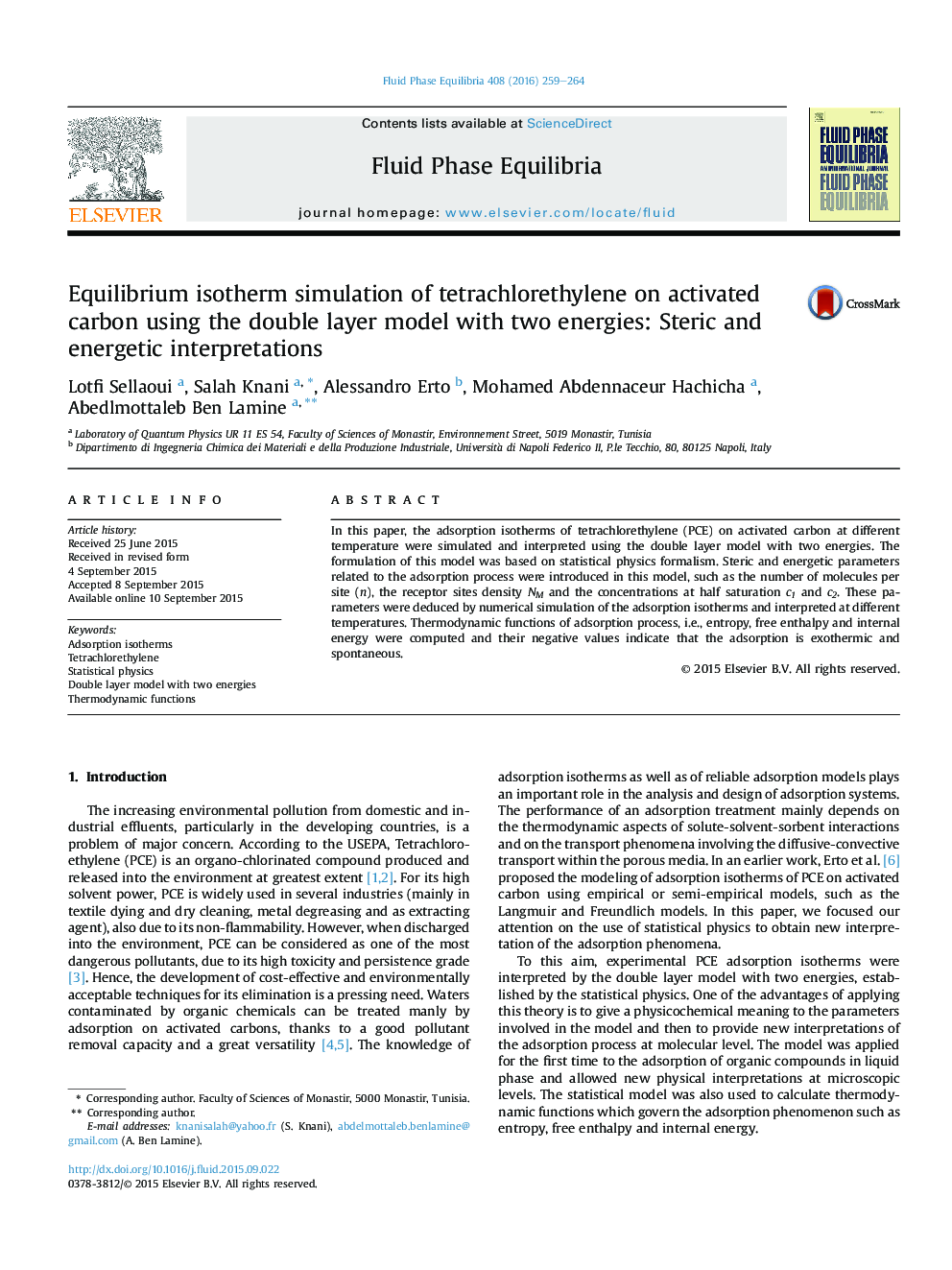 • Modeling of PCE isotherms by the double layer model with two energies.
• Steric and energetic interpretation of adsorption process.
• The model is able to predict the topography of adsorbed molecules.
• The adsorption energy, thermodynamic functions were calculated.

In this paper, the adsorption isotherms of tetrachlorethylene (PCE) on activated carbon at different temperature were simulated and interpreted using the double layer model with two energies. The formulation of this model was based on statistical physics formalism. Steric and energetic parameters related to the adsorption process were introduced in this model, such as the number of molecules per site (n), the receptor sites density NM and the concentrations at half saturation c1 and c2. These parameters were deduced by numerical simulation of the adsorption isotherms and interpreted at different temperatures. Thermodynamic functions of adsorption process, i.e., entropy, free enthalpy and internal energy were computed and their negative values indicate that the adsorption is exothermic and spontaneous.