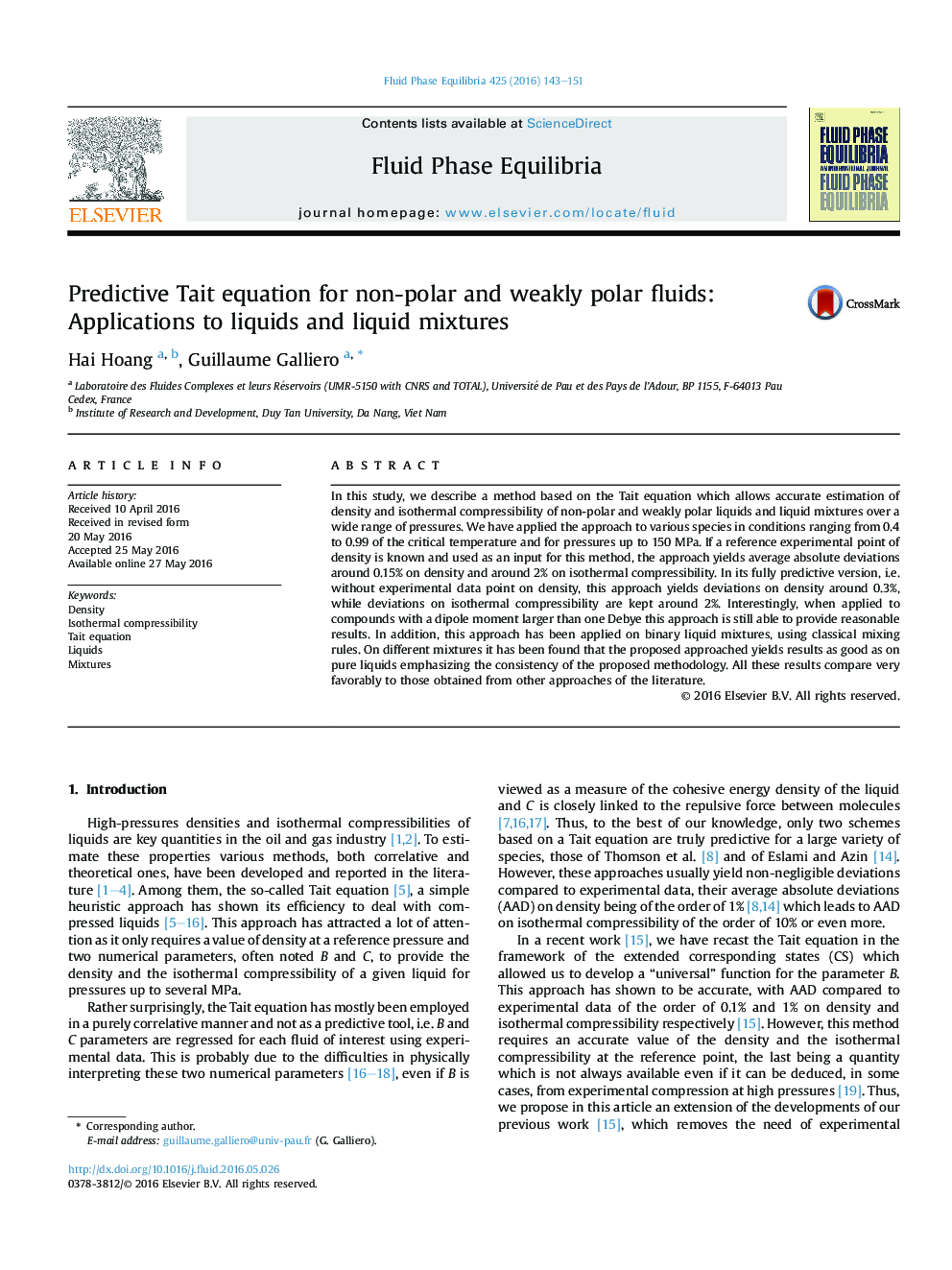 In this study, we describe a method based on the Tait equation which allows accurate estimation of density and isothermal compressibility of non-polar and weakly polar liquids and liquid mixtures over a wide range of pressures. We have applied the approach to various species in conditions ranging from 0.4 to 0.99 of the critical temperature and for pressures up to 150 MPa. If a reference experimental point of density is known and used as an input for this method, the approach yields average absolute deviations around 0.15% on density and around 2% on isothermal compressibility. In its fully predictive version, i.e. without experimental data point on density, this approach yields deviations on density around 0.3%, while deviations on isothermal compressibility are kept around 2%. Interestingly, when applied to compounds with a dipole moment larger than one Debye this approach is still able to provide reasonable results. In addition, this approach has been applied on binary liquid mixtures, using classical mixing rules. On different mixtures it has been found that the proposed approached yields results as good as on pure liquids emphasizing the consistency of the proposed methodology. All these results compare very favorably to those obtained from other approaches of the literature.