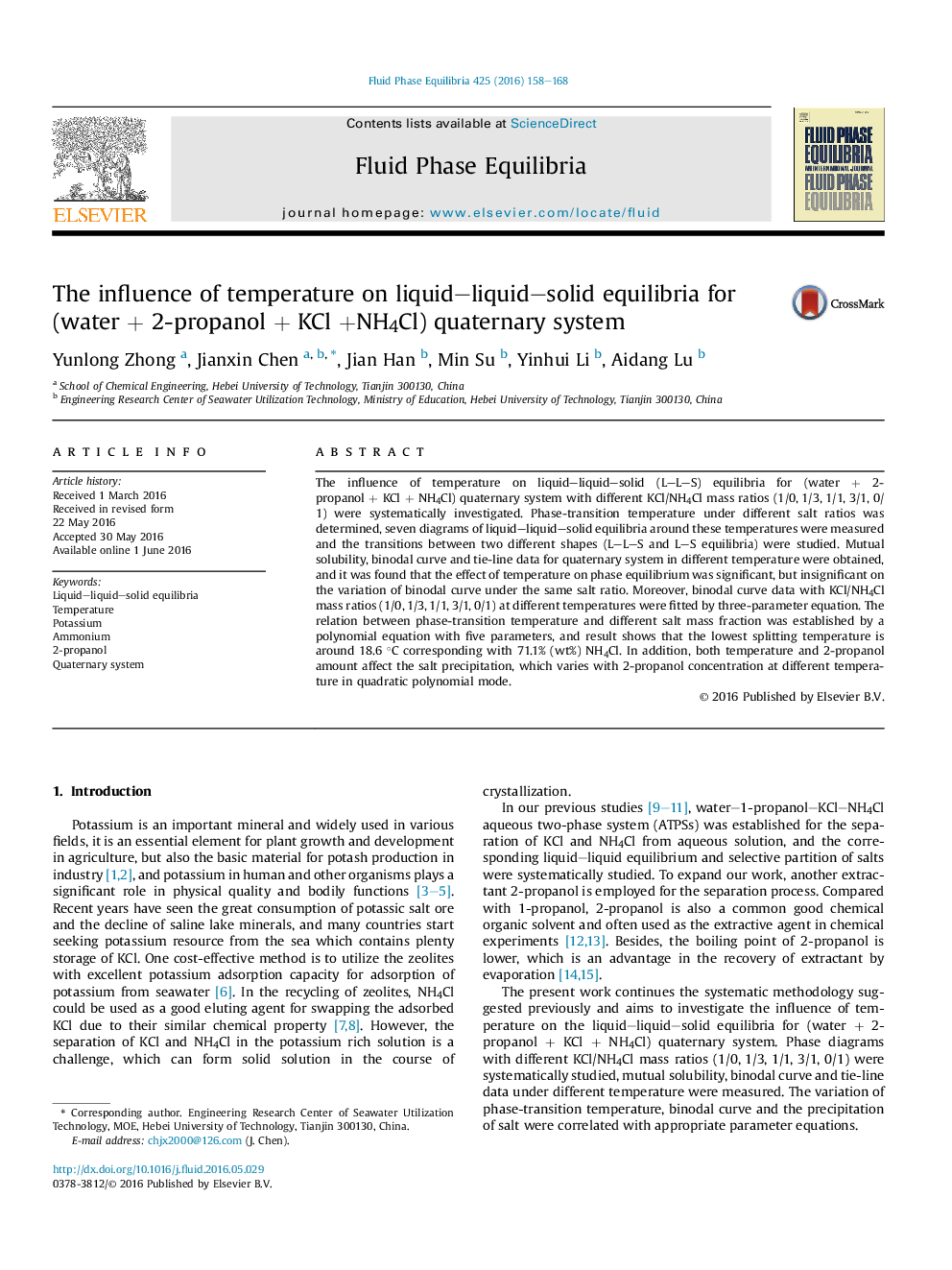 The influence of temperature on liquid–liquid–solid (L–L–S) equilibria for (water + 2-propanol + KCl + NH4Cl) quaternary system with different KCl/NH4Cl mass ratios (1/0, 1/3, 1/1, 3/1, 0/1) were systematically investigated. Phase-transition temperature under different salt ratios was determined, seven diagrams of liquid–liquid–solid equilibria around these temperatures were measured and the transitions between two different shapes (L–L–S and L–S equilibria) were studied. Mutual solubility, binodal curve and tie-line data for quaternary system in different temperature were obtained, and it was found that the effect of temperature on phase equilibrium was significant, but insignificant on the variation of binodal curve under the same salt ratio. Moreover, binodal curve data with KCl/NH4Cl mass ratios (1/0, 1/3, 1/1, 3/1, 0/1) at different temperatures were fitted by three-parameter equation. The relation between phase-transition temperature and different salt mass fraction was established by a polynomial equation with five parameters, and result shows that the lowest splitting temperature is around 18.6 °C corresponding with 71.1% (wt%) NH4Cl. In addition, both temperature and 2-propanol amount affect the salt precipitation, which varies with 2-propanol concentration at different temperature in quadratic polynomial mode.