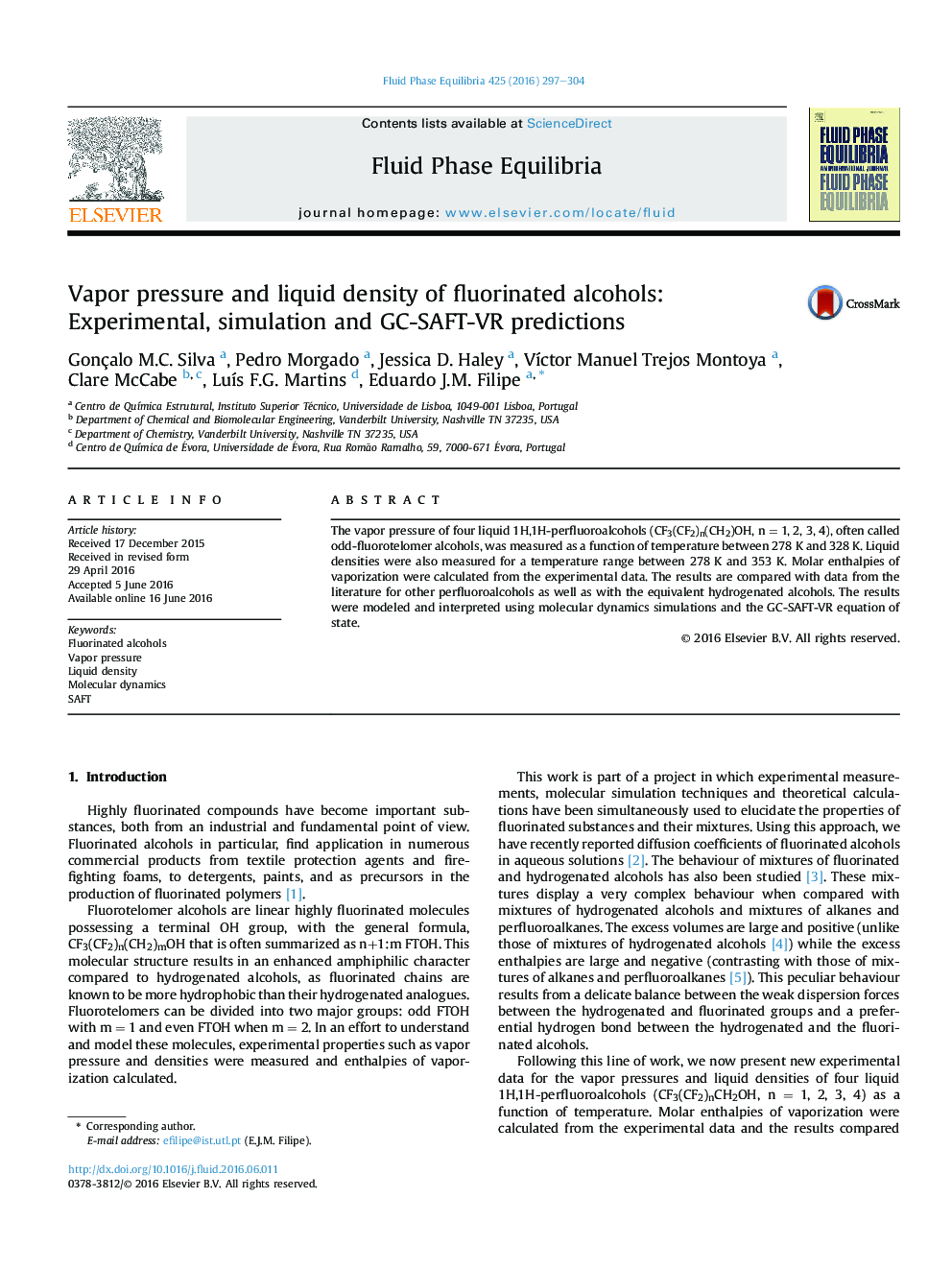 The vapor pressure of four liquid 1H,1H-perfluoroalcohols (CF3(CF2)n(CH2)OH, n = 1, 2, 3, 4), often called odd-fluorotelomer alcohols, was measured as a function of temperature between 278 K and 328 K. Liquid densities were also measured for a temperature range between 278 K and 353 K. Molar enthalpies of vaporization were calculated from the experimental data. The results are compared with data from the literature for other perfluoroalcohols as well as with the equivalent hydrogenated alcohols. The results were modeled and interpreted using molecular dynamics simulations and the GC-SAFT-VR equation of state.