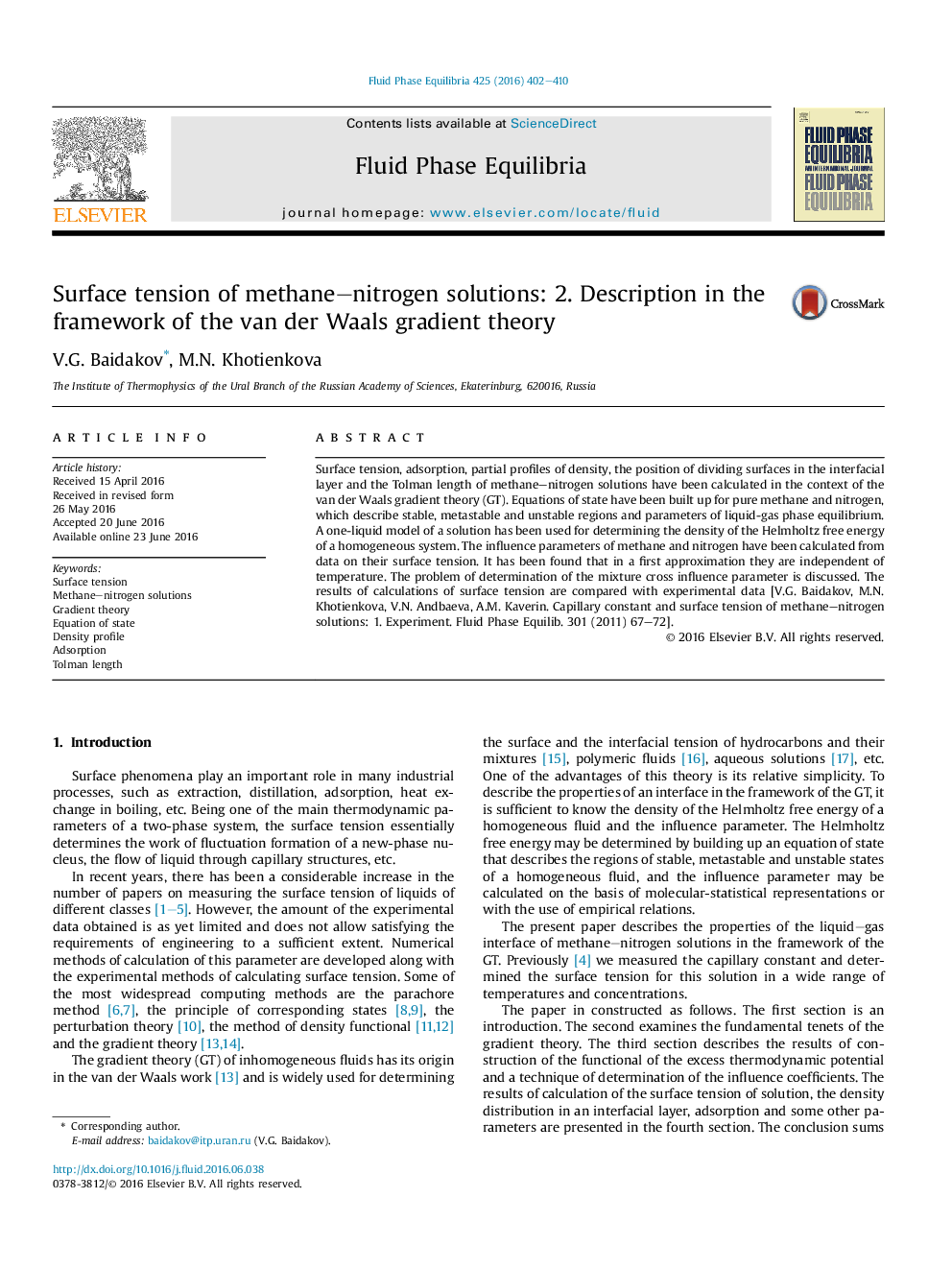 Surface tension, adsorption, partial profiles of density, the position of dividing surfaces in the interfacial layer and the Tolman length of methane–nitrogen solutions have been calculated in the context of the van der Waals gradient theory (GT). Equations of state have been built up for pure methane and nitrogen, which describe stable, metastable and unstable regions and parameters of liquid-gas phase equilibrium. A one-liquid model of a solution has been used for determining the density of the Helmholtz free energy of a homogeneous system. The influence parameters of methane and nitrogen have been calculated from data on their surface tension. It has been found that in a first approximation they are independent of temperature. The problem of determination of the mixture cross influence parameter is discussed. The results of calculations of surface tension are compared with experimental data [V.G. Baidakov, M.N. Khotienkova, V.N. Andbaeva, A.M. Kaverin. Capillary constant and surface tension of methane–nitrogen solutions: 1. Experiment. Fluid Phase Equilib. 301 (2011) 67–72].