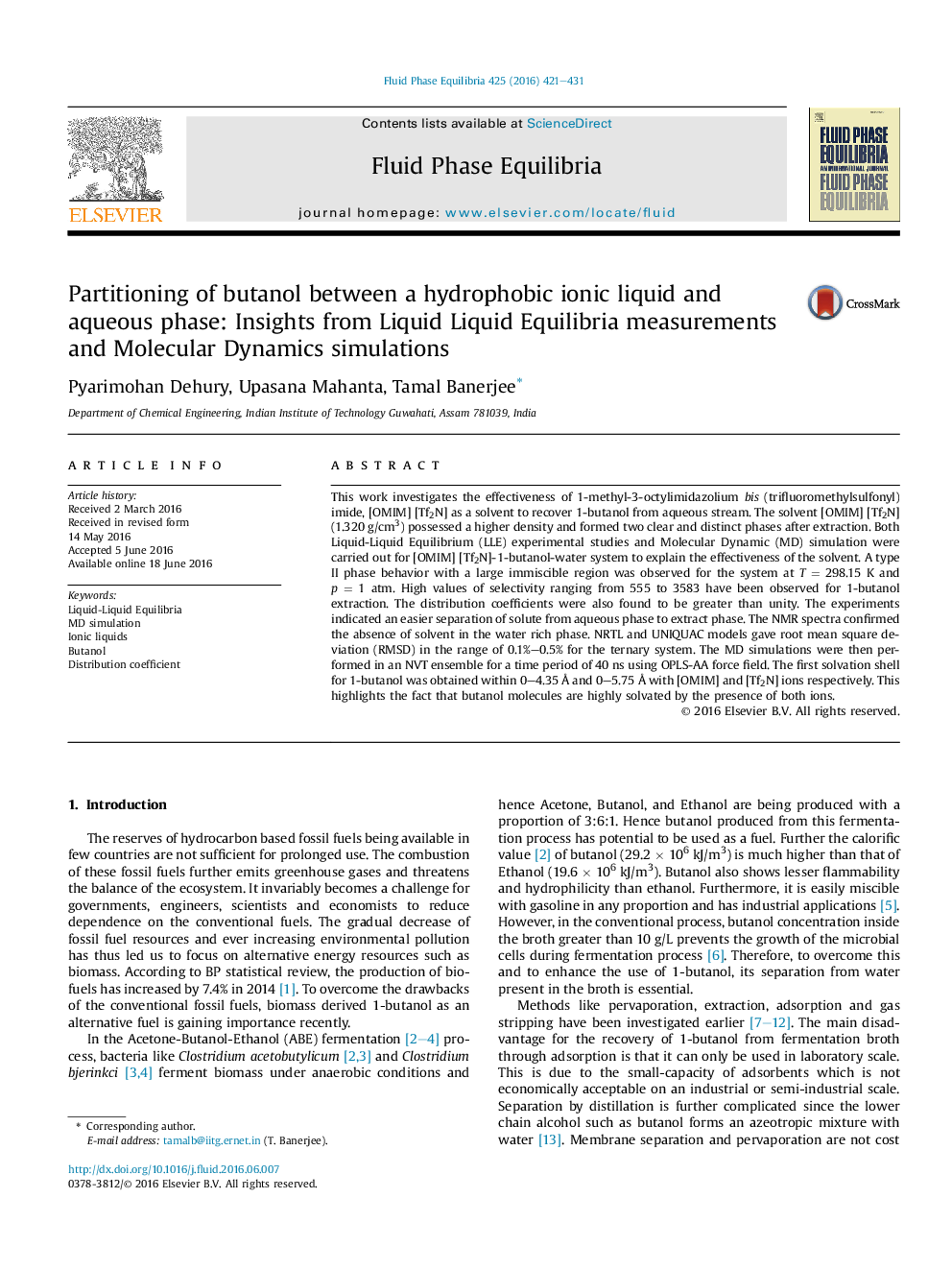 This work investigates the effectiveness of 1-methyl-3-octylimidazolium bis (trifluoromethylsulfonyl) imide, [OMIM] [Tf2N] as a solvent to recover 1-butanol from aqueous stream. The solvent [OMIM] [Tf2N] (1.320 g/cm3) possessed a higher density and formed two clear and distinct phases after extraction. Both Liquid-Liquid Equilibrium (LLE) experimental studies and Molecular Dynamic (MD) simulation were carried out for [OMIM] [Tf2N]-1-butanol-water system to explain the effectiveness of the solvent. A type II phase behavior with a large immiscible region was observed for the system at T = 298.15 K and p = 1 atm. High values of selectivity ranging from 555 to 3583 have been observed for 1-butanol extraction. The distribution coefficients were also found to be greater than unity. The experiments indicated an easier separation of solute from aqueous phase to extract phase. The NMR spectra confirmed the absence of solvent in the water rich phase. NRTL and UNIQUAC models gave root mean square deviation (RMSD) in the range of 0.1%–0.5% for the ternary system. The MD simulations were then performed in an NVT ensemble for a time period of 40 ns using OPLS-AA force field. The first solvation shell for 1-butanol was obtained within 0–4.35 Å and 0–5.75 Å with [OMIM] and [Tf2N] ions respectively. This highlights the fact that butanol molecules are highly solvated by the presence of both ions.