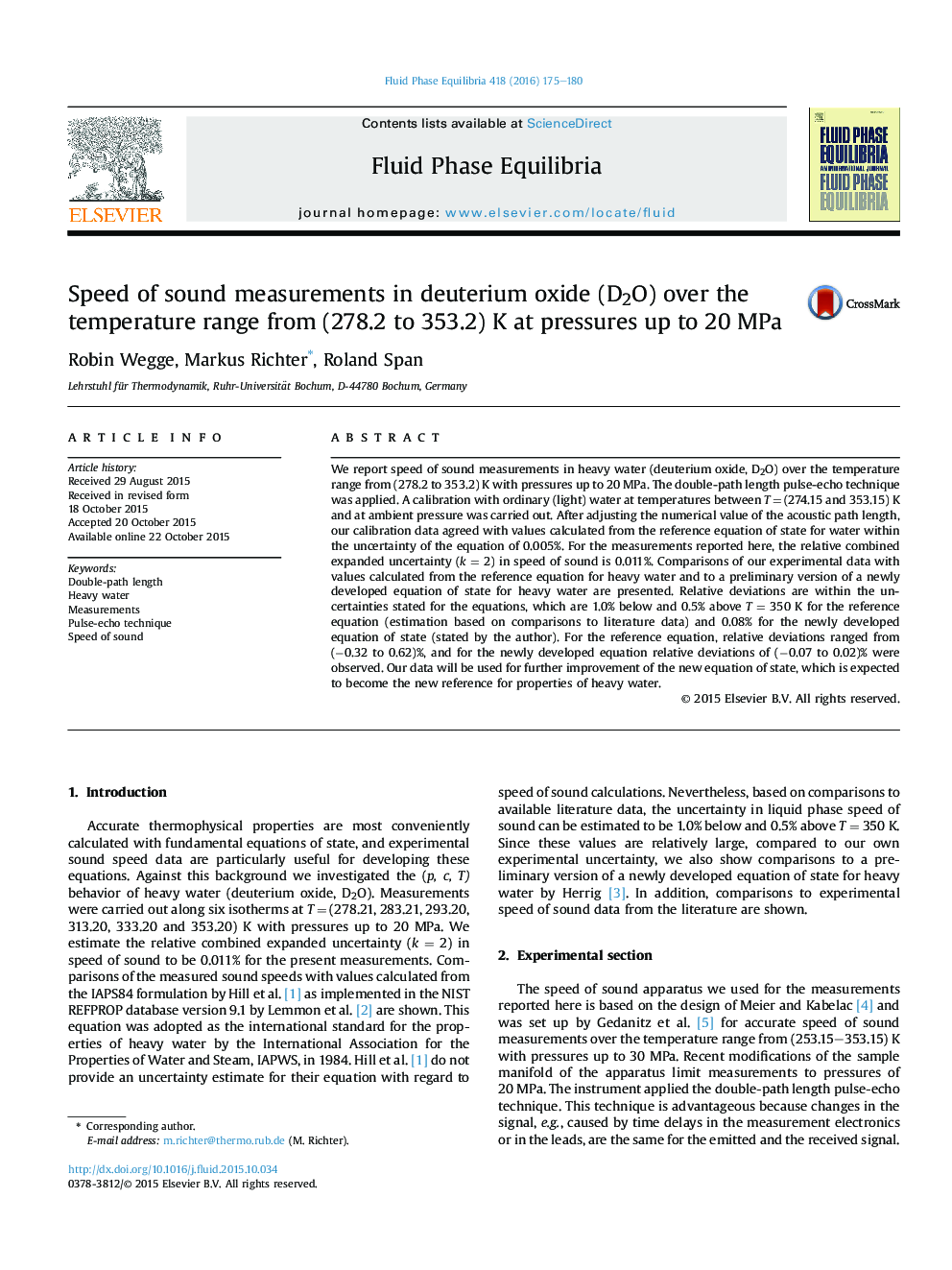 We report speed of sound measurements in heavy water (deuterium oxide, D2O) over the temperature range from (278.2 to 353.2) K with pressures up to 20 MPa. The double-path length pulse-echo technique was applied. A calibration with ordinary (light) water at temperatures between T = (274.15 and 353.15) K and at ambient pressure was carried out. After adjusting the numerical value of the acoustic path length, our calibration data agreed with values calculated from the reference equation of state for water within the uncertainty of the equation of 0.005%. For the measurements reported here, the relative combined expanded uncertainty (k = 2) in speed of sound is 0.011%. Comparisons of our experimental data with values calculated from the reference equation for heavy water and to a preliminary version of a newly developed equation of state for heavy water are presented. Relative deviations are within the uncertainties stated for the equations, which are 1.0% below and 0.5% above T = 350 K for the reference equation (estimation based on comparisons to literature data) and 0.08% for the newly developed equation of state (stated by the author). For the reference equation, relative deviations ranged from (−0.32 to 0.62)%, and for the newly developed equation relative deviations of (−0.07 to 0.02)% were observed. Our data will be used for further improvement of the new equation of state, which is expected to become the new reference for properties of heavy water.