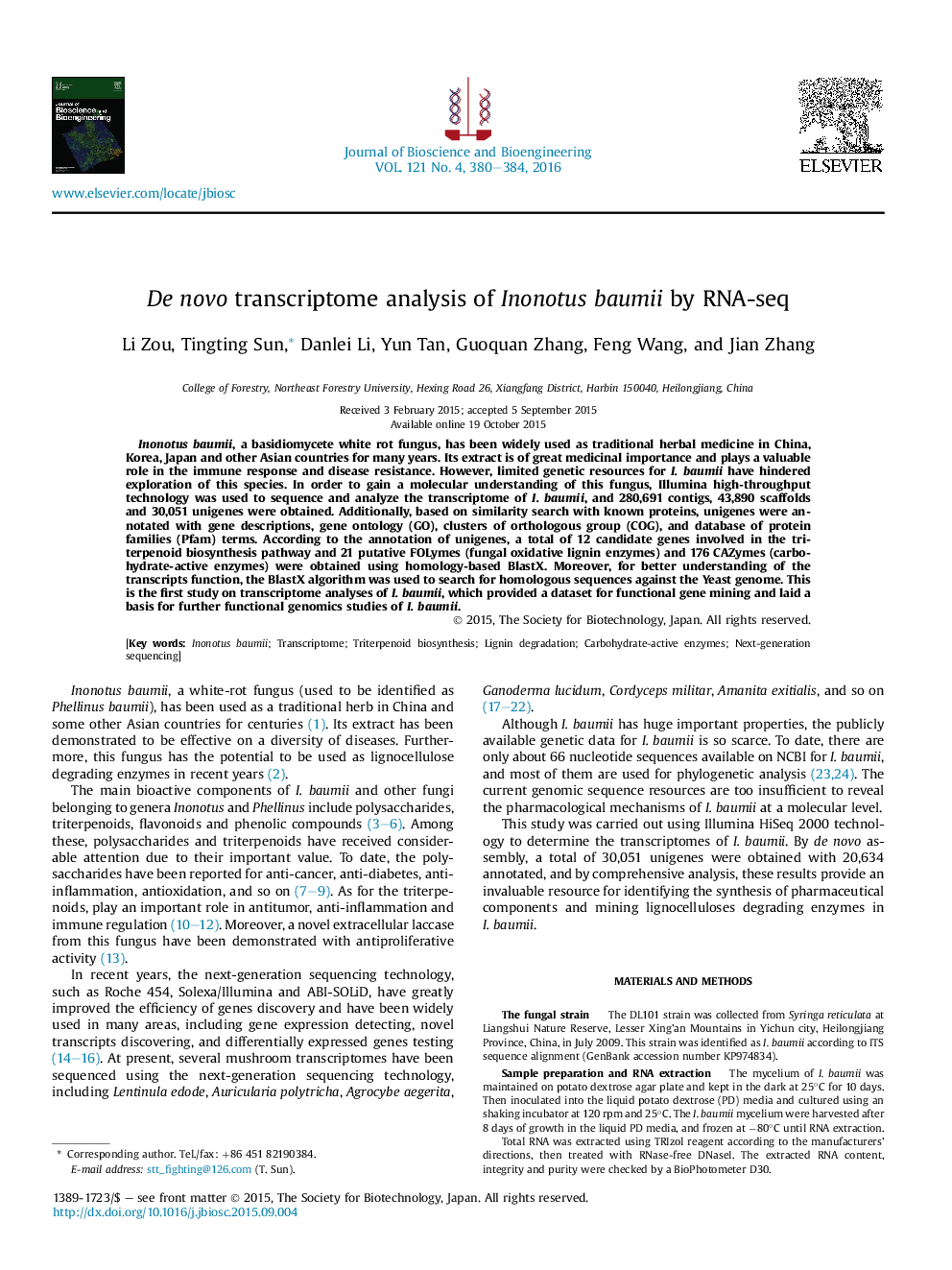 • First publication of the Inonotus baumii transcriptome by Illumina sequencing.
• 30,051 assembled unigenes were obtained including 20,634 unigenes with annotation.
• 12 candidate genes involved in the triterpenoid biosynthesis pathway were found.
• 197 putative wood-degrading genes in the I. baumii transcriptome were obtained.
• Providing insights into the genetic background of I. baumii.

Inonotus baumii, a basidiomycete white rot fungus, has been widely used as traditional herbal medicine in China, Korea, Japan and other Asian countries for many years. Its extract is of great medicinal importance and plays a valuable role in the immune response and disease resistance. However, limited genetic resources for I. baumii have hindered exploration of this species. In order to gain a molecular understanding of this fungus, Illumina high-throughput technology was used to sequence and analyze the transcriptome of I. baumii, and 280,691 contigs, 43,890 scaffolds and 30,051 unigenes were obtained. Additionally, based on similarity search with known proteins, unigenes were annotated with gene descriptions, gene ontology (GO), clusters of orthologous group (COG), and database of protein families (Pfam) terms. According to the annotation of unigenes, a total of 12 candidate genes involved in the triterpenoid biosynthesis pathway and 21 putative FOLymes (fungal oxidative lignin enzymes) and 176 CAZymes (carbohydrate-active enzymes) were obtained using homology-based BlastX. Moreover, for better understanding of the transcripts function, the BlastX algorithm was used to search for homologous sequences against the Yeast genome. This is the first study on transcriptome analyses of I. baumii, which provided a dataset for functional gene mining and laid a basis for further functional genomics studies of I. baumii.