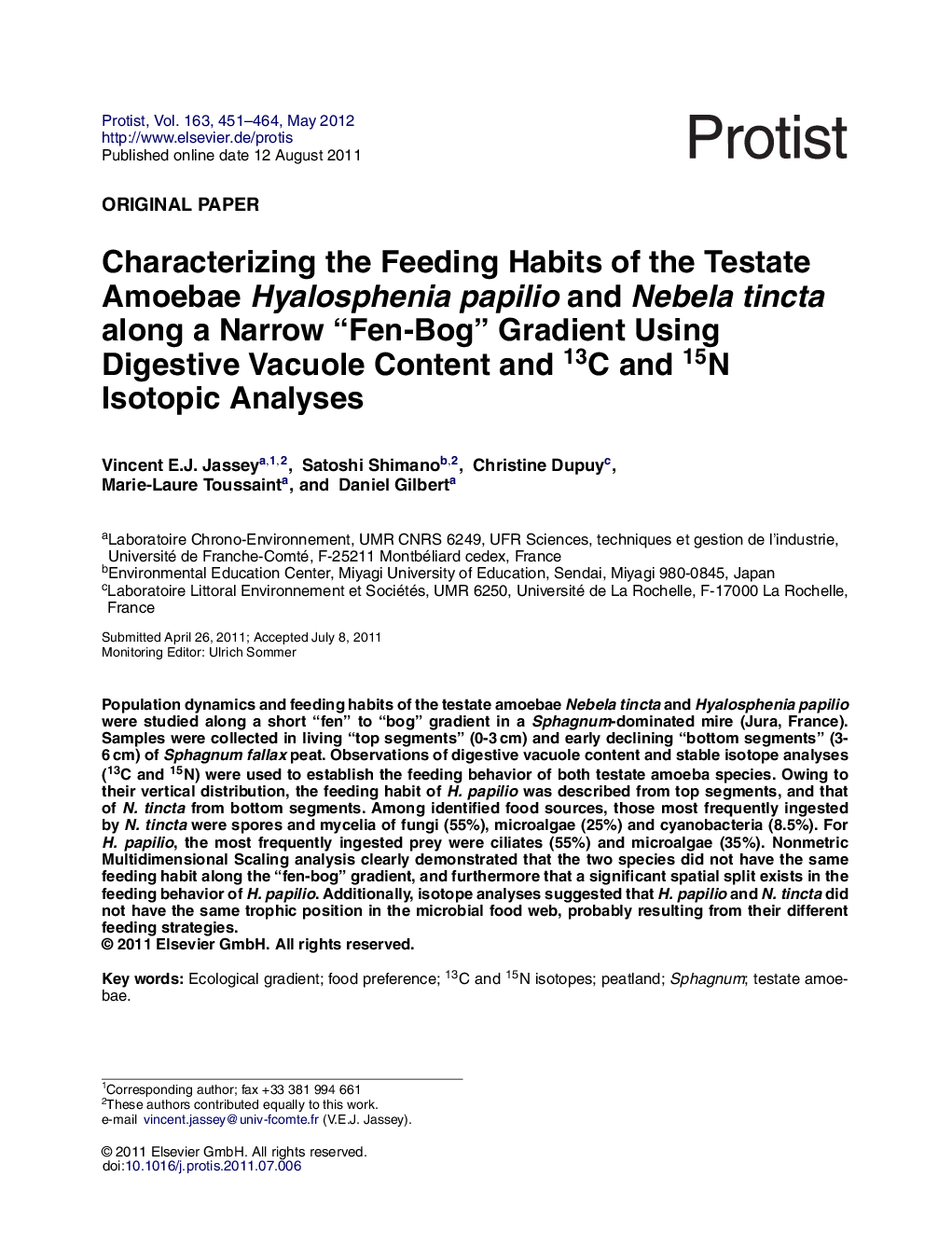 Population dynamics and feeding habits of the testate amoebae Nebela tincta and Hyalosphenia papilio were studied along a short “fen” to “bog” gradient in a Sphagnum-dominated mire (Jura, France). Samples were collected in living “top segments” (0-3 cm) and early declining “bottom segments” (3-6 cm) of Sphagnum fallax peat. Observations of digestive vacuole content and stable isotope analyses (13C and 15N) were used to establish the feeding behavior of both testate amoeba species. Owing to their vertical distribution, the feeding habit of H. papilio was described from top segments, and that of N. tincta from bottom segments. Among identified food sources, those most frequently ingested by N. tincta were spores and mycelia of fungi (55%), microalgae (25%) and cyanobacteria (8.5%). For H. papilio, the most frequently ingested prey were ciliates (55%) and microalgae (35%). Nonmetric Multidimensional Scaling analysis clearly demonstrated that the two species did not have the same feeding habit along the “fen-bog” gradient, and furthermore that a significant spatial split exists in the feeding behavior of H. papilio. Additionally, isotope analyses suggested that H. papilio and N. tincta did not have the same trophic position in the microbial food web, probably resulting from their different feeding strategies.