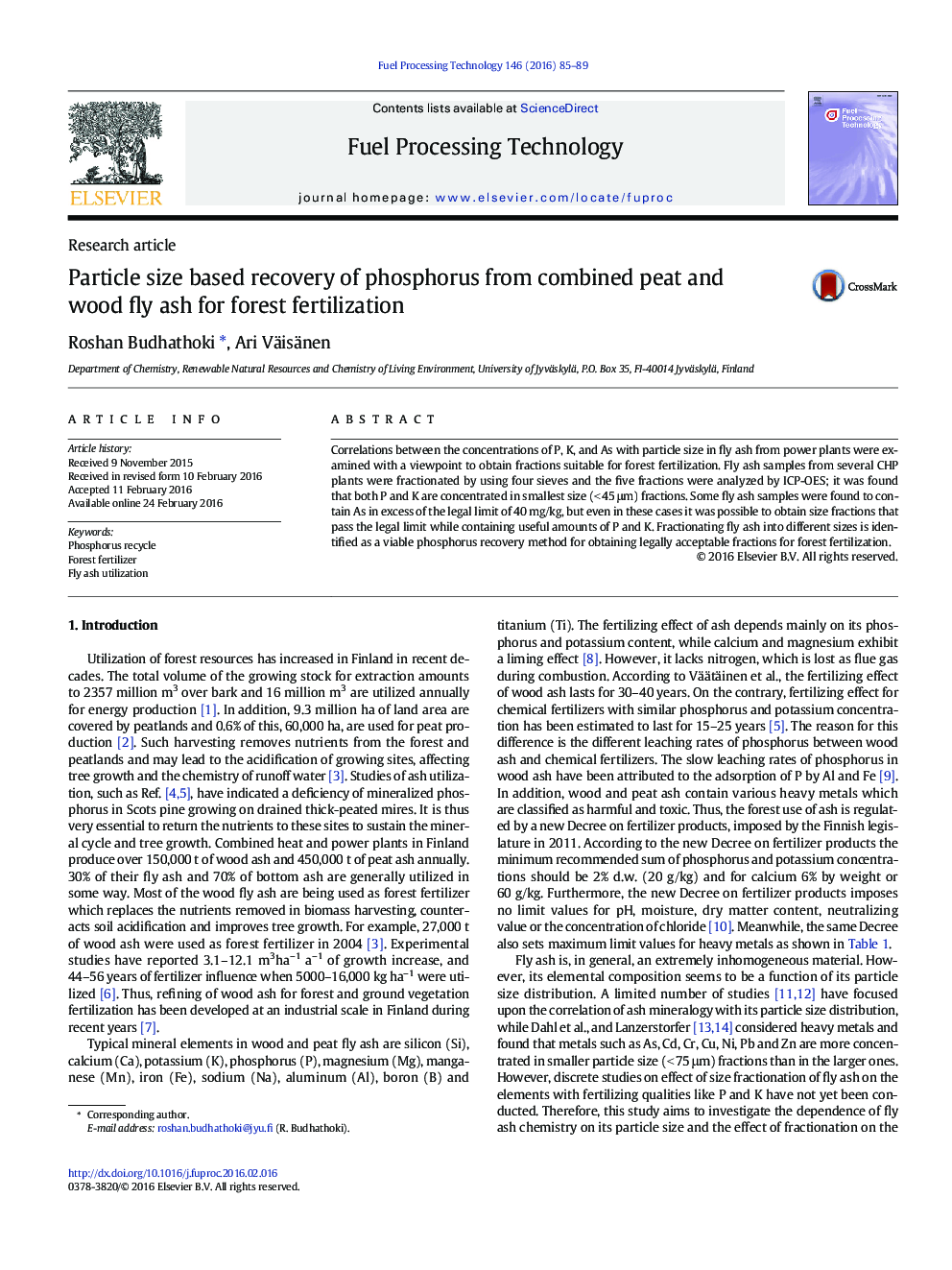 • Elemental P and K in fractionated fly ash are concentrated in the smallest size (< 45 μm) fraction up to a factor of 1.3–2.
• Selection of suitable fly ash fraction depends on concentration of heavy metals and the limit value imposed by legislation.
• Fractionation of fly ash allows obtaining legally acceptable fractions from restricted fly ash for forest fertilization.

Correlations between the concentrations of P, K, and As with particle size in fly ash from power plants were examined with a viewpoint to obtain fractions suitable for forest fertilization. Fly ash samples from several CHP plants were fractionated by using four sieves and the five fractions were analyzed by ICP-OES; it was found that both P and K are concentrated in smallest size (< 45 μm) fractions. Some fly ash samples were found to contain As in excess of the legal limit of 40 mg/kg, but even in these cases it was possible to obtain size fractions that pass the legal limit while containing useful amounts of P and K. Fractionating fly ash into different sizes is identified as a viable phosphorus recovery method for obtaining legally acceptable fractions for forest fertilization.