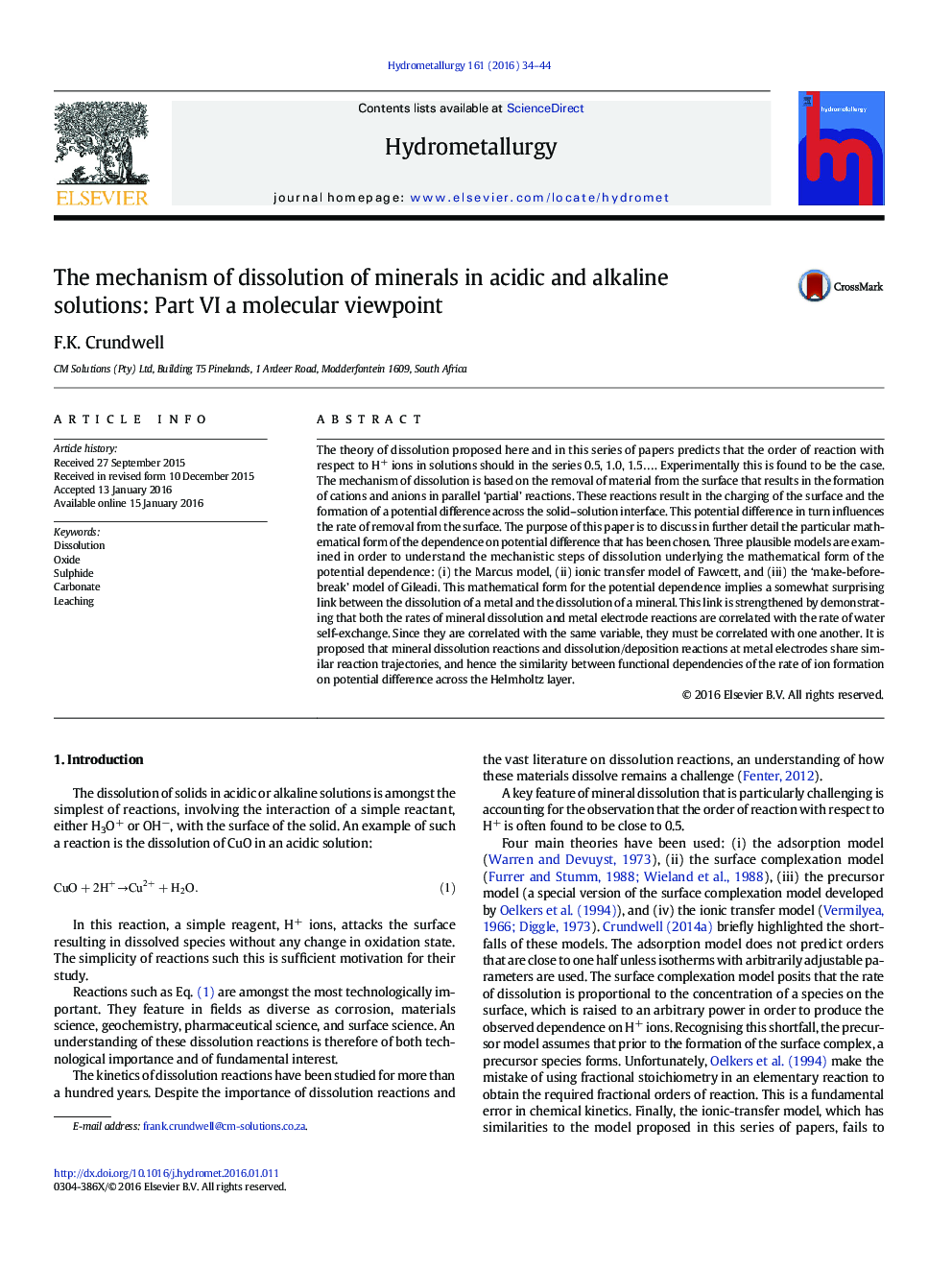 The theory of dissolution proposed here and in this series of papers predicts that the order of reaction with respect to H+ ions in solutions should in the series 0.5, 1.0, 1.5…. Experimentally this is found to be the case. The mechanism of dissolution is based on the removal of material from the surface that results in the formation of cations and anions in parallel ‘partial’ reactions. These reactions result in the charging of the surface and the formation of a potential difference across the solid–solution interface. This potential difference in turn influences the rate of removal from the surface. The purpose of this paper is to discuss in further detail the particular mathematical form of the dependence on potential difference that has been chosen. Three plausible models are examined in order to understand the mechanistic steps of dissolution underlying the mathematical form of the potential dependence: (i) the Marcus model, (ii) ionic transfer model of Fawcett, and (iii) the ‘make-before-break’ model of Gileadi. This mathematical form for the potential dependence implies a somewhat surprising link between the dissolution of a metal and the dissolution of a mineral. This link is strengthened by demonstrating that both the rates of mineral dissolution and metal electrode reactions are correlated with the rate of water self-exchange. Since they are correlated with the same variable, they must be correlated with one another. It is proposed that mineral dissolution reactions and dissolution/deposition reactions at metal electrodes share similar reaction trajectories, and hence the similarity between functional dependencies of the rate of ion formation on potential difference across the Helmholtz layer.