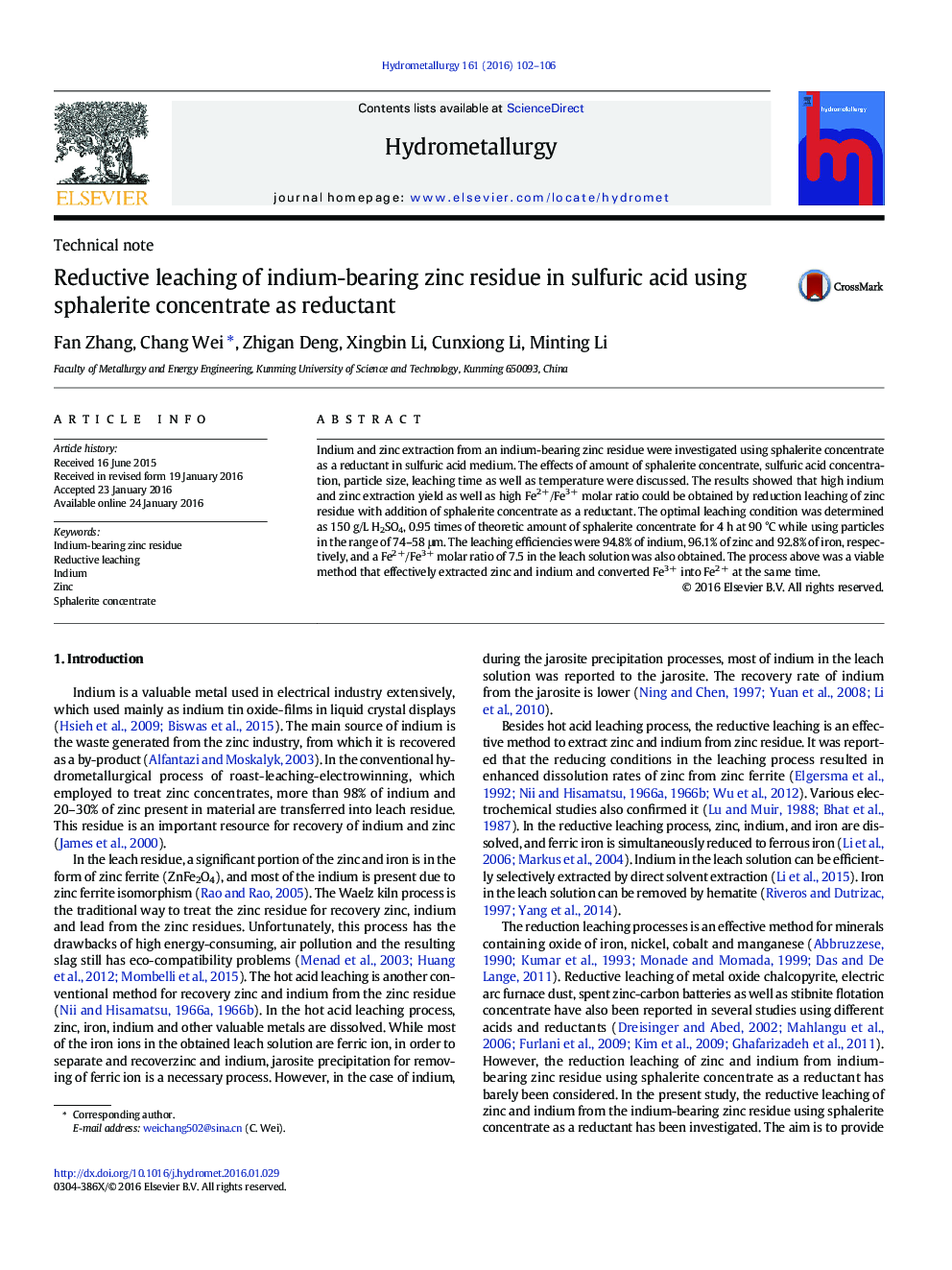 Indium and zinc extraction from an indium-bearing zinc residue were investigated using sphalerite concentrate as a reductant in sulfuric acid medium. The effects of amount of sphalerite concentrate, sulfuric acid concentration, particle size, leaching time as well as temperature were discussed. The results showed that high indium and zinc extraction yield as well as high Fe2 +/Fe3 + molar ratio could be obtained by reduction leaching of zinc residue with addition of sphalerite concentrate as a reductant. The optimal leaching condition was determined as 150 g/L H2SO4, 0.95 times of theoretic amount of sphalerite concentrate for 4 h at 90 °C while using particles in the range of 74–58 μm. The leaching efficiencies were 94.8% of indium, 96.1% of zinc and 92.8% of iron, respectively, and a Fe2 +/Fe3 + molar ratio of 7.5 in the leach solution was also obtained. The process above was a viable method that effectively extracted zinc and indium and converted Fe3 + into Fe2 + at the same time.