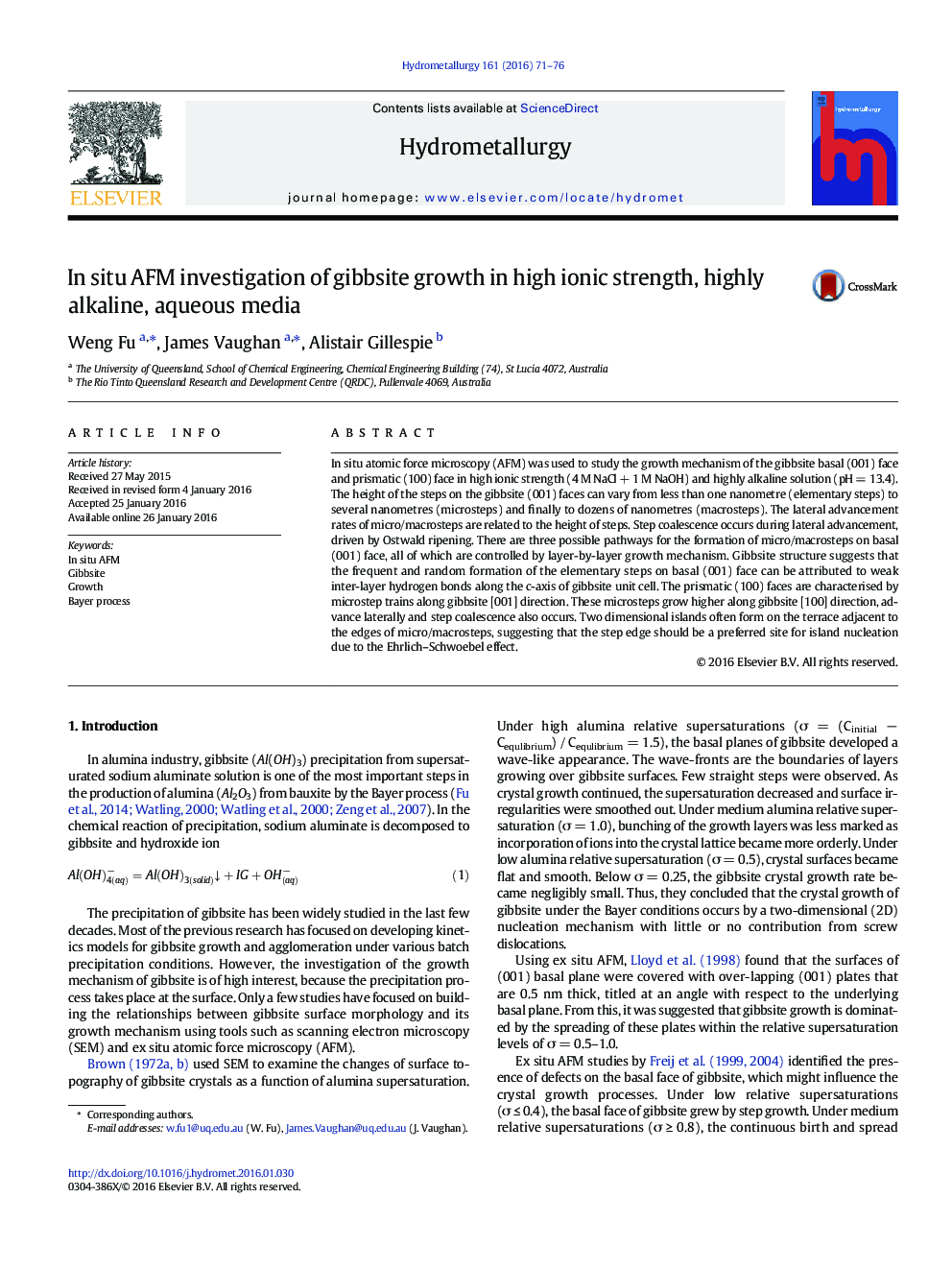 • In situ AFM was employed to study the gibbsite growth on (001) and (100) face of industrial gibbsite crystals.
• There are three possible pathways for the formation of micro/macrosteps on gibbsite (001) face.
• The frequent formation and destruction of elementary steps on (001) face is attributed to weak inter-layer hydrogen bonds.

In situ atomic force microscopy (AFM) was used to study the growth mechanism of the gibbsite basal (001) face and prismatic (100) face in high ionic strength (4 M NaCl + 1 M NaOH) and highly alkaline solution (pH = 13.4). The height of the steps on the gibbsite (001) faces can vary from less than one nanometre (elementary steps) to several nanometres (microsteps) and finally to dozens of nanometres (macrosteps). The lateral advancement rates of micro/macrosteps are related to the height of steps. Step coalescence occurs during lateral advancement, driven by Ostwald ripening. There are three possible pathways for the formation of micro/macrosteps on basal (001) face, all of which are controlled by layer-by-layer growth mechanism. Gibbsite structure suggests that the frequent and random formation of the elementary steps on basal (001) face can be attributed to weak inter-layer hydrogen bonds along the c-axis of gibbsite unit cell. The prismatic (100) faces are characterised by microstep trains along gibbsite [001] direction. These microsteps grow higher along gibbsite [100] direction, advance laterally and step coalescence also occurs. Two dimensional islands often form on the terrace adjacent to the edges of micro/macrosteps, suggesting that the step edge should be a preferred site for island nucleation due to the Ehrlich–Schwoebel effect.