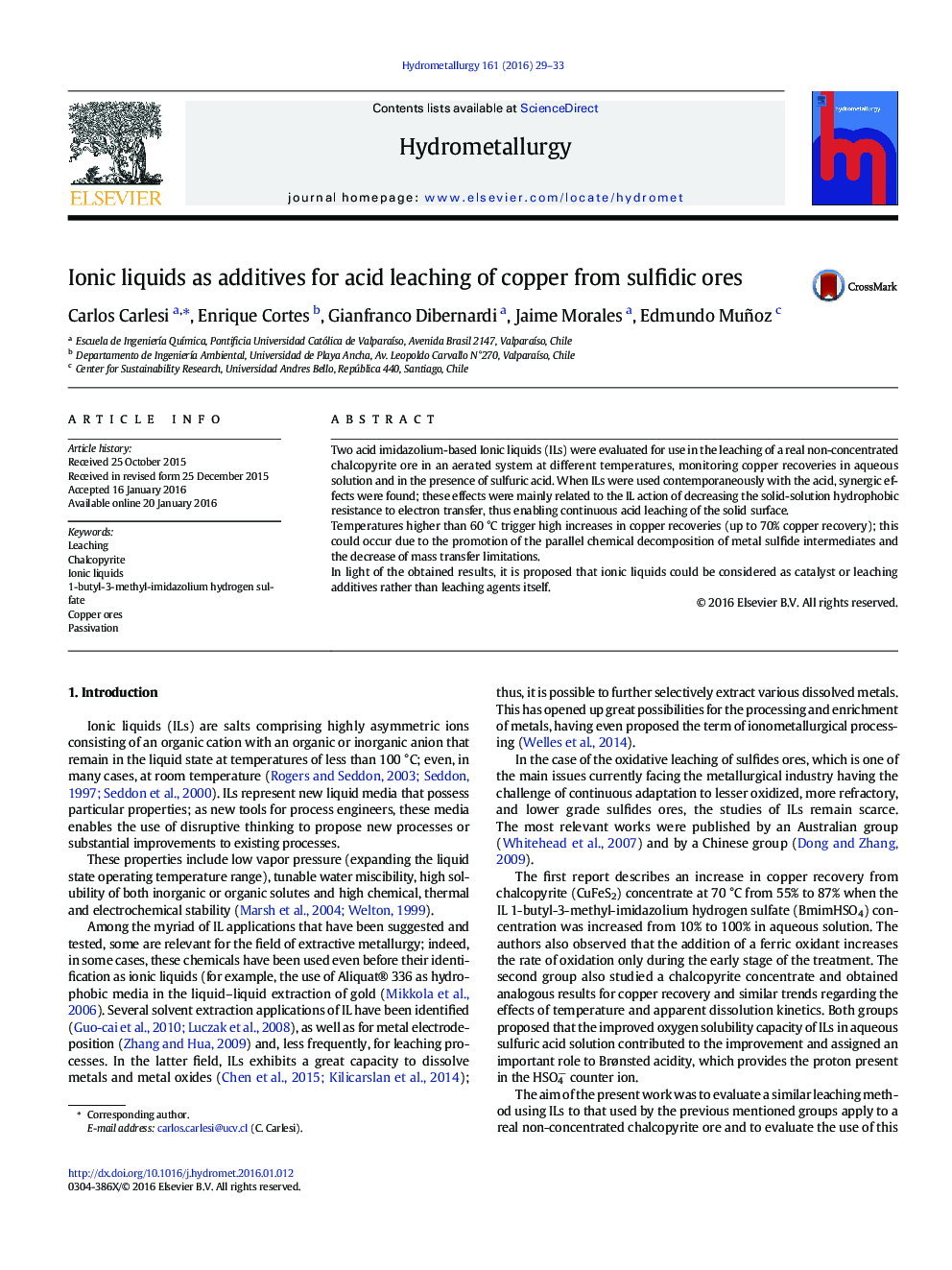 • Acids Ionic liquids (ILs) were evaluated in the leaching of real chalcopyrite ore.
• When ILs were used dilute in H2SO4 solution, synergic effects were found
• ILs could decrease surface-solution hydrophobic resistance to electron transfer.
• Temperature promotes intermediate decomposition and reduces mass transfer issues.
• IL could be considered as catalyst or leaching additive rather than a leaching agent.

Two acid imidazolium-based Ionic liquids (ILs) were evaluated for use in the leaching of a real non-concentrated chalcopyrite ore in an aerated system at different temperatures, monitoring copper recoveries in aqueous solution and in the presence of sulfuric acid. When ILs were used contemporaneously with the acid, synergic effects were found; these effects were mainly related to the IL action of decreasing the solid-solution hydrophobic resistance to electron transfer, thus enabling continuous acid leaching of the solid surface.Temperatures higher than 60 °C trigger high increases in copper recoveries (up to 70% copper recovery); this could occur due to the promotion of the parallel chemical decomposition of metal sulfide intermediates and the decrease of mass transfer limitations.In light of the obtained results, it is proposed that ionic liquids could be considered as catalyst or leaching additives rather than leaching agents itself.