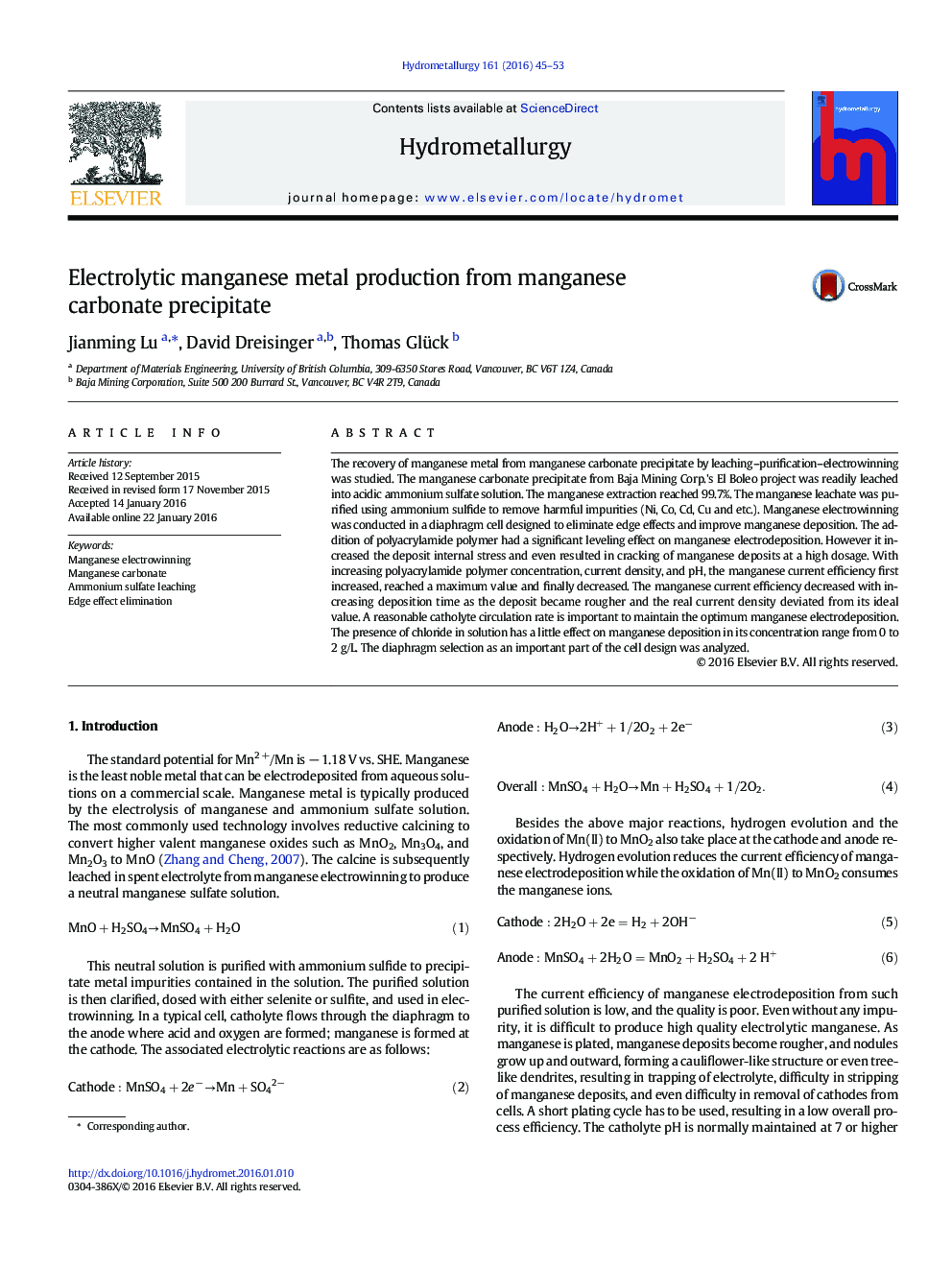 • High purity Mn was produced from MnCO3 precipitate by leaching–purification–electrowinning.
• The design of a lab cell was analyzed to eliminate the edge effect.
• Electrowinning conditions were investigated to optimize manganese electrowinning.
• A compact manganese deposit can be produced with the addition of polyacrylamide polymer.
• The diaphragm selection as an important part of a cell design was analyzed.

The recovery of manganese metal from manganese carbonate precipitate by leaching–purification–electrowinning was studied. The manganese carbonate precipitate from Baja Mining Corp.'s El Boleo project was readily leached into acidic ammonium sulfate solution. The manganese extraction reached 99.7%. The manganese leachate was purified using ammonium sulfide to remove harmful impurities (Ni, Co, Cd, Cu and etc.). Manganese electrowinning was conducted in a diaphragm cell designed to eliminate edge effects and improve manganese deposition. The addition of polyacrylamide polymer had a significant leveling effect on manganese electrodeposition. However it increased the deposit internal stress and even resulted in cracking of manganese deposits at a high dosage. With increasing polyacrylamide polymer concentration, current density, and pH, the manganese current efficiency first increased, reached a maximum value and finally decreased. The manganese current efficiency decreased with increasing deposition time as the deposit became rougher and the real current density deviated from its ideal value. A reasonable catholyte circulation rate is important to maintain the optimum manganese electrodeposition. The presence of chloride in solution has a little effect on manganese deposition in its concentration range from 0 to 2 g/L. The diaphragm selection as an important part of the cell design was analyzed.