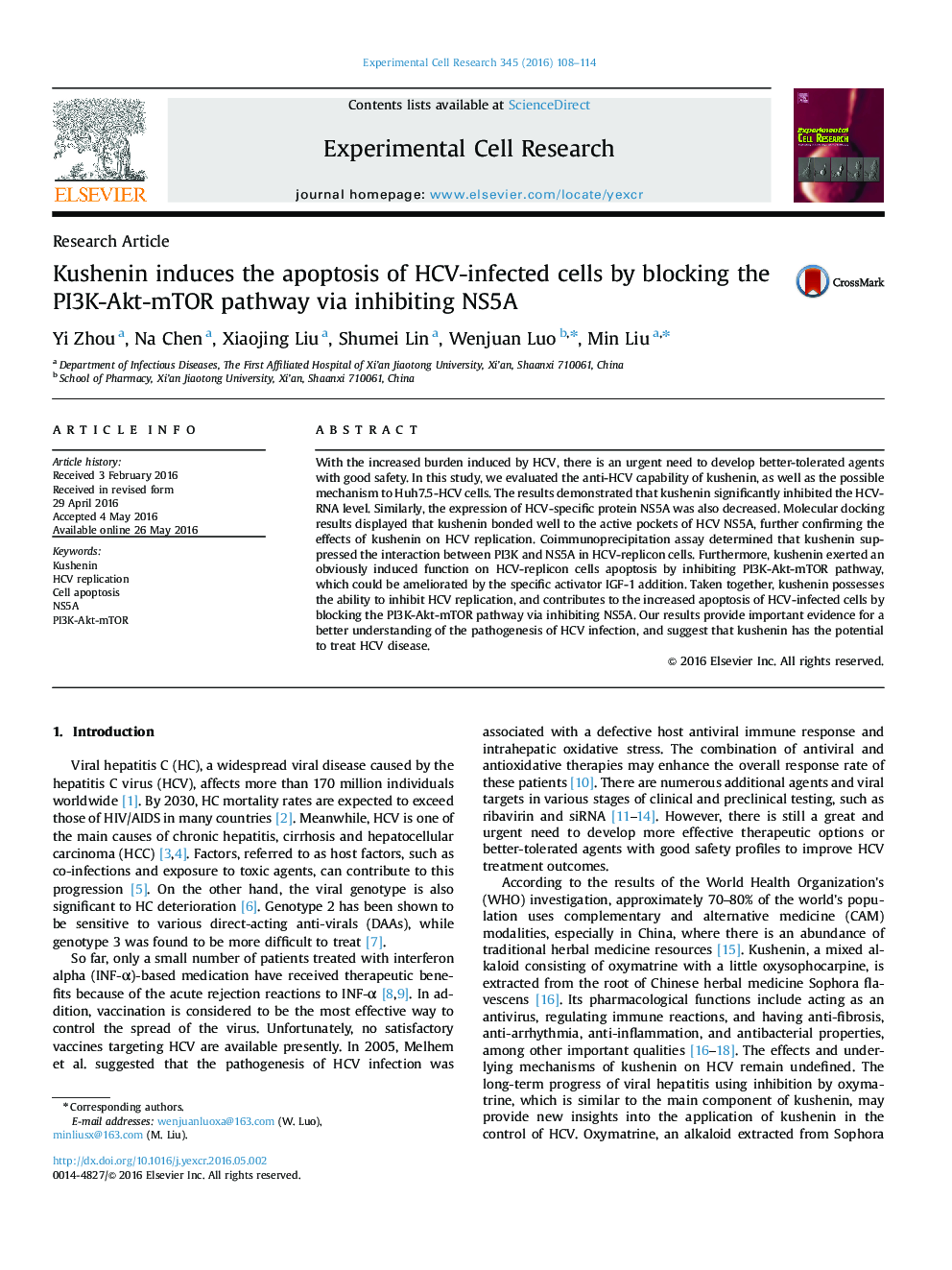 With the increased burden induced by HCV, there is an urgent need to develop better-tolerated agents with good safety. In this study, we evaluated the anti-HCV capability of kushenin, as well as the possible mechanism to Huh7.5-HCV cells. The results demonstrated that kushenin significantly inhibited the HCV-RNA level. Similarly, the expression of HCV-specific protein NS5A was also decreased. Molecular docking results displayed that kushenin bonded well to the active pockets of HCV NS5A, further confirming the effects of kushenin on HCV replication. Coimmunoprecipitation assay determined that kushenin suppressed the interaction between PI3K and NS5A in HCV-replicon cells. Furthermore, kushenin exerted an obviously induced function on HCV-replicon cells apoptosis by inhibiting PI3K-Akt-mTOR pathway, which could be ameliorated by the specific activator IGF-1 addition. Taken together, kushenin possesses the ability to inhibit HCV replication, and contributes to the increased apoptosis of HCV-infected cells by blocking the PI3K-Akt-mTOR pathway via inhibiting NS5A. Our results provide important evidence for a better understanding of the pathogenesis of HCV infection, and suggest that kushenin has the potential to treat HCV disease.