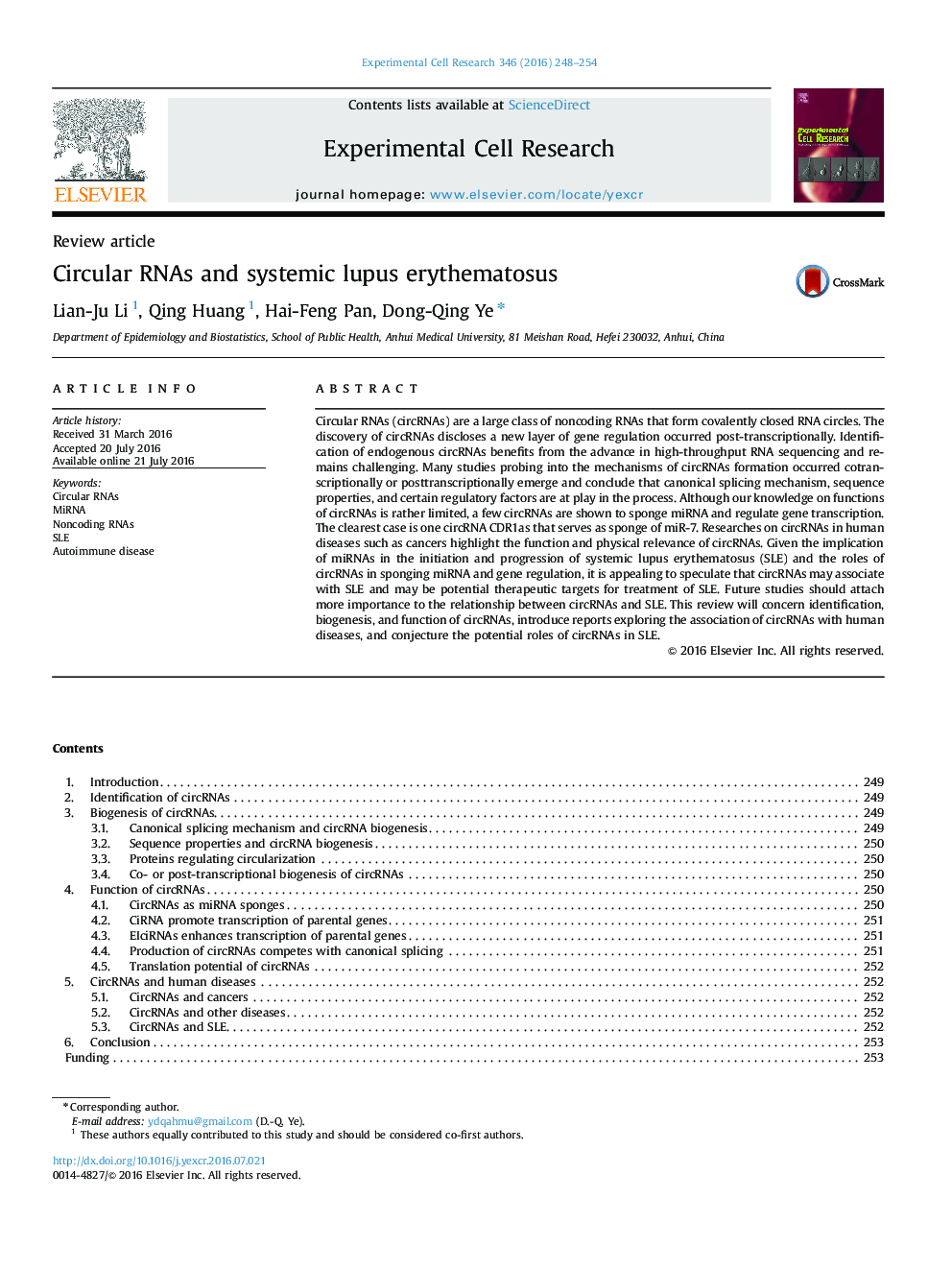 • Studies have discovered thousands of circRNAs and interpreted their biogenesis.
• Cytoplasmic circRNAs sponge miRNA and nuclear circRNAs modulate gene transcription.
• Aberrant expression of circRNAs has been observed in various cancers.
• CircRNAs may partake in the pathogenesis of systemic lupus erythematosus.

Circular RNAs (circRNAs) are a large class of noncoding RNAs that form covalently closed RNA circles. The discovery of circRNAs discloses a new layer of gene regulation occurred post-transcriptionally. Identification of endogenous circRNAs benefits from the advance in high-throughput RNA sequencing and remains challenging. Many studies probing into the mechanisms of circRNAs formation occurred cotranscriptionally or posttranscriptionally emerge and conclude that canonical splicing mechanism, sequence properties, and certain regulatory factors are at play in the process. Although our knowledge on functions of circRNAs is rather limited, a few circRNAs are shown to sponge miRNA and regulate gene transcription. The clearest case is one circRNA CDR1as that serves as sponge of miR-7. Researches on circRNAs in human diseases such as cancers highlight the function and physical relevance of circRNAs. Given the implication of miRNAs in the initiation and progression of systemic lupus erythematosus (SLE) and the roles of circRNAs in sponging miRNA and gene regulation, it is appealing to speculate that circRNAs may associate with SLE and may be potential therapeutic targets for treatment of SLE. Future studies should attach more importance to the relationship between circRNAs and SLE. This review will concern identification, biogenesis, and function of circRNAs, introduce reports exploring the association of circRNAs with human diseases, and conjecture the potential roles of circRNAs in SLE.