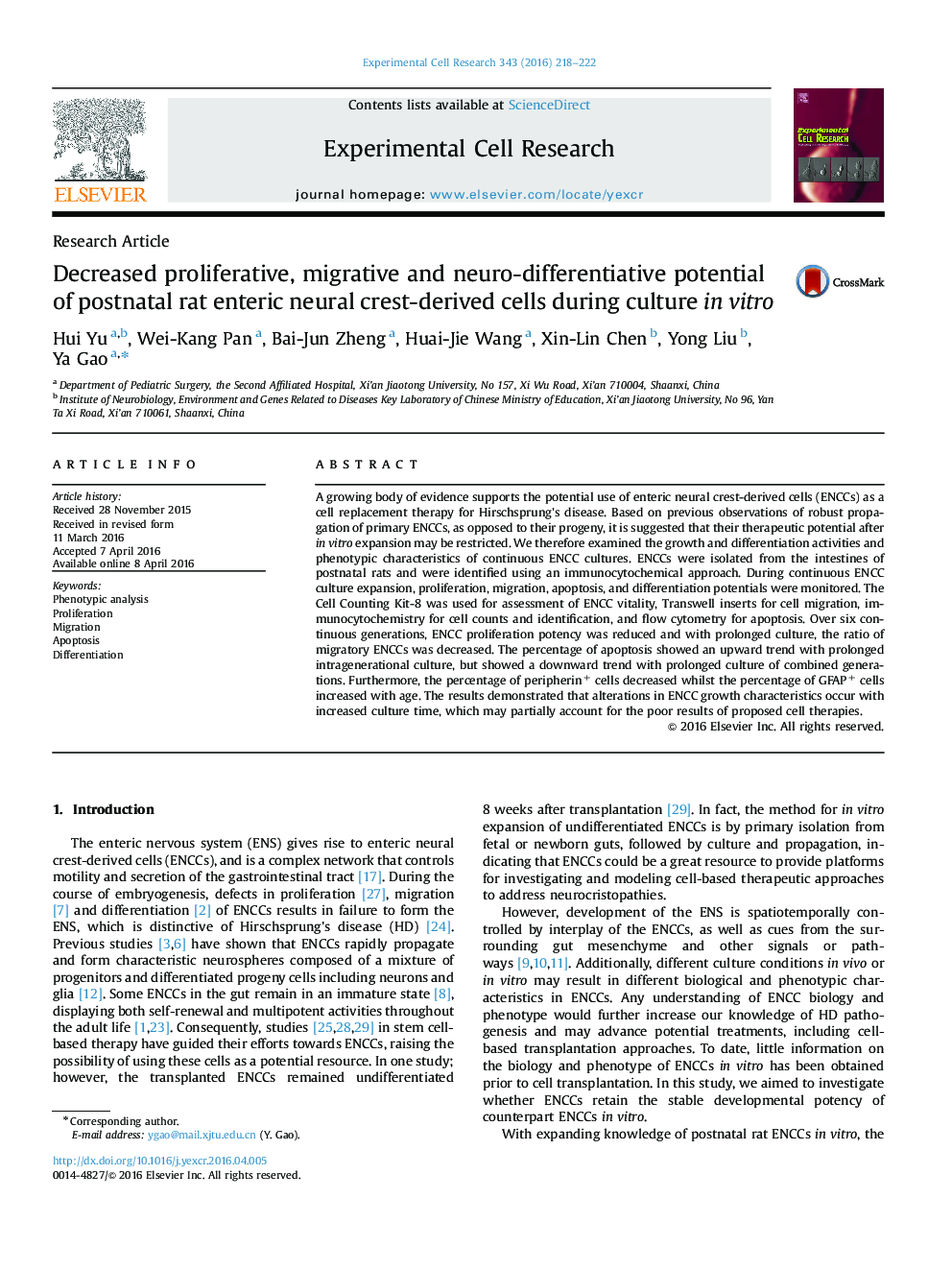 A growing body of evidence supports the potential use of enteric neural crest-derived cells (ENCCs) as a cell replacement therapy for Hirschsprung's disease. Based on previous observations of robust propagation of primary ENCCs, as opposed to their progeny, it is suggested that their therapeutic potential after in vitro expansion may be restricted. We therefore examined the growth and differentiation activities and phenotypic characteristics of continuous ENCC cultures. ENCCs were isolated from the intestines of postnatal rats and were identified using an immunocytochemical approach. During continuous ENCC culture expansion, proliferation, migration, apoptosis, and differentiation potentials were monitored. The Cell Counting Kit-8 was used for assessment of ENCC vitality, Transwell inserts for cell migration, immunocytochemistry for cell counts and identification, and flow cytometry for apoptosis. Over six continuous generations, ENCC proliferation potency was reduced and with prolonged culture, the ratio of migratory ENCCs was decreased. The percentage of apoptosis showed an upward trend with prolonged intragenerational culture, but showed a downward trend with prolonged culture of combined generations. Furthermore, the percentage of peripherin+ cells decreased whilst the percentage of GFAP+ cells increased with age. The results demonstrated that alterations in ENCC growth characteristics occur with increased culture time, which may partially account for the poor results of proposed cell therapies.