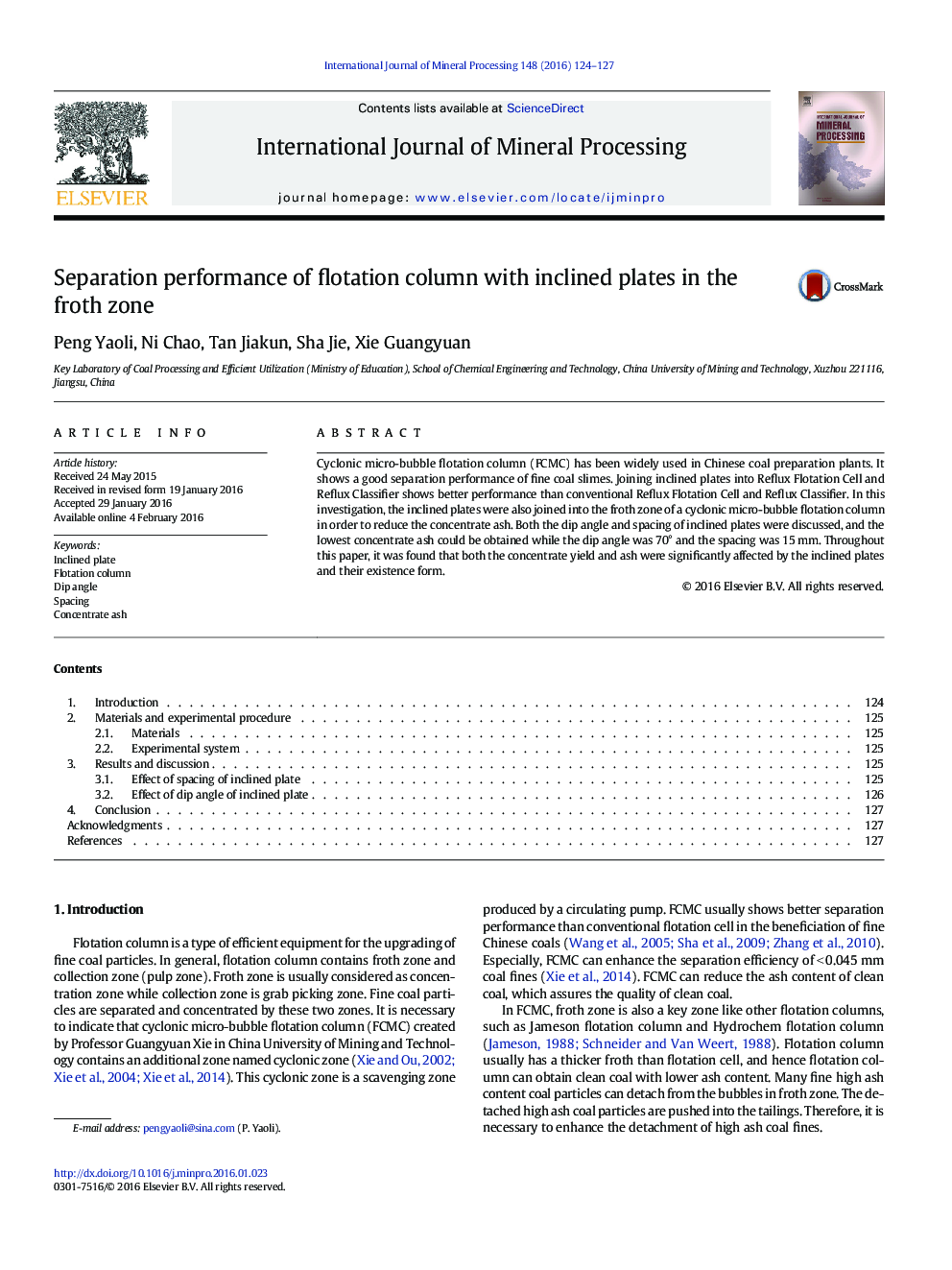 Cyclonic micro-bubble flotation column (FCMC) has been widely used in Chinese coal preparation plants. It shows a good separation performance of fine coal slimes. Joining inclined plates into Reflux Flotation Cell and Reflux Classifier shows better performance than conventional Reflux Flotation Cell and Reflux Classifier. In this investigation, the inclined plates were also joined into the froth zone of a cyclonic micro-bubble flotation column in order to reduce the concentrate ash. Both the dip angle and spacing of inclined plates were discussed, and the lowest concentrate ash could be obtained while the dip angle was 70° and the spacing was 15 mm. Throughout this paper, it was found that both the concentrate yield and ash were significantly affected by the inclined plates and their existence form.