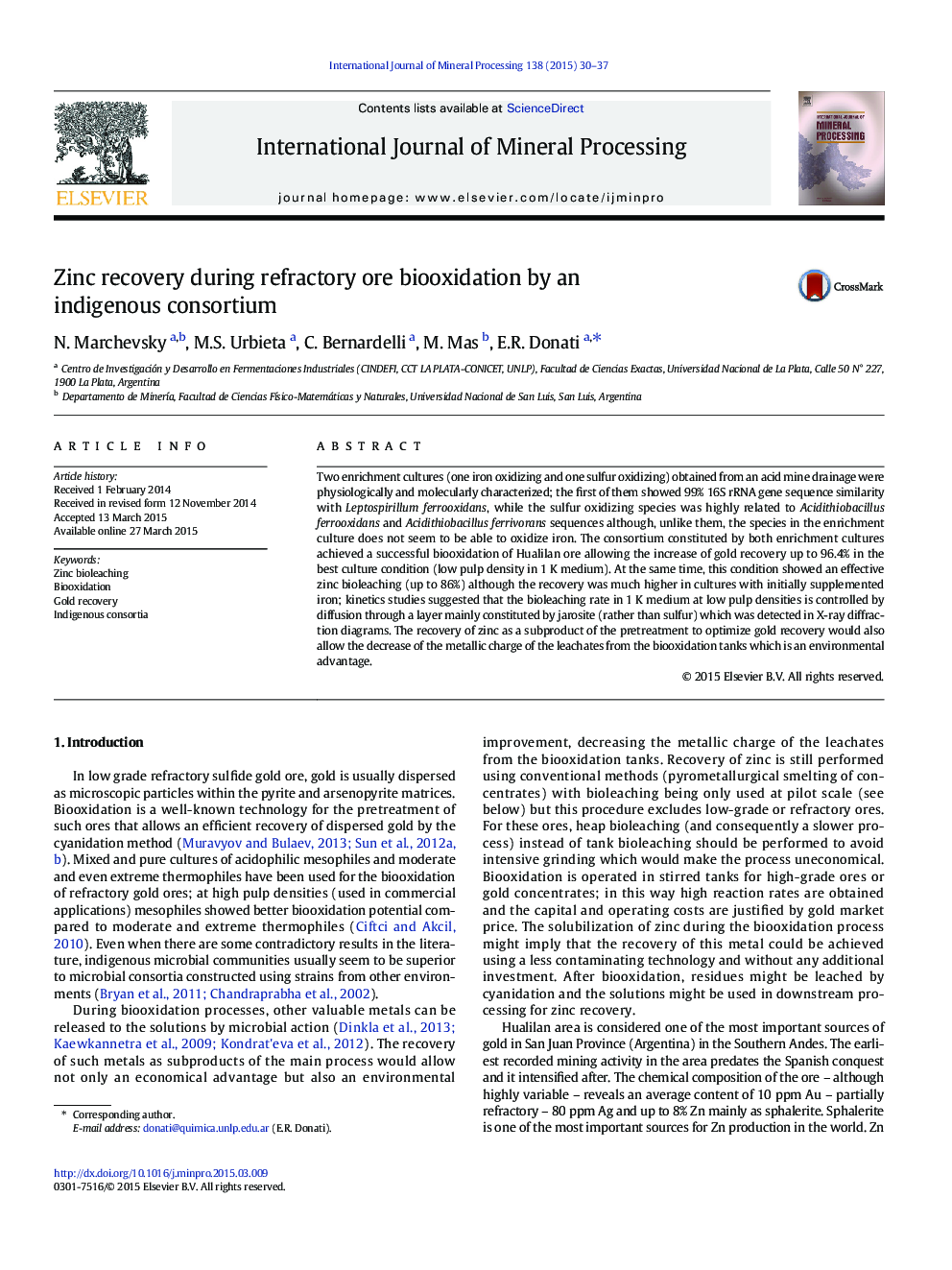 Two enrichment cultures (one iron oxidizing and one sulfur oxidizing) obtained from an acid mine drainage were physiologically and molecularly characterized; the first of them showed 99% 16S rRNA gene sequence similarity with Leptospirillum ferrooxidans, while the sulfur oxidizing species was highly related to Acidithiobacillus ferrooxidans and Acidithiobacillus ferrivorans sequences although, unlike them, the species in the enrichment culture does not seem to be able to oxidize iron. The consortium constituted by both enrichment cultures achieved a successful biooxidation of Hualilan ore allowing the increase of gold recovery up to 96.4% in the best culture condition (low pulp density in 1 K medium). At the same time, this condition showed an effective zinc bioleaching (up to 86%) although the recovery was much higher in cultures with initially supplemented iron; kinetics studies suggested that the bioleaching rate in 1 K medium at low pulp densities is controlled by diffusion through a layer mainly constituted by jarosite (rather than sulfur) which was detected in X-ray diffraction diagrams. The recovery of zinc as a subproduct of the pretreatment to optimize gold recovery would also allow the decrease of the metallic charge of the leachates from the biooxidation tanks which is an environmental advantage.