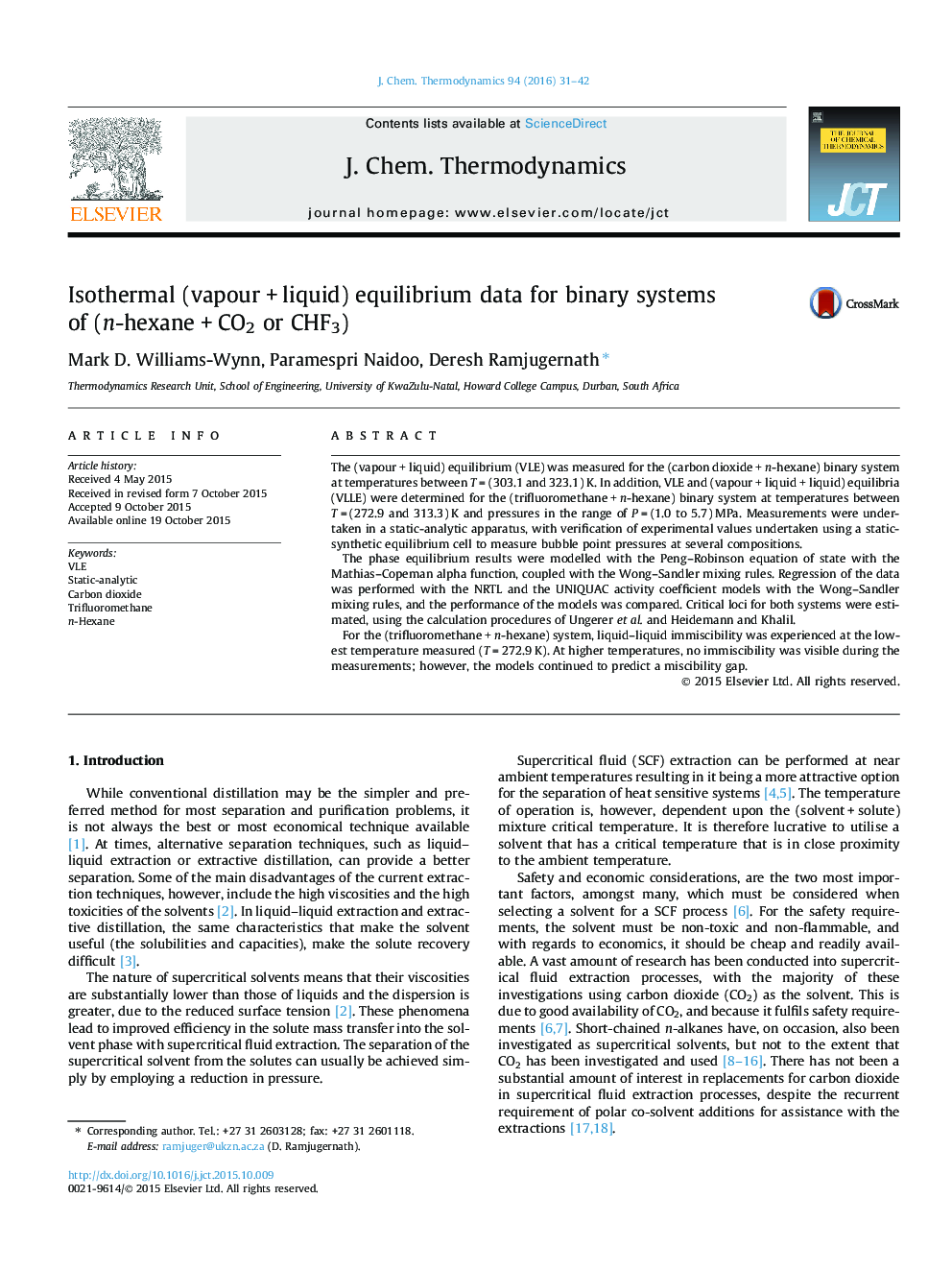 The (vapour + liquid) equilibrium (VLE) was measured for the (carbon dioxide + n-hexane) binary system at temperatures between T = (303.1 and 323.1) K. In addition, VLE and (vapour + liquid + liquid) equilibria (VLLE) were determined for the (trifluoromethane + n-hexane) binary system at temperatures between T = (272.9 and 313.3) K and pressures in the range of P = (1.0 to 5.7) MPa. Measurements were undertaken in a static-analytic apparatus, with verification of experimental values undertaken using a static-synthetic equilibrium cell to measure bubble point pressures at several compositions.The phase equilibrium results were modelled with the Peng–Robinson equation of state with the Mathias–Copeman alpha function, coupled with the Wong–Sandler mixing rules. Regression of the data was performed with the NRTL and the UNIQUAC activity coefficient models with the Wong–Sandler mixing rules, and the performance of the models was compared. Critical loci for both systems were estimated, using the calculation procedures of Ungerer et al. and Heidemann and Khalil.For the (trifluoromethane + n-hexane) system, liquid–liquid immiscibility was experienced at the lowest temperature measured (T = 272.9 K). At higher temperatures, no immiscibility was visible during the measurements; however, the models continued to predict a miscibility gap.