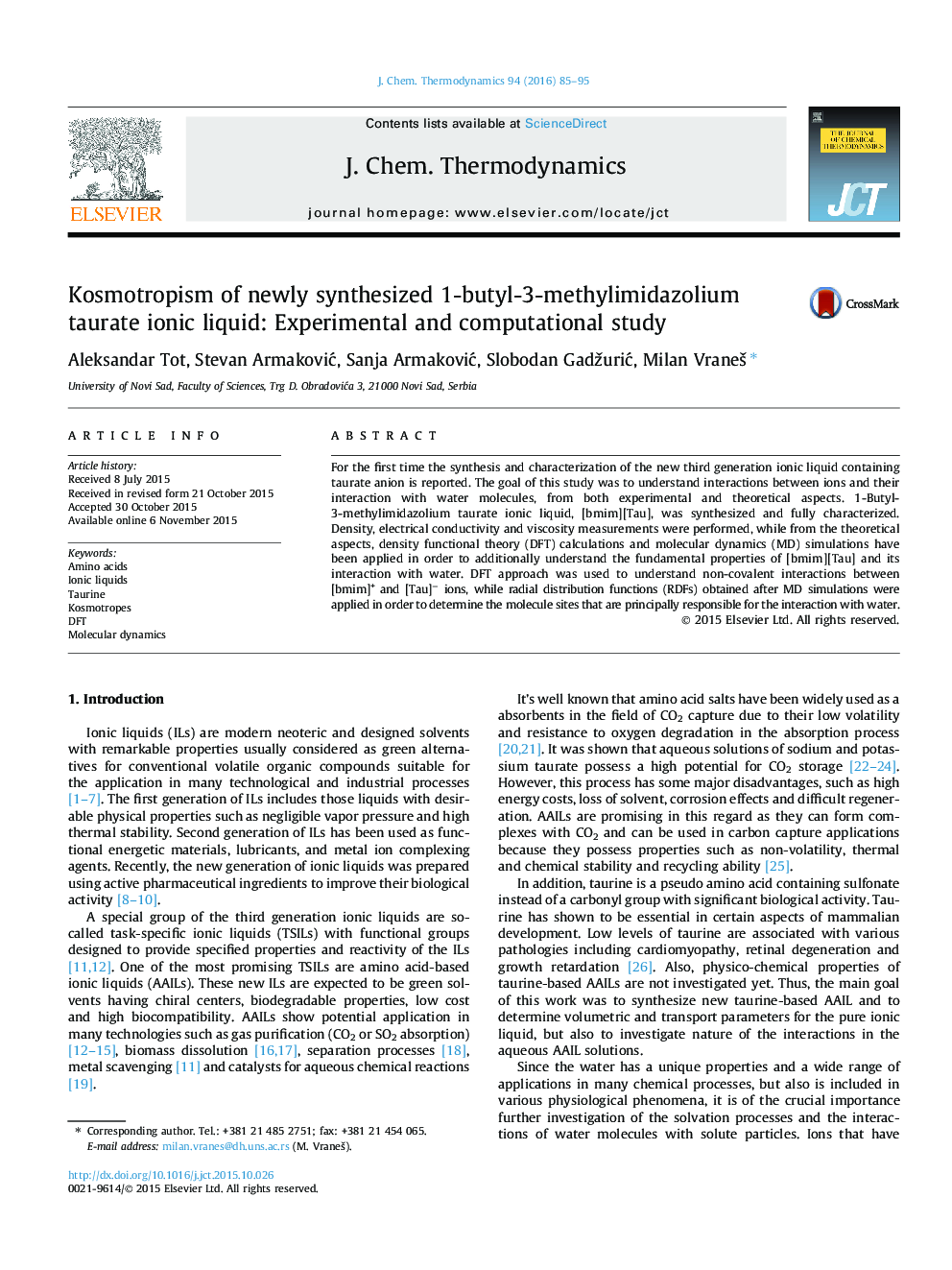 For the first time the synthesis and characterization of the new third generation ionic liquid containing taurate anion is reported. The goal of this study was to understand interactions between ions and their interaction with water molecules, from both experimental and theoretical aspects. 1-Butyl-3-methylimidazolium taurate ionic liquid, [bmim][Tau], was synthesized and fully characterized. Density, electrical conductivity and viscosity measurements were performed, while from the theoretical aspects, density functional theory (DFT) calculations and molecular dynamics (MD) simulations have been applied in order to additionally understand the fundamental properties of [bmim][Tau] and its interaction with water. DFT approach was used to understand non-covalent interactions between [bmim]+ and [Tau]− ions, while radial distribution functions (RDFs) obtained after MD simulations were applied in order to determine the molecule sites that are principally responsible for the interaction with water.