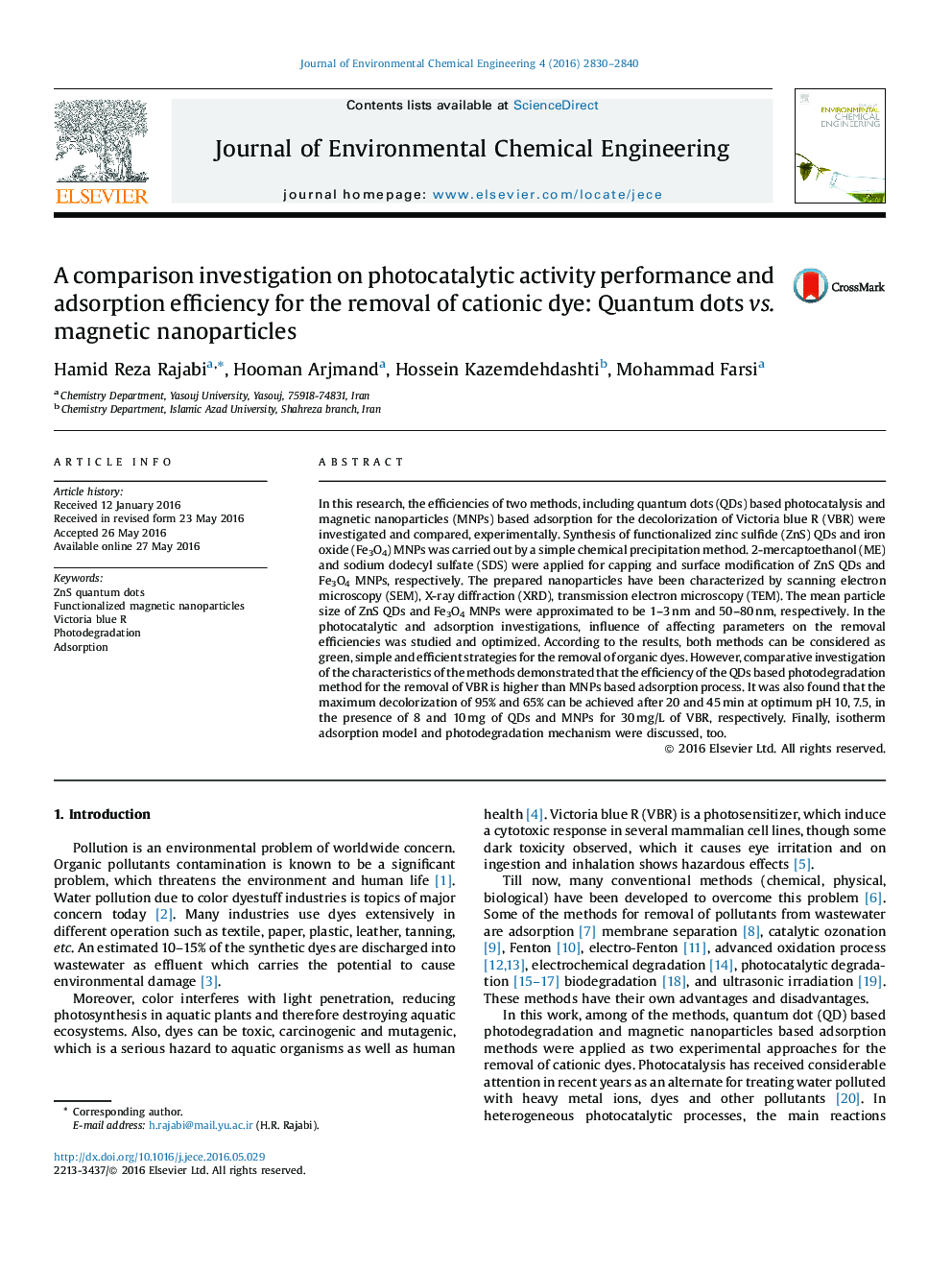 In this research, the efficiencies of two methods, including quantum dots (QDs) based photocatalysis and magnetic nanoparticles (MNPs) based adsorption for the decolorization of Victoria blue R (VBR) were investigated and compared, experimentally. Synthesis of functionalized zinc sulfide (ZnS) QDs and iron oxide (Fe3O4) MNPs was carried out by a simple chemical precipitation method. 2-mercaptoethanol (ME) and sodium dodecyl sulfate (SDS) were applied for capping and surface modification of ZnS QDs and Fe3O4 MNPs, respectively. The prepared nanoparticles have been characterized by scanning electron microscopy (SEM), X-ray diffraction (XRD), transmission electron microscopy (TEM). The mean particle size of ZnS QDs and Fe3O4 MNPs were approximated to be 1–3 nm and 50–80 nm, respectively. In the photocatalytic and adsorption investigations, influence of affecting parameters on the removal efficiencies was studied and optimized. According to the results, both methods can be considered as green, simple and efficient strategies for the removal of organic dyes. However, comparative investigation of the characteristics of the methods demonstrated that the efficiency of the QDs based photodegradation method for the removal of VBR is higher than MNPs based adsorption process. It was also found that the maximum decolorization of 95% and 65% can be achieved after 20 and 45 min at optimum pH 10, 7.5, in the presence of 8 and 10 mg of QDs and MNPs for 30 mg/L of VBR, respectively. Finally, isotherm adsorption model and photodegradation mechanism were discussed, too.