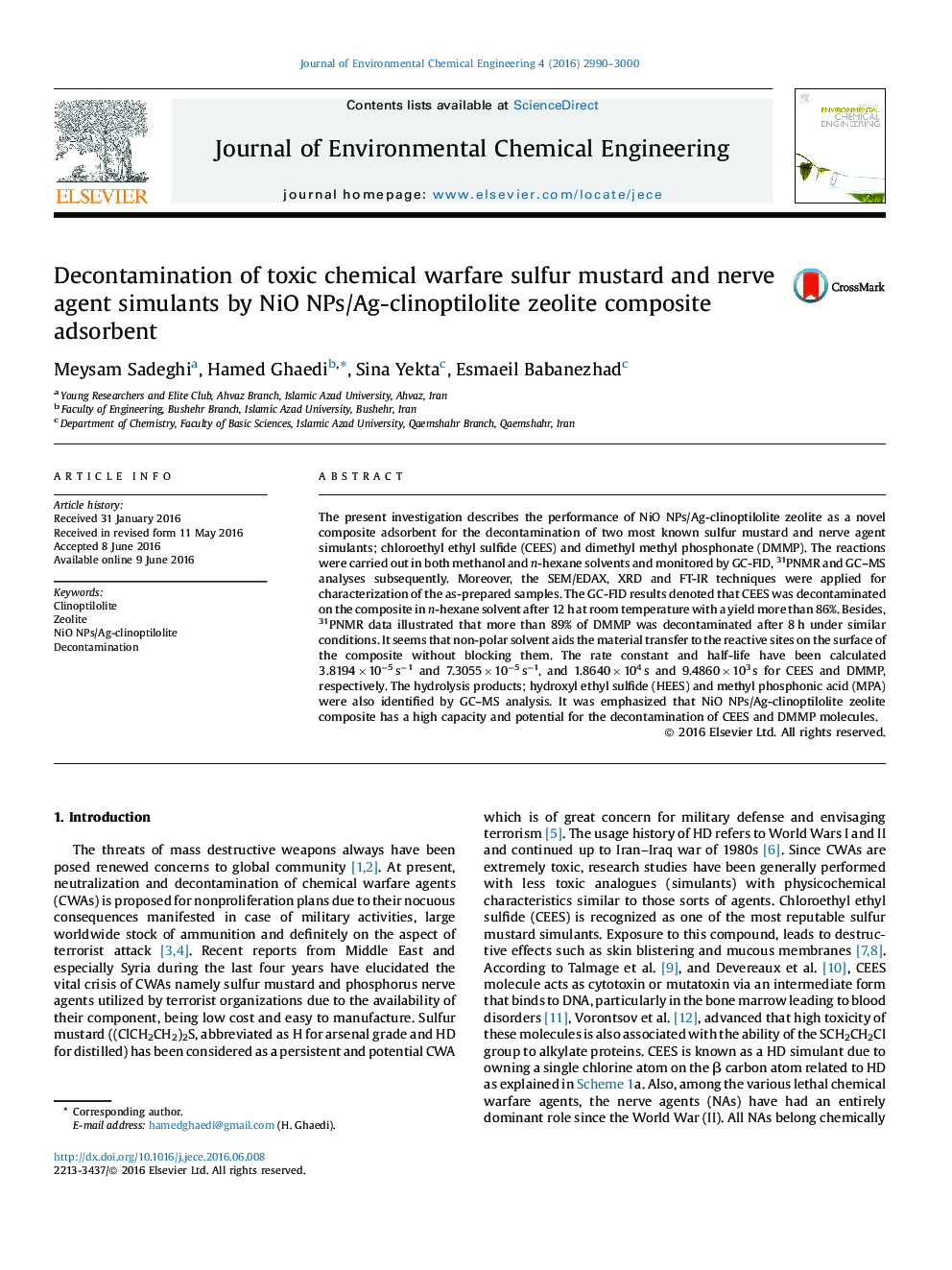 The present investigation describes the performance of NiO NPs/Ag-clinoptilolite zeolite as a novel composite adsorbent for the decontamination of two most known sulfur mustard and nerve agent simulants; chloroethyl ethyl sulfide (CEES) and dimethyl methyl phosphonate (DMMP). The reactions were carried out in both methanol and n-hexane solvents and monitored by GC-FID, 31PNMR and GC–MS analyses subsequently. Moreover, the SEM/EDAX, XRD and FT-IR techniques were applied for characterization of the as-prepared samples. The GC-FID results denoted that CEES was decontaminated on the composite in n-hexane solvent after 12 h at room temperature with a yield more than 86%. Besides, 31PNMR data illustrated that more than 89% of DMMP was decontaminated after 8 h under similar conditions. It seems that non-polar solvent aids the material transfer to the reactive sites on the surface of the composite without blocking them. The rate constant and half-life have been calculated 3.8194 × 10−5 s−1 and 7.3055 × 10−5 s−1, and 1.8640 × 104 s and 9.4860 × 103 s for CEES and DMMP, respectively. The hydrolysis products; hydroxyl ethyl sulfide (HEES) and methyl phosphonic acid (MPA) were also identified by GC–MS analysis. It was emphasized that NiO NPs/Ag-clinoptilolite zeolite composite has a high capacity and potential for the decontamination of CEES and DMMP molecules.