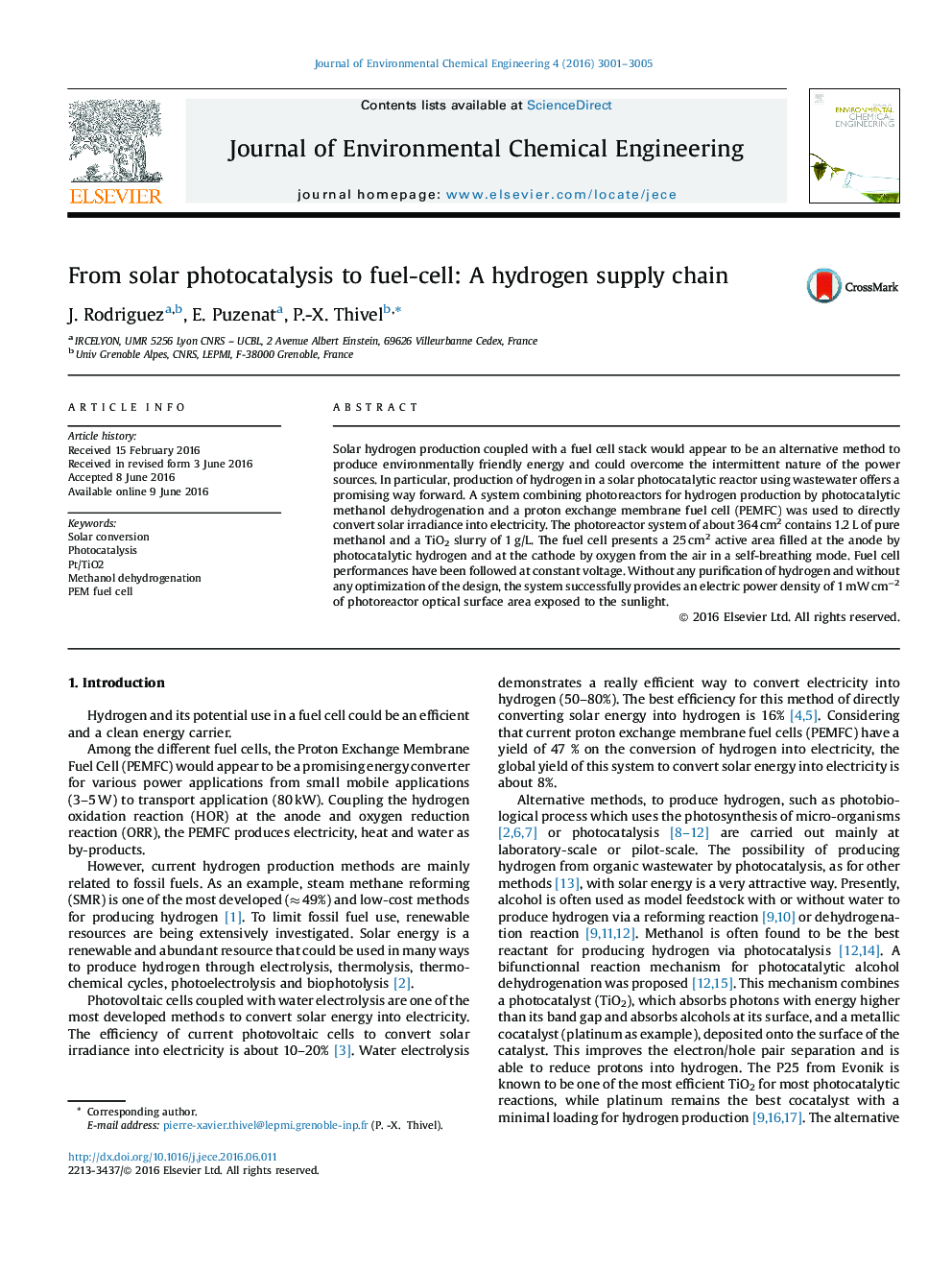 Solar hydrogen production coupled with a fuel cell stack would appear to be an alternative method to produce environmentally friendly energy and could overcome the intermittent nature of the power sources. In particular, production of hydrogen in a solar photocatalytic reactor using wastewater offers a promising way forward. A system combining photoreactors for hydrogen production by photocatalytic methanol dehydrogenation and a proton exchange membrane fuel cell (PEMFC) was used to directly convert solar irradiance into electricity. The photoreactor system of about 364 cm2 contains 1.2 L of pure methanol and a TiO2 slurry of 1 g/L. The fuel cell presents a 25 cm2 active area filled at the anode by photocatalytic hydrogen and at the cathode by oxygen from the air in a self-breathing mode. Fuel cell performances have been followed at constant voltage. Without any purification of hydrogen and without any optimization of the design, the system successfully provides an electric power density of 1 mW cm−2 of photoreactor optical surface area exposed to the sunlight.