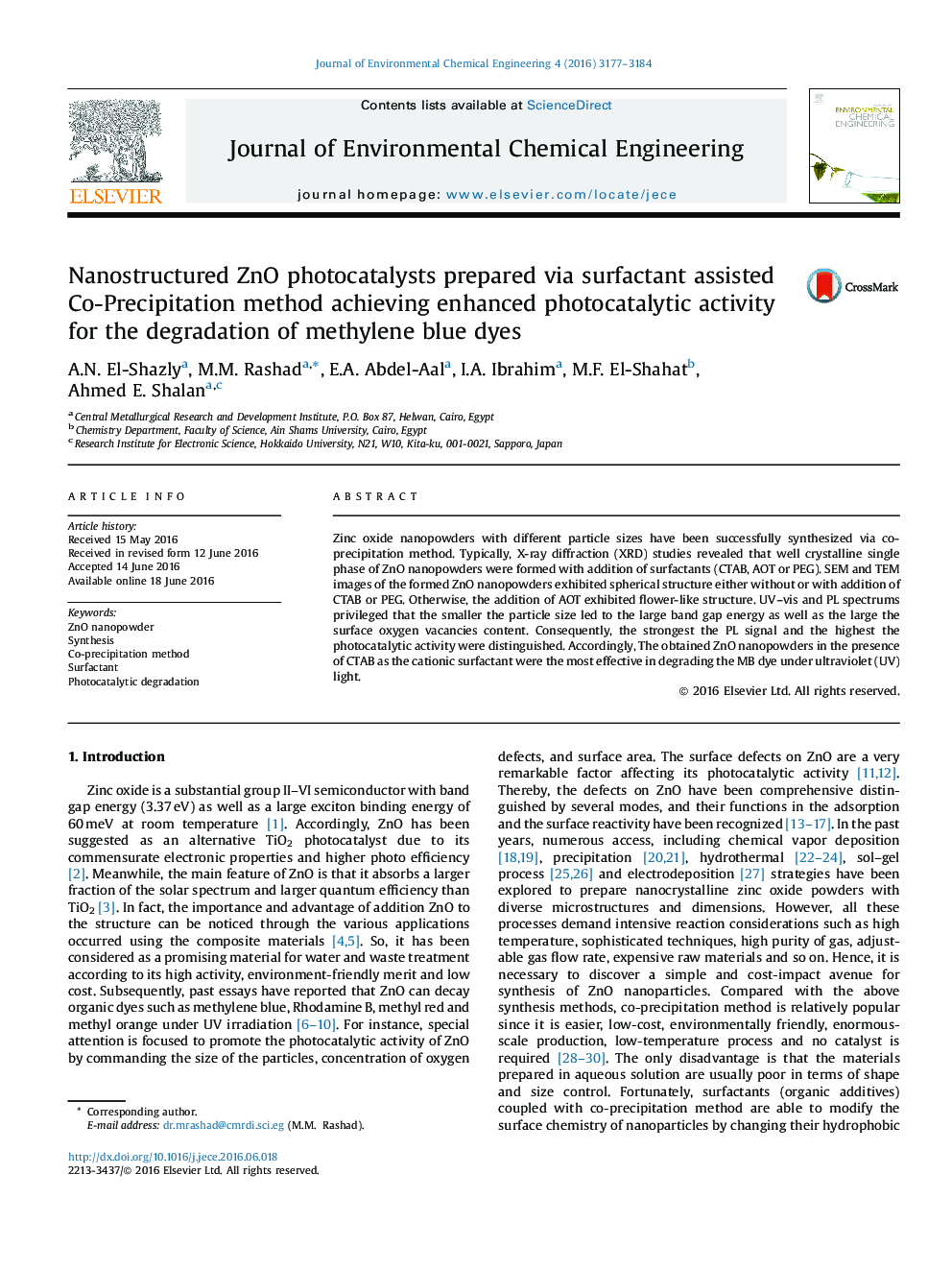 • Hexagonal wurtzite ZnO with different morphologies have been synthesized.
• The smaller the particle size led to the large Eg surface oxygen content.
• High photocatalytic activity was distinguished with strong PL signal.
• ZnO nanopowders with CTAB were the most effective in degrading the MB dye.

Zinc oxide nanopowders with different particle sizes have been successfully synthesized via co-precipitation method. Typically, X-ray diffraction (XRD) studies revealed that well crystalline single phase of ZnO nanopowders were formed with addition of surfactants (CTAB, AOT or PEG). SEM and TEM images of the formed ZnO nanopowders exhibited spherical structure either without or with addition of CTAB or PEG. Otherwise, the addition of AOT exhibited flower-like structure. UV–vis and PL spectrums privileged that the smaller the particle size led to the large band gap energy as well as the large the surface oxygen vacancies content. Consequently, the strongest the PL signal and the highest the photocatalytic activity were distinguished. Accordingly, The obtained ZnO nanopowders in the presence of CTAB as the cationic surfactant were the most effective in degrading the MB dye under ultraviolet (UV) light.