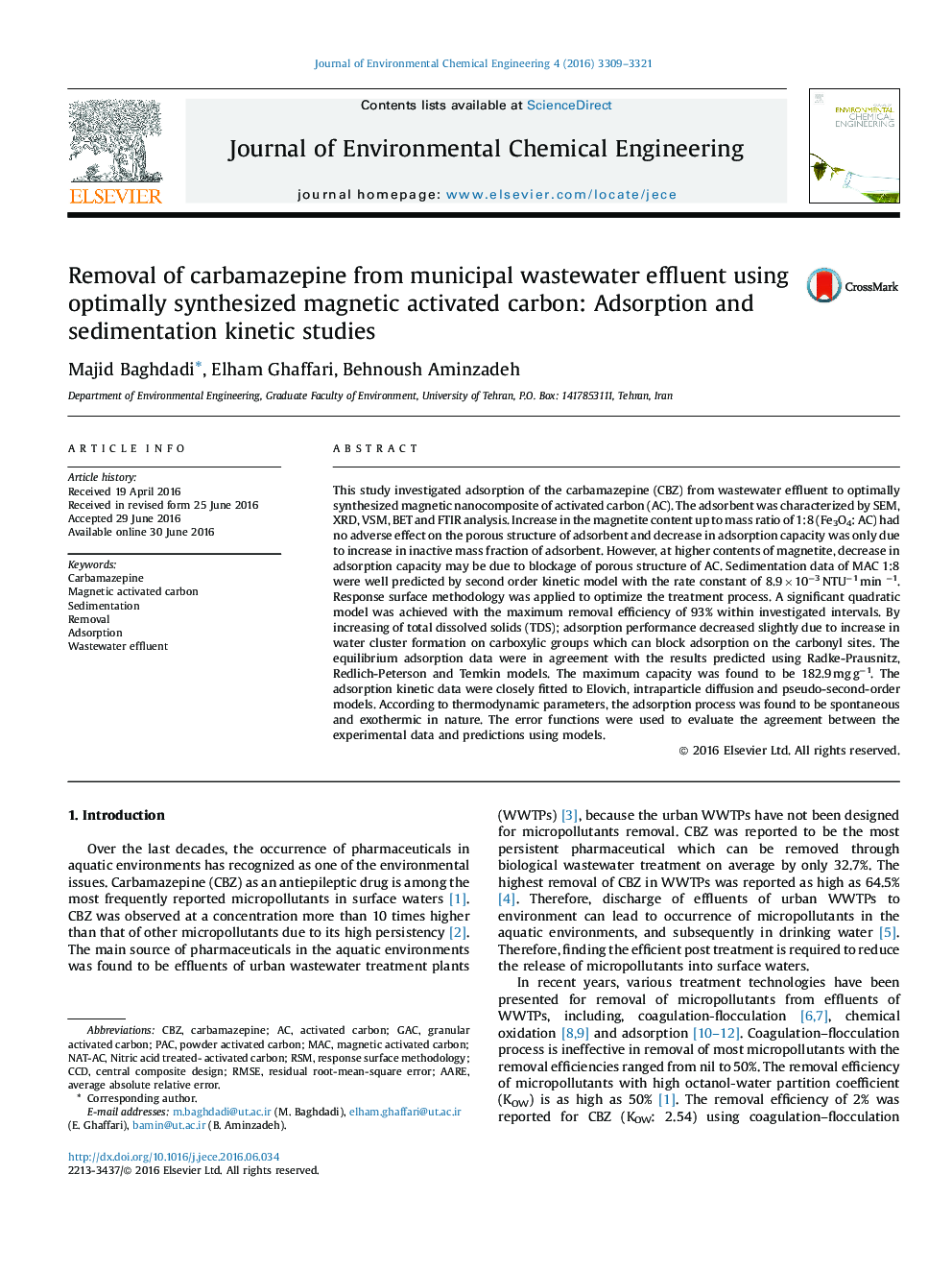 This study investigated adsorption of the carbamazepine (CBZ) from wastewater effluent to optimally synthesized magnetic nanocomposite of activated carbon (AC). The adsorbent was characterized by SEM, XRD, VSM, BET and FTIR analysis. Increase in the magnetite content up to mass ratio of 1:8 (Fe3O4: AC) had no adverse effect on the porous structure of adsorbent and decrease in adsorption capacity was only due to increase in inactive mass fraction of adsorbent. However, at higher contents of magnetite, decrease in adsorption capacity may be due to blockage of porous structure of AC. Sedimentation data of MAC 1:8 were well predicted by second order kinetic model with the rate constant of 8.9 × 10−3 NTU−1 min −1. Response surface methodology was applied to optimize the treatment process. A significant quadratic model was achieved with the maximum removal efficiency of 93% within investigated intervals. By increasing of total dissolved solids (TDS); adsorption performance decreased slightly due to increase in water cluster formation on carboxylic groups which can block adsorption on the carbonyl sites. The equilibrium adsorption data were in agreement with the results predicted using Radke-Prausnitz, Redlich-Peterson and Temkin models. The maximum capacity was found to be 182.9 mg g−1. The adsorption kinetic data were closely fitted to Elovich, intraparticle diffusion and pseudo-second-order models. According to thermodynamic parameters, the adsorption process was found to be spontaneous and exothermic in nature. The error functions were used to evaluate the agreement between the experimental data and predictions using models.