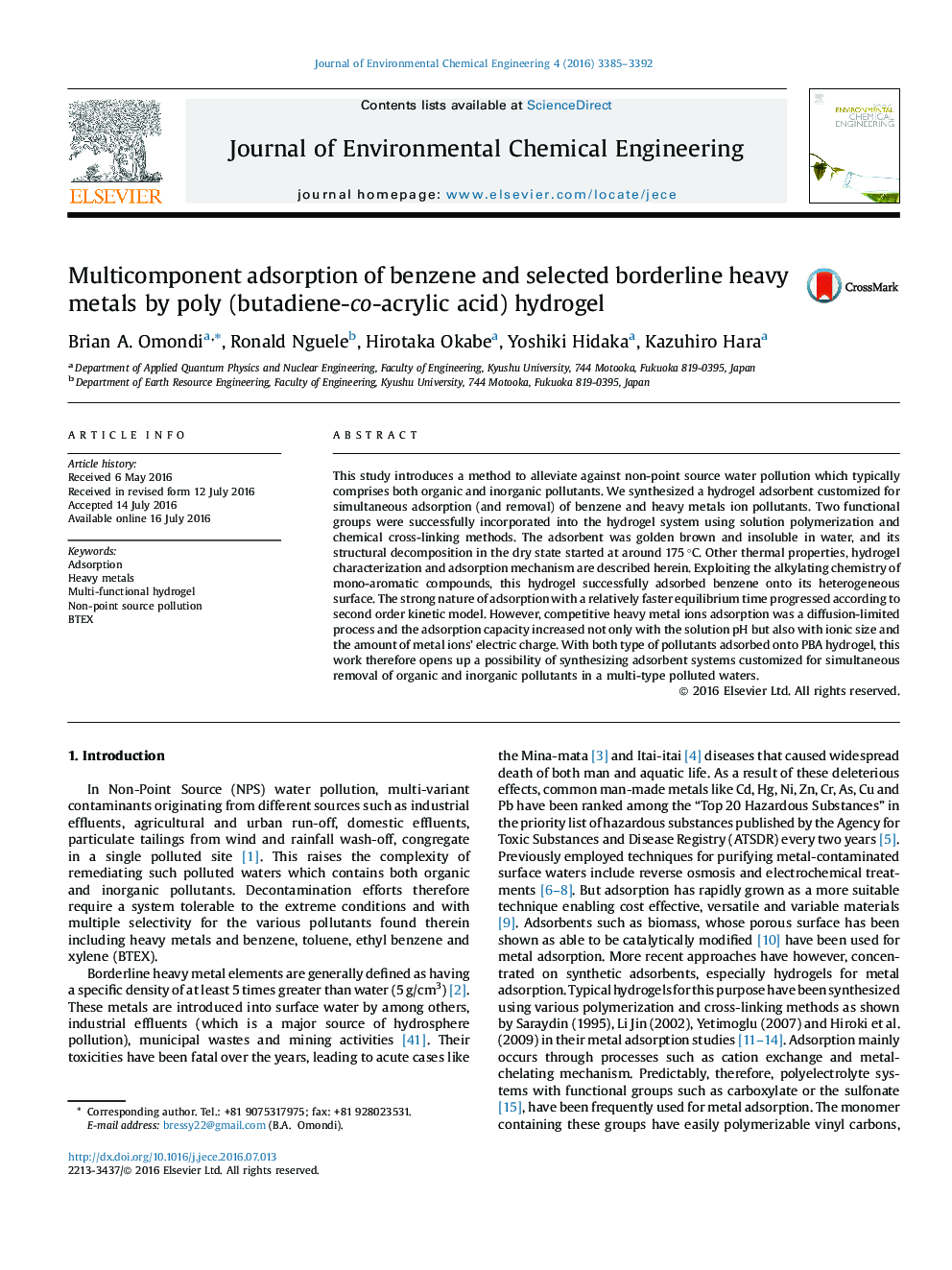 This study introduces a method to alleviate against non-point source water pollution which typically comprises both organic and inorganic pollutants. We synthesized a hydrogel adsorbent customized for simultaneous adsorption (and removal) of benzene and heavy metals ion pollutants. Two functional groups were successfully incorporated into the hydrogel system using solution polymerization and chemical cross-linking methods. The adsorbent was golden brown and insoluble in water, and its structural decomposition in the dry state started at around 175 °C. Other thermal properties, hydrogel characterization and adsorption mechanism are described herein. Exploiting the alkylating chemistry of mono-aromatic compounds, this hydrogel successfully adsorbed benzene onto its heterogeneous surface. The strong nature of adsorption with a relatively faster equilibrium time progressed according to second order kinetic model. However, competitive heavy metal ions adsorption was a diffusion-limited process and the adsorption capacity increased not only with the solution pH but also with ionic size and the amount of metal ions’ electric charge. With both type of pollutants adsorbed onto PBA hydrogel, this work therefore opens up a possibility of synthesizing adsorbent systems customized for simultaneous removal of organic and inorganic pollutants in a multi-type polluted waters.