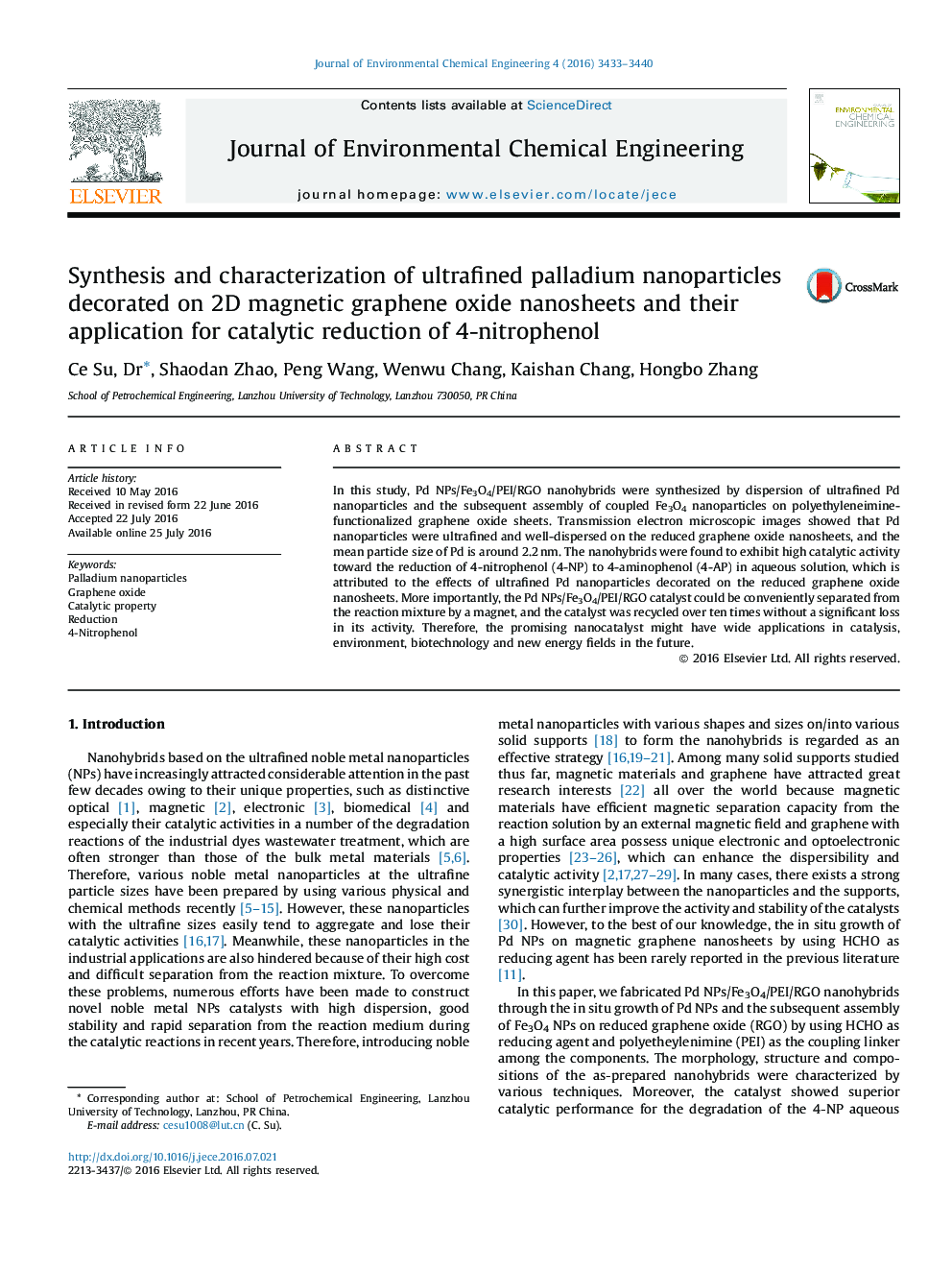 In this study, Pd NPs/Fe3O4/PEI/RGO nanohybrids were synthesized by dispersion of ultrafined Pd nanoparticles and the subsequent assembly of coupled Fe3O4 nanoparticles on polyethyleneimine-functionalized graphene oxide sheets. Transmission electron microscopic images showed that Pd nanoparticles were ultrafined and well-dispersed on the reduced graphene oxide nanosheets, and the mean particle size of Pd is around 2.2 nm. The nanohybrids were found to exhibit high catalytic activity toward the reduction of 4-nitrophenol (4-NP) to 4-aminophenol (4-AP) in aqueous solution, which is attributed to the effects of ultrafined Pd nanoparticles decorated on the reduced graphene oxide nanosheets. More importantly, the Pd NPs/Fe3O4/PEI/RGO catalyst could be conveniently separated from the reaction mixture by a magnet, and the catalyst was recycled over ten times without a significant loss in its activity. Therefore, the promising nanocatalyst might have wide applications in catalysis, environment, biotechnology and new energy fields in the future.

Pd NPs/Fe3O4/PEI/RGO nanohybrids as the catalysts for the highly efficient degradation of 4-NP.Figure optionsDownload as PowerPoint slide