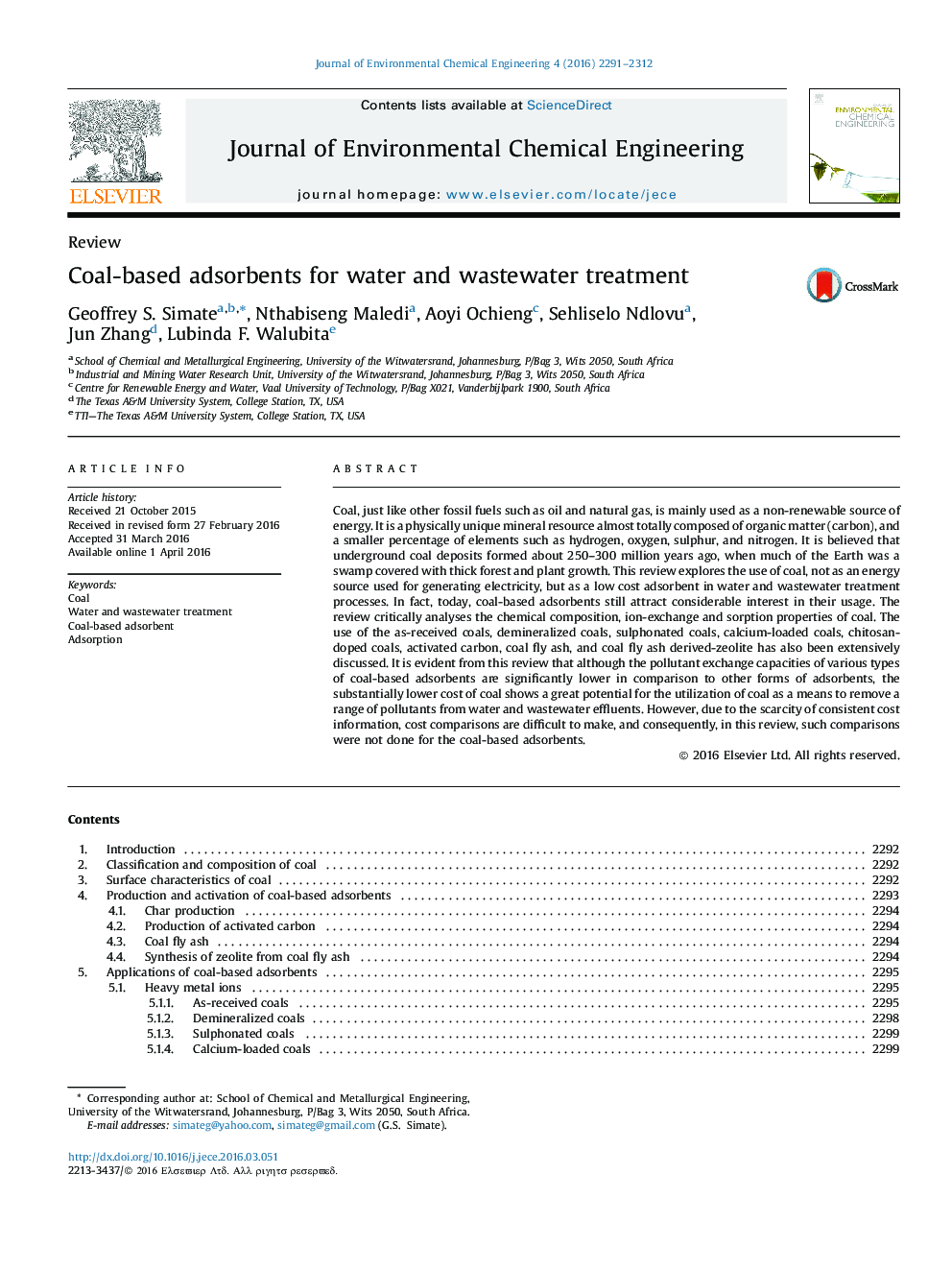 • Coal is an extremely complex and heterogeneous combustible sedimentary rock.
• Many kinds of coal have been used not only as fuels, but also as adsorbents.
• Coal possesses characteristics that make it an effective adsorbent for the removal of pollutants.
• Coal forms stable complexes with pollutants because of carboxylic and phenolic groups.

Coal, just like other fossil fuels such as oil and natural gas, is mainly used as a non-renewable source of energy. It is a physically unique mineral resource almost totally composed of organic matter (carbon), and a smaller percentage of elements such as hydrogen, oxygen, sulphur, and nitrogen. It is believed that underground coal deposits formed about 250–300 million years ago, when much of the Earth was a swamp covered with thick forest and plant growth. This review explores the use of coal, not as an energy source used for generating electricity, but as a low cost adsorbent in water and wastewater treatment processes. In fact, today, coal-based adsorbents still attract considerable interest in their usage. The review critically analyses the chemical composition, ion-exchange and sorption properties of coal. The use of the as-received coals, demineralized coals, sulphonated coals, calcium-loaded coals, chitosan-doped coals, activated carbon, coal fly ash, and coal fly ash derived-zeolite has also been extensively discussed. It is evident from this review that although the pollutant exchange capacities of various types of coal-based adsorbents are significantly lower in comparison to other forms of adsorbents, the substantially lower cost of coal shows a great potential for the utilization of coal as a means to remove a range of pollutants from water and wastewater effluents. However, due to the scarcity of consistent cost information, cost comparisons are difficult to make, and consequently, in this review, such comparisons were not done for the coal-based adsorbents.