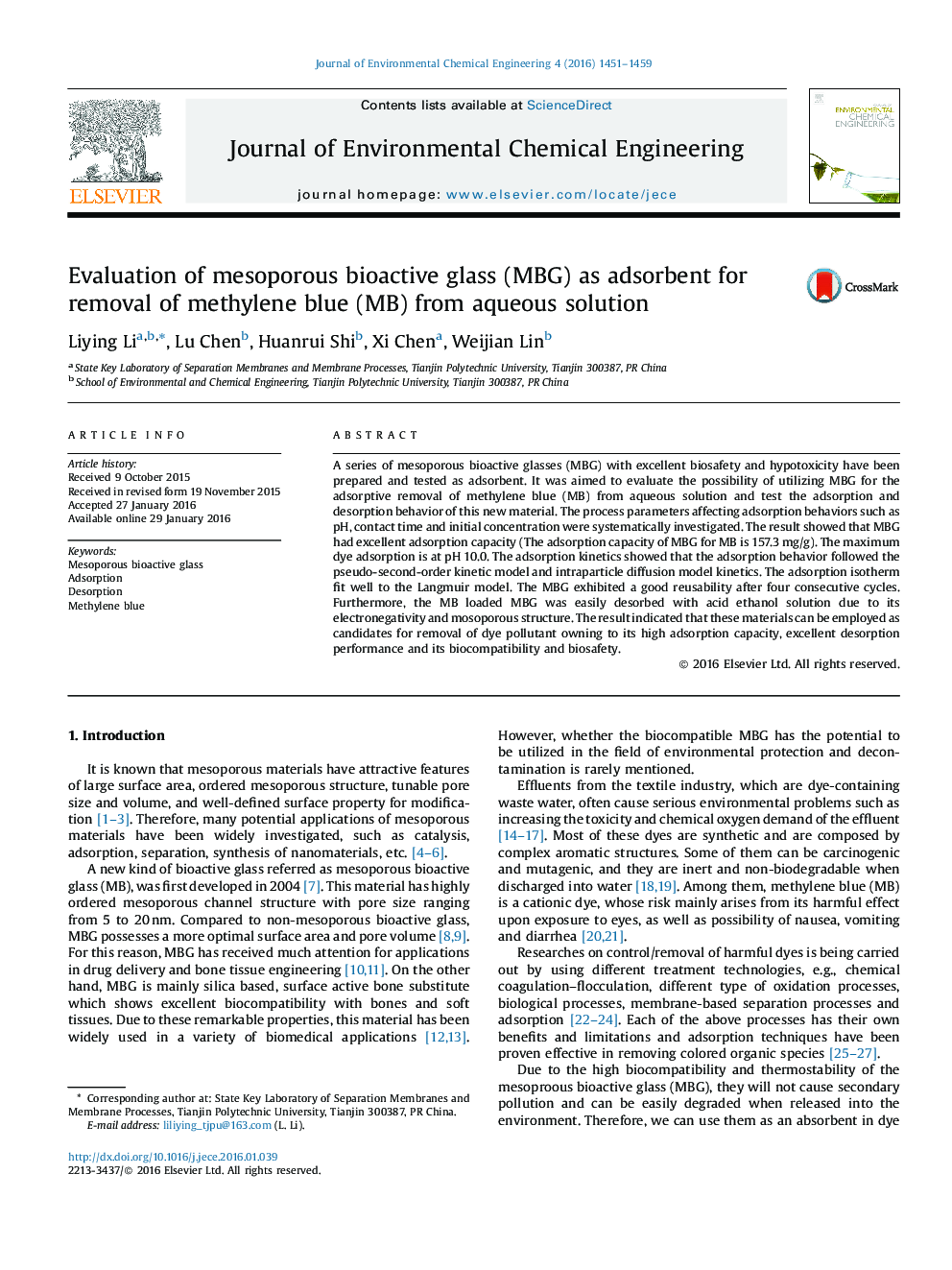 A series of mesoporous bioactive glasses (MBG) with excellent biosafety and hypotoxicity have been prepared and tested as adsorbent. It was aimed to evaluate the possibility of utilizing MBG for the adsorptive removal of methylene blue (MB) from aqueous solution and test the adsorption and desorption behavior of this new material. The process parameters affecting adsorption behaviors such as pH, contact time and initial concentration were systematically investigated. The result showed that MBG had excellent adsorption capacity (The adsorption capacity of MBG for MB is 157.3 mg/g). The maximum dye adsorption is at pH 10.0. The adsorption kinetics showed that the adsorption behavior followed the pseudo-second-order kinetic model and intraparticle diffusion model kinetics. The adsorption isotherm fit well to the Langmuir model. The MBG exhibited a good reusability after four consecutive cycles. Furthermore, the MB loaded MBG was easily desorbed with acid ethanol solution due to its electronegativity and mosoporous structure. The result indicated that these materials can be employed as candidates for removal of dye pollutant owning to its high adsorption capacity, excellent desorption performance and its biocompatibility and biosafety.