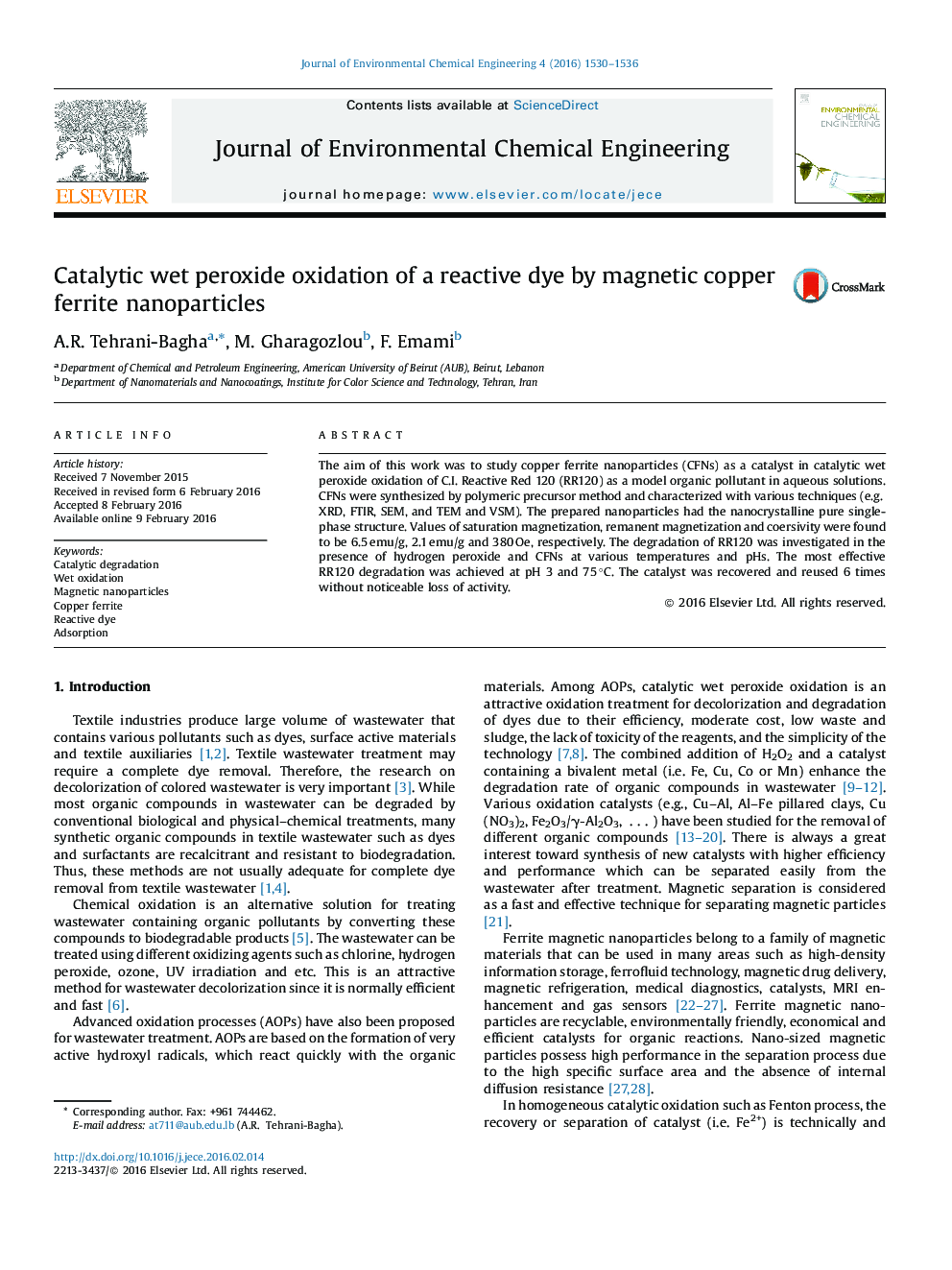 The aim of this work was to study copper ferrite nanoparticles (CFNs) as a catalyst in catalytic wet peroxide oxidation of C.I. Reactive Red 120 (RR120) as a model organic pollutant in aqueous solutions. CFNs were synthesized by polymeric precursor method and characterized with various techniques (e.g. XRD, FTIR, SEM, and TEM and VSM). The prepared nanoparticles had the nanocrystalline pure single-phase structure. Values of saturation magnetization, remanent magnetization and coersivity were found to be 6.5 emu/g, 2.1 emu/g and 380 Oe, respectively. The degradation of RR120 was investigated in the presence of hydrogen peroxide and CFNs at various temperatures and pHs. The most effective RR120 degradation was achieved at pH 3 and 75 °C. The catalyst was recovered and reused 6 times without noticeable loss of activity.