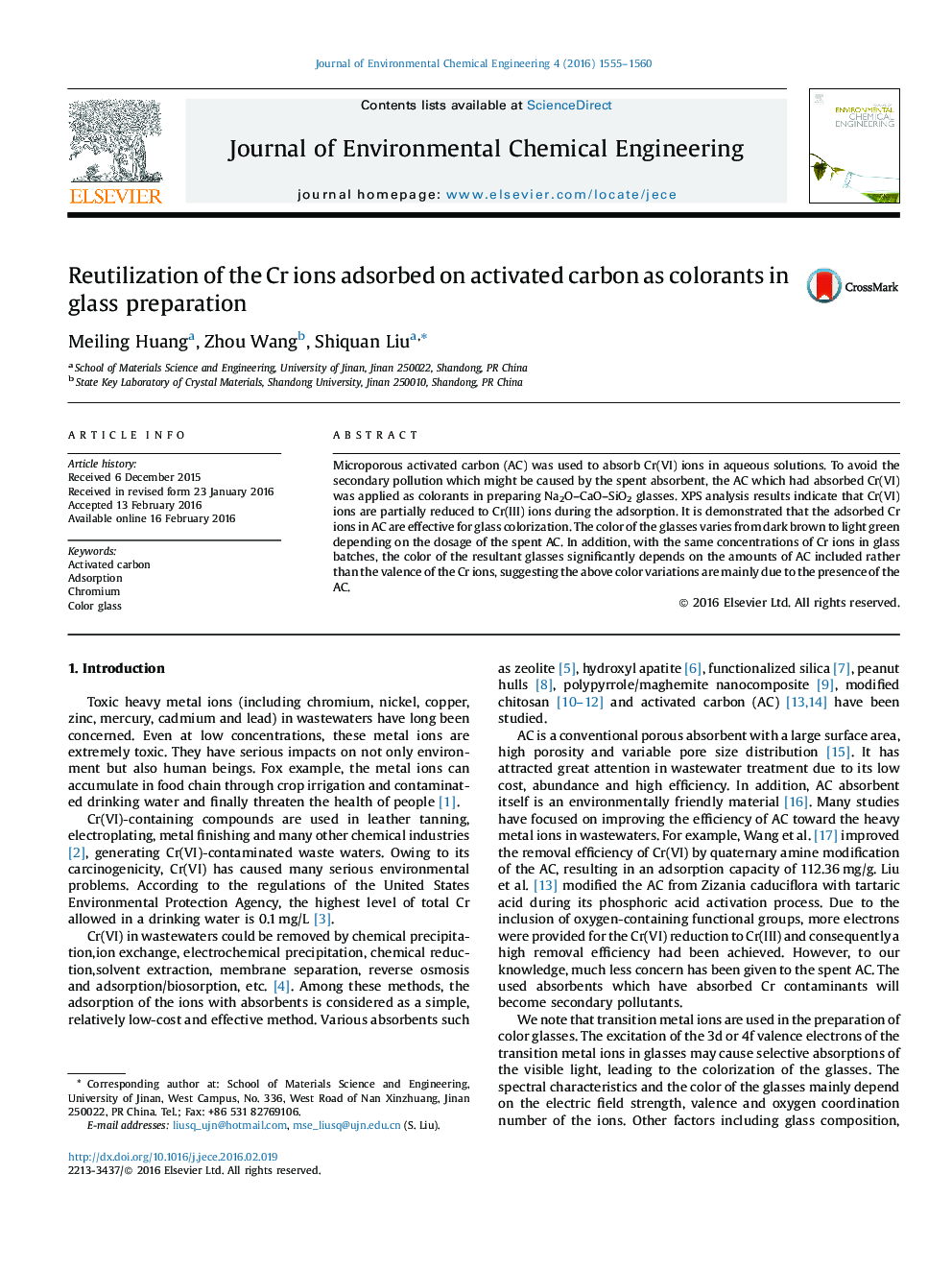 Microporous activated carbon (AC) was used to absorb Cr(VI) ions in aqueous solutions. To avoid the secondary pollution which might be caused by the spent absorbent, the AC which had absorbed Cr(VI) was applied as colorants in preparing Na2O–CaO–SiO2 glasses. XPS analysis results indicate that Cr(VI) ions are partially reduced to Cr(III) ions during the adsorption. It is demonstrated that the adsorbed Cr ions in AC are effective for glass colorization. The color of the glasses varies from dark brown to light green depending on the dosage of the spent AC. In addition, with the same concentrations of Cr ions in glass batches, the color of the resultant glasses significantly depends on the amounts of AC included rather than the valence of the Cr ions, suggesting the above color variations are mainly due to the presence of the AC.