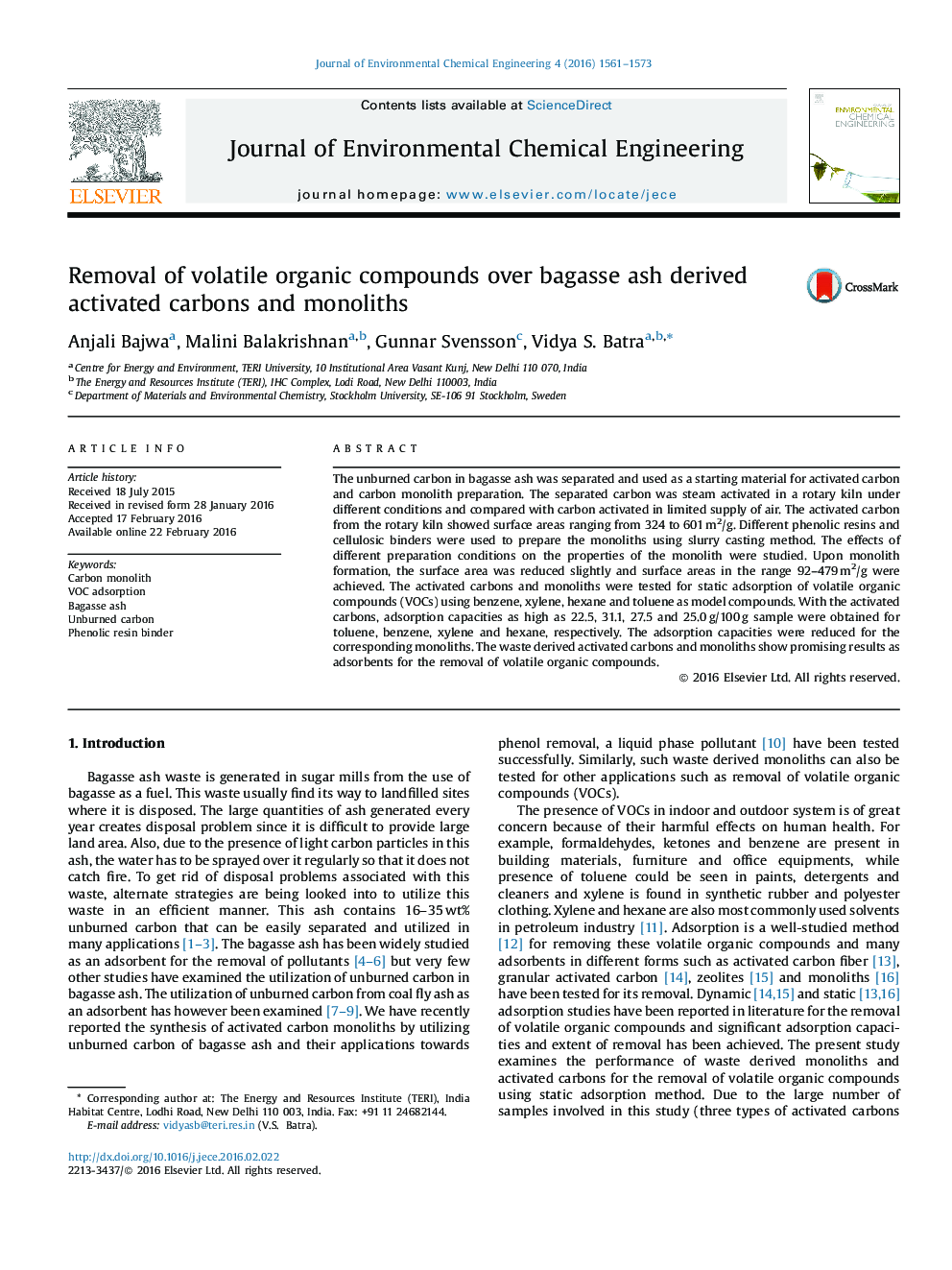 The unburned carbon in bagasse ash was separated and used as a starting material for activated carbon and carbon monolith preparation. The separated carbon was steam activated in a rotary kiln under different conditions and compared with carbon activated in limited supply of air. The activated carbon from the rotary kiln showed surface areas ranging from 324 to 601 m2/g. Different phenolic resins and cellulosic binders were used to prepare the monoliths using slurry casting method. The effects of different preparation conditions on the properties of the monolith were studied. Upon monolith formation, the surface area was reduced slightly and surface areas in the range 92–479 m2/g were achieved. The activated carbons and monoliths were tested for static adsorption of volatile organic compounds (VOCs) using benzene, xylene, hexane and toluene as model compounds. With the activated carbons, adsorption capacities as high as 22.5, 31.1, 27.5 and 25.0 g/100 g sample were obtained for toluene, benzene, xylene and hexane, respectively. The adsorption capacities were reduced for the corresponding monoliths. The waste derived activated carbons and monoliths show promising results as adsorbents for the removal of volatile organic compounds.