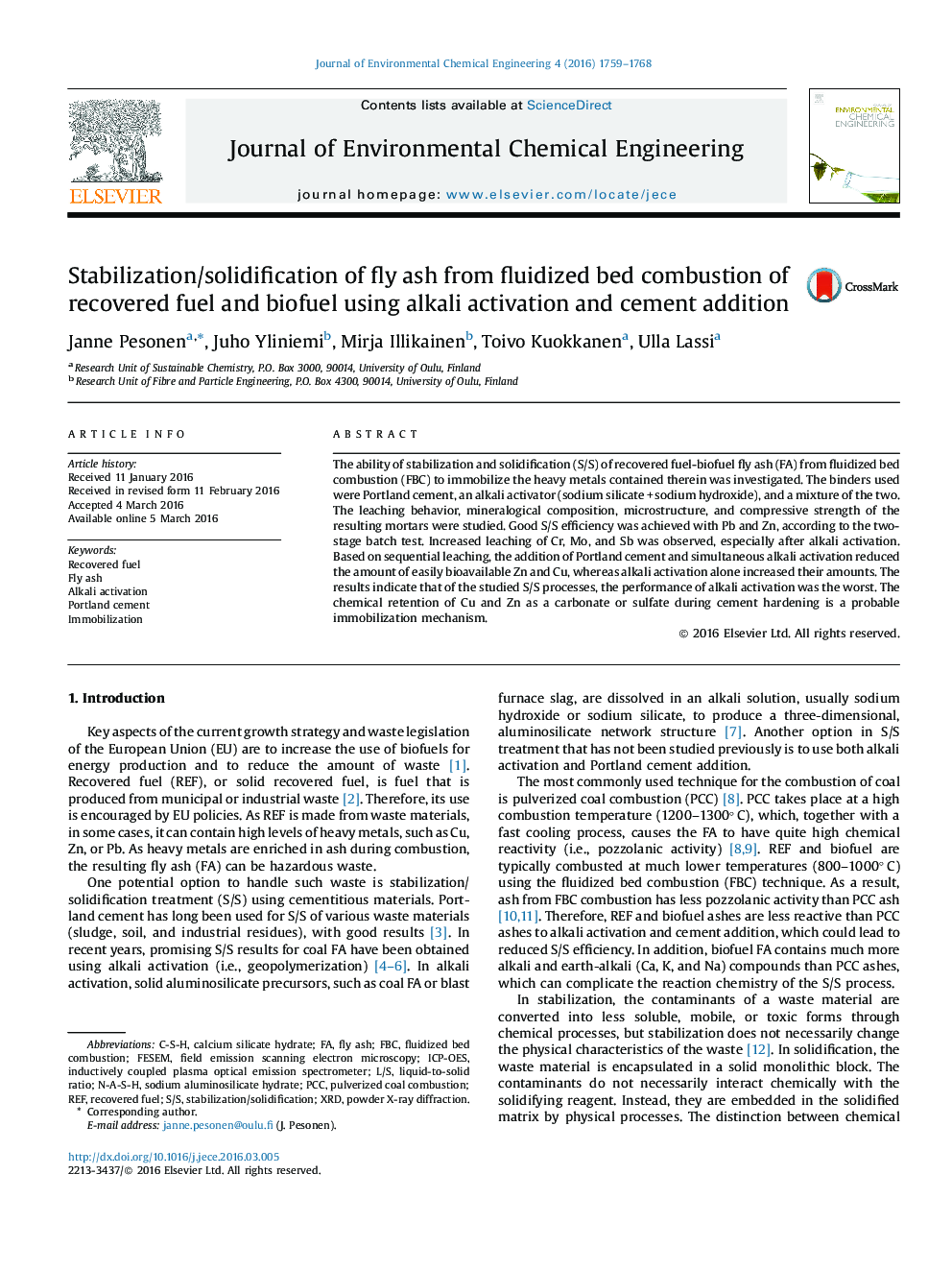 The ability of stabilization and solidification (S/S) of recovered fuel-biofuel fly ash (FA) from fluidized bed combustion (FBC) to immobilize the heavy metals contained therein was investigated. The binders used were Portland cement, an alkali activator (sodium silicate + sodium hydroxide), and a mixture of the two. The leaching behavior, mineralogical composition, microstructure, and compressive strength of the resulting mortars were studied. Good S/S efficiency was achieved with Pb and Zn, according to the two-stage batch test. Increased leaching of Cr, Mo, and Sb was observed, especially after alkali activation. Based on sequential leaching, the addition of Portland cement and simultaneous alkali activation reduced the amount of easily bioavailable Zn and Cu, whereas alkali activation alone increased their amounts. The results indicate that of the studied S/S processes, the performance of alkali activation was the worst. The chemical retention of Cu and Zn as a carbonate or sulfate during cement hardening is a probable immobilization mechanism.