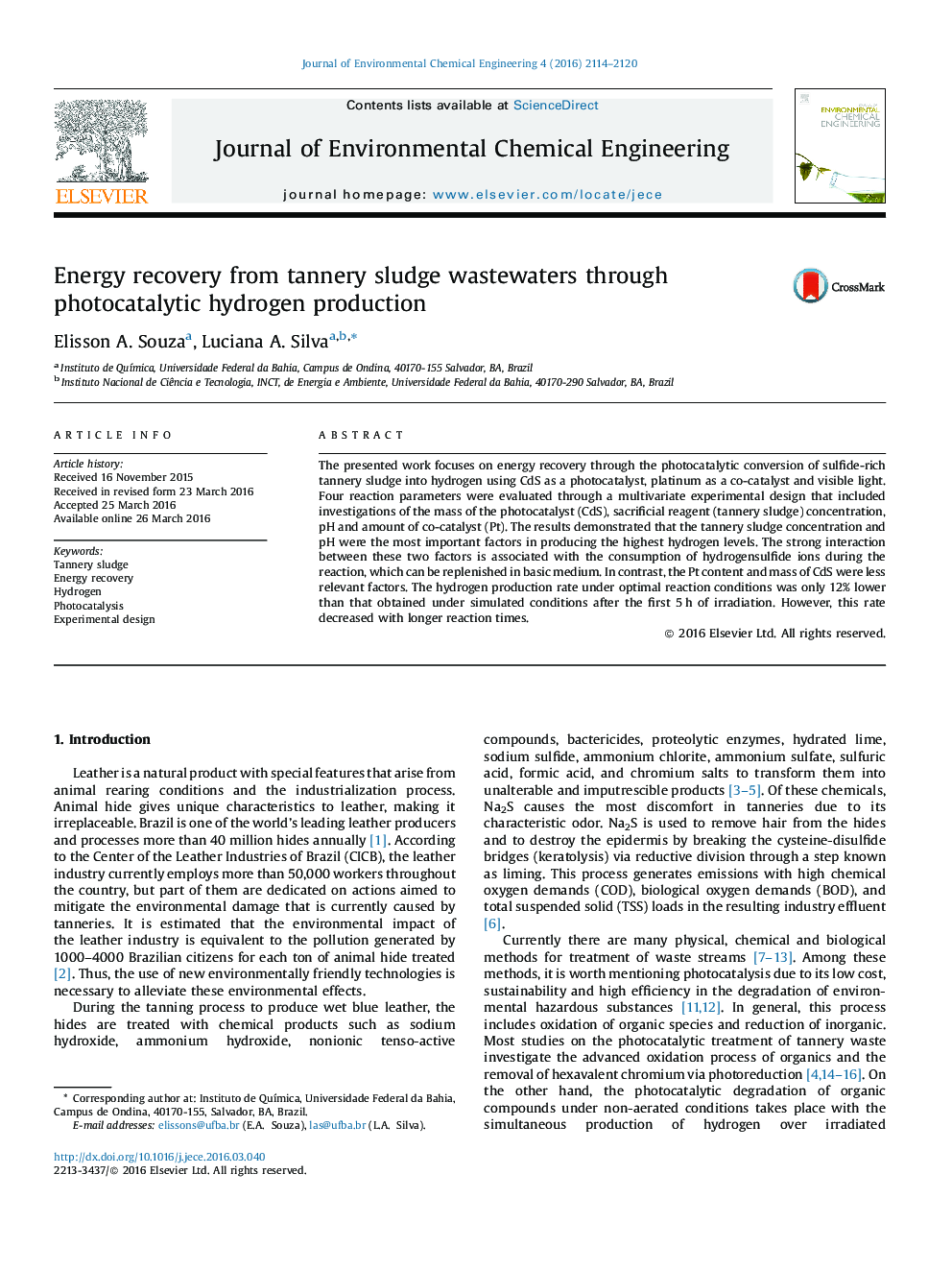 The presented work focuses on energy recovery through the photocatalytic conversion of sulfide-rich tannery sludge into hydrogen using CdS as a photocatalyst, platinum as a co-catalyst and visible light. Four reaction parameters were evaluated through a multivariate experimental design that included investigations of the mass of the photocatalyst (CdS), sacrificial reagent (tannery sludge) concentration, pH and amount of co-catalyst (Pt). The results demonstrated that the tannery sludge concentration and pH were the most important factors in producing the highest hydrogen levels. The strong interaction between these two factors is associated with the consumption of hydrogensulfide ions during the reaction, which can be replenished in basic medium. In contrast, the Pt content and mass of CdS were less relevant factors. The hydrogen production rate under optimal reaction conditions was only 12% lower than that obtained under simulated conditions after the first 5 h of irradiation. However, this rate decreased with longer reaction times.