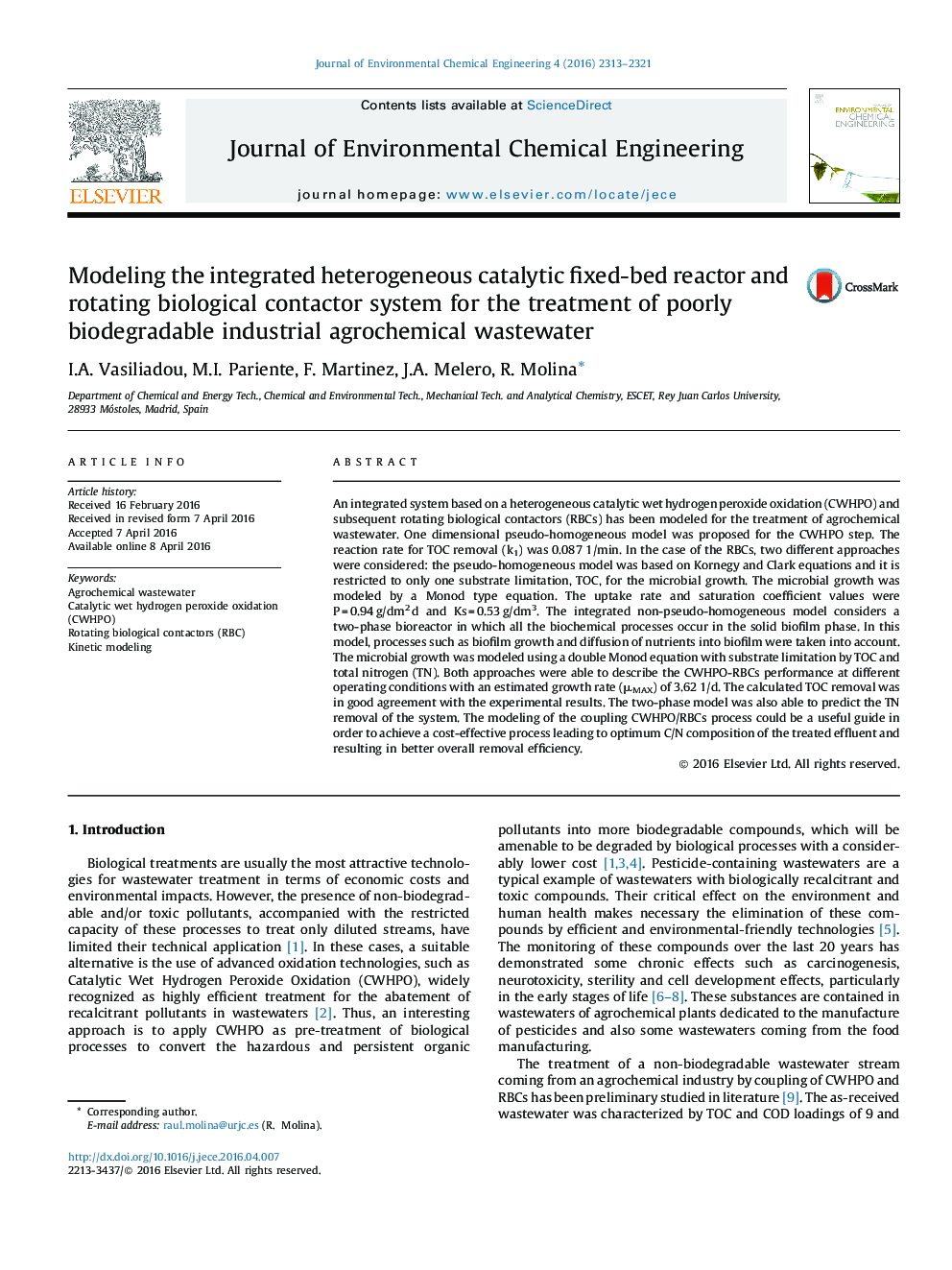 An integrated system based on a heterogeneous catalytic wet hydrogen peroxide oxidation (CWHPO) and subsequent rotating biological contactors (RBCs) has been modeled for the treatment of agrochemical wastewater. One dimensional pseudo-homogeneous model was proposed for the CWHPO step. The reaction rate for TOC removal (k1) was 0.087 1/min. In the case of the RBCs, two different approaches were considered: the pseudo-homogeneous model was based on Kornegy and Clark equations and it is restricted to only one substrate limitation, TOC, for the microbial growth. The microbial growth was modeled by a Monod type equation. The uptake rate and saturation coefficient values were P = 0.94 g/dm2 d and Ks = 0.53 g/dm3. The integrated non-pseudo-homogeneous model considers a two-phase bioreactor in which all the biochemical processes occur in the solid biofilm phase. In this model, processes such as biofilm growth and diffusion of nutrients into biofilm were taken into account. The microbial growth was modeled using a double Monod equation with substrate limitation by TOC and total nitrogen (TN). Both approaches were able to describe the CWHPO-RBCs performance at different operating conditions with an estimated growth rate (μMAX) of 3.62 1/d. The calculated TOC removal was in good agreement with the experimental results. The two-phase model was also able to predict the TN removal of the system. The modeling of the coupling CWHPO/RBCs process could be a useful guide in order to achieve a cost-effective process leading to optimum C/N composition of the treated effluent and resulting in better overall removal efficiency.