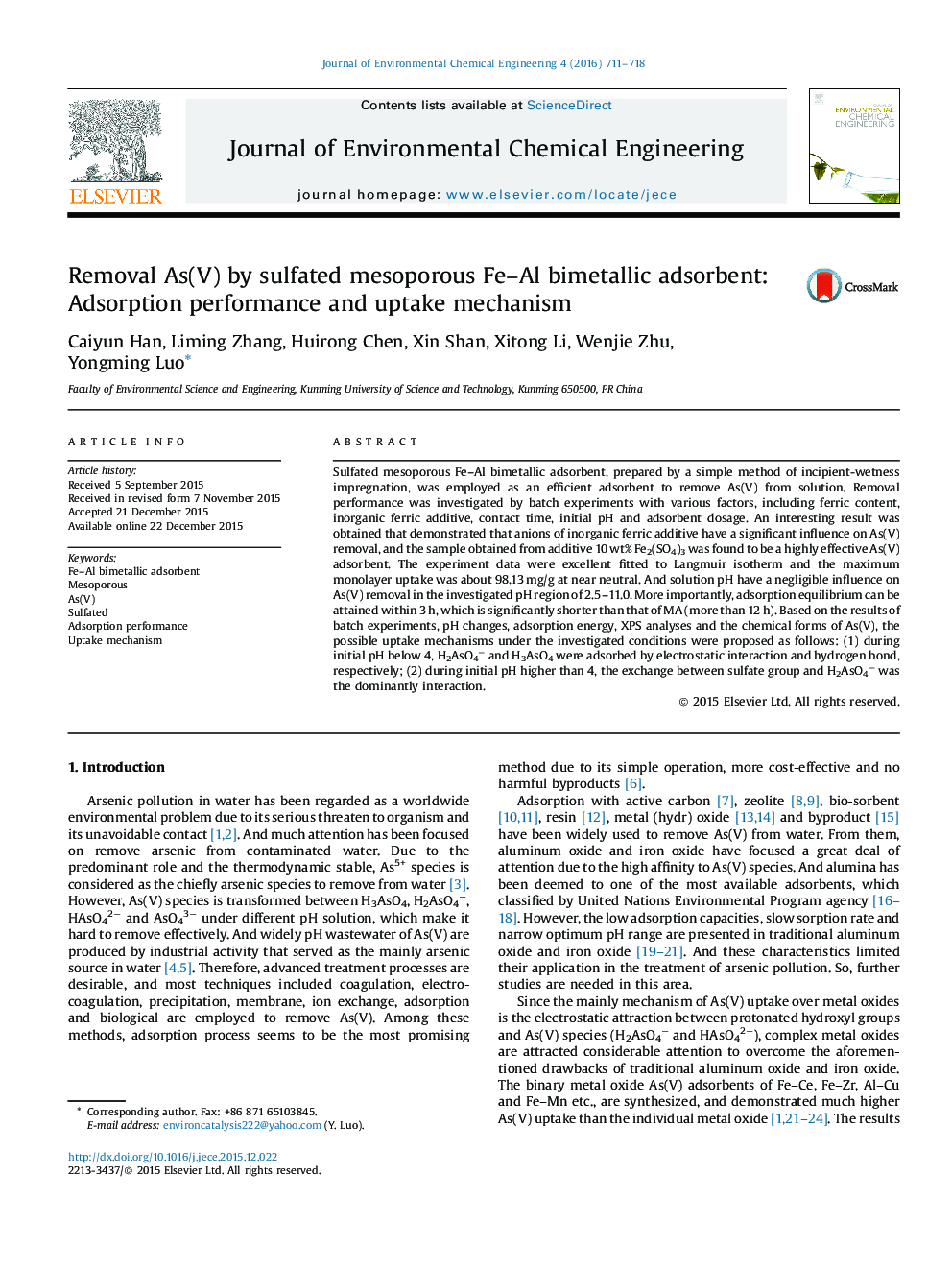 • A novel and efficient mesoporous Fe–Al bimetallic As(V) adsorbent was developed.
• The influence of ferric additive on As(V) uptake was investigated firstly.
• Equilibrium time for As(V) removal by Fe–MA was far shorter than MA.
• The adsorption was not dependent on solution pH.
• Formation of Fe2(SO4)3 and Al2(SO4)3 accelerated the uptake of As(V).

Sulfated mesoporous Fe–Al bimetallic adsorbent, prepared by a simple method of incipient-wetness impregnation, was employed as an efficient adsorbent to remove As(V) from solution. Removal performance was investigated by batch experiments with various factors, including ferric content, inorganic ferric additive, contact time, initial pH and adsorbent dosage. An interesting result was obtained that demonstrated that anions of inorganic ferric additive have a significant influence on As(V) removal, and the sample obtained from additive 10 wt% Fe2(SO4)3 was found to be a highly effective As(V) adsorbent. The experiment data were excellent fitted to Langmuir isotherm and the maximum monolayer uptake was about 98.13 mg/g at near neutral. And solution pH have a negligible influence on As(V) removal in the investigated pH region of 2.5–11.0. More importantly, adsorption equilibrium can be attained within 3 h, which is significantly shorter than that of MA (more than 12 h). Based on the results of batch experiments, pH changes, adsorption energy, XPS analyses and the chemical forms of As(V), the possible uptake mechanisms under the investigated conditions were proposed as follows: (1) during initial pH below 4, H2AsO4− and H3AsO4 were adsorbed by electrostatic interaction and hydrogen bond, respectively; (2) during initial pH higher than 4, the exchange between sulfate group and H2AsO4− was the dominantly interaction.