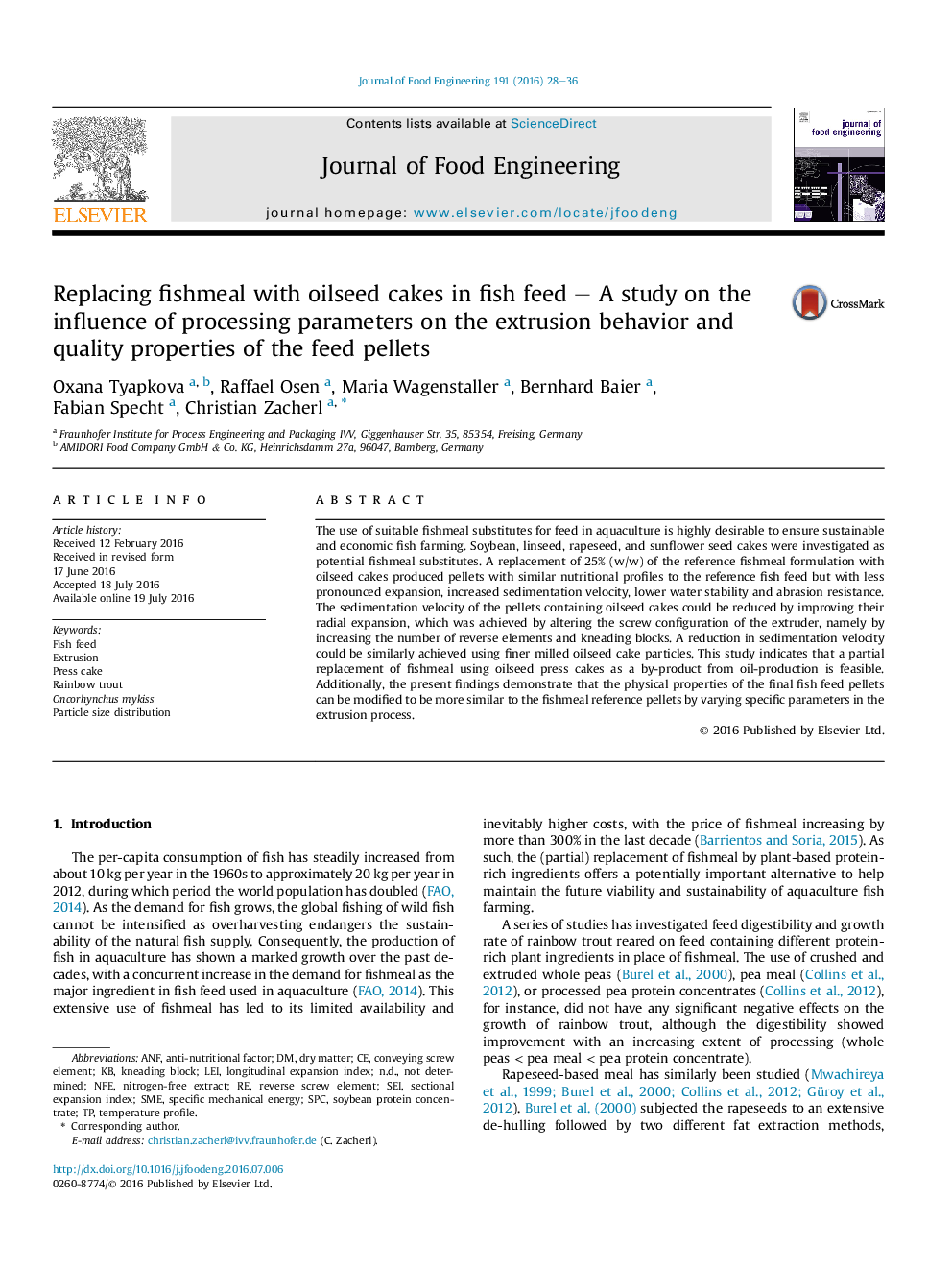 The use of suitable fishmeal substitutes for feed in aquaculture is highly desirable to ensure sustainable and economic fish farming. Soybean, linseed, rapeseed, and sunflower seed cakes were investigated as potential fishmeal substitutes. A replacement of 25% (w/w) of the reference fishmeal formulation with oilseed cakes produced pellets with similar nutritional profiles to the reference fish feed but with less pronounced expansion, increased sedimentation velocity, lower water stability and abrasion resistance. The sedimentation velocity of the pellets containing oilseed cakes could be reduced by improving their radial expansion, which was achieved by altering the screw configuration of the extruder, namely by increasing the number of reverse elements and kneading blocks. A reduction in sedimentation velocity could be similarly achieved using finer milled oilseed cake particles. This study indicates that a partial replacement of fishmeal using oilseed press cakes as a by-product from oil-production is feasible. Additionally, the present findings demonstrate that the physical properties of the final fish feed pellets can be modified to be more similar to the fishmeal reference pellets by varying specific parameters in the extrusion process.