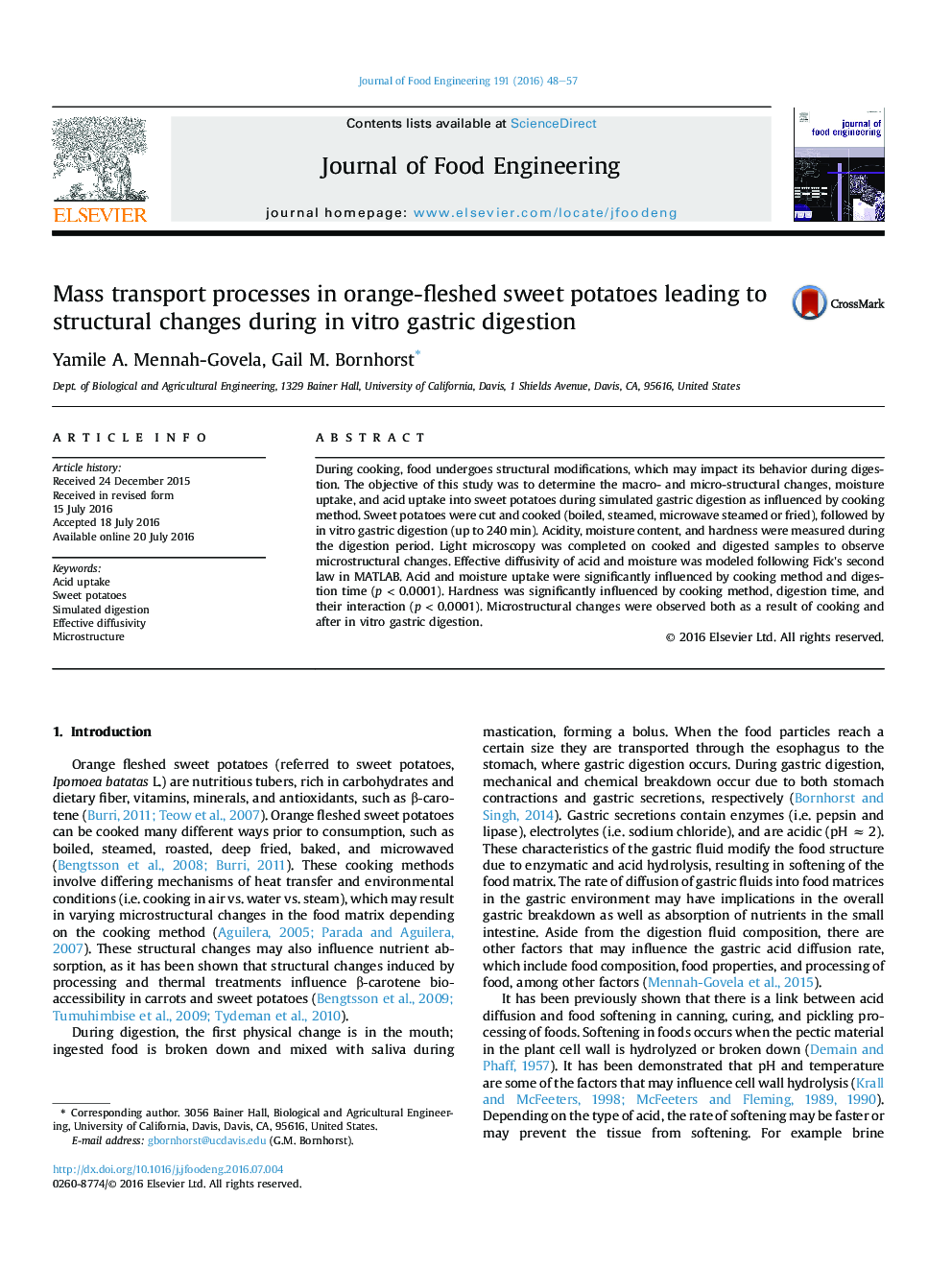 During cooking, food undergoes structural modifications, which may impact its behavior during digestion. The objective of this study was to determine the macro- and micro-structural changes, moisture uptake, and acid uptake into sweet potatoes during simulated gastric digestion as influenced by cooking method. Sweet potatoes were cut and cooked (boiled, steamed, microwave steamed or fried), followed by in vitro gastric digestion (up to 240 min). Acidity, moisture content, and hardness were measured during the digestion period. Light microscopy was completed on cooked and digested samples to observe microstructural changes. Effective diffusivity of acid and moisture was modeled following Fick's second law in MATLAB. Acid and moisture uptake were significantly influenced by cooking method and digestion time (p < 0.0001). Hardness was significantly influenced by cooking method, digestion time, and their interaction (p < 0.0001). Microstructural changes were observed both as a result of cooking and after in vitro gastric digestion.