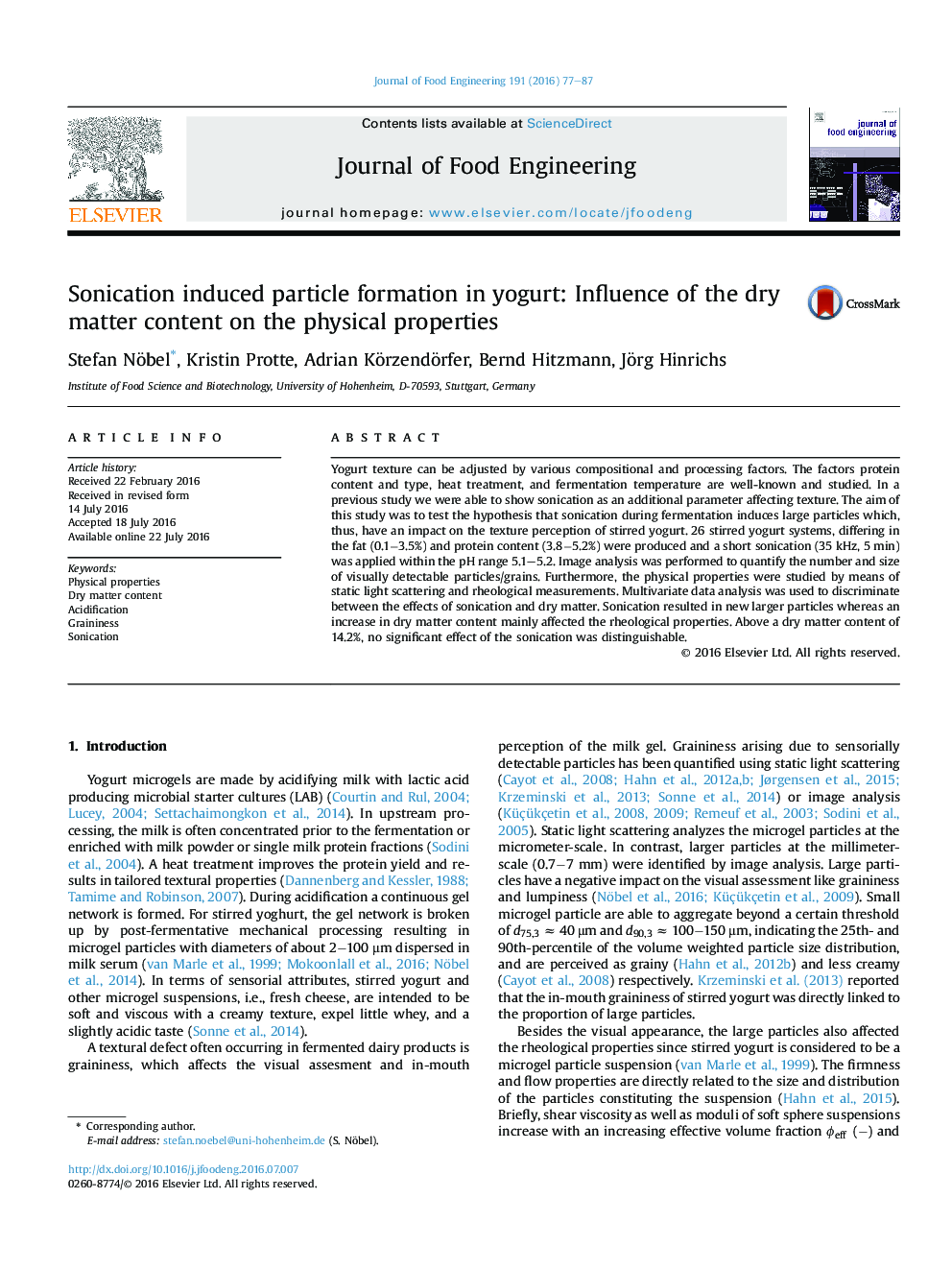 Yogurt texture can be adjusted by various compositional and processing factors. The factors protein content and type, heat treatment, and fermentation temperature are well-known and studied. In a previous study we were able to show sonication as an additional parameter affecting texture. The aim of this study was to test the hypothesis that sonication during fermentation induces large particles which, thus, have an impact on the texture perception of stirred yogurt. 26 stirred yogurt systems, differing in the fat (0.1−3.5%) and protein content (3.8−5.2%) were produced and a short sonication (35 kHz, 5 min) was applied within the pH range 5.1–5.2. Image analysis was performed to quantify the number and size of visually detectable particles/grains. Furthermore, the physical properties were studied by means of static light scattering and rheological measurements. Multivariate data analysis was used to discriminate between the effects of sonication and dry matter. Sonication resulted in new larger particles whereas an increase in dry matter content mainly affected the rheological properties. Above a dry matter content of 14.2%, no significant effect of the sonication was distinguishable.