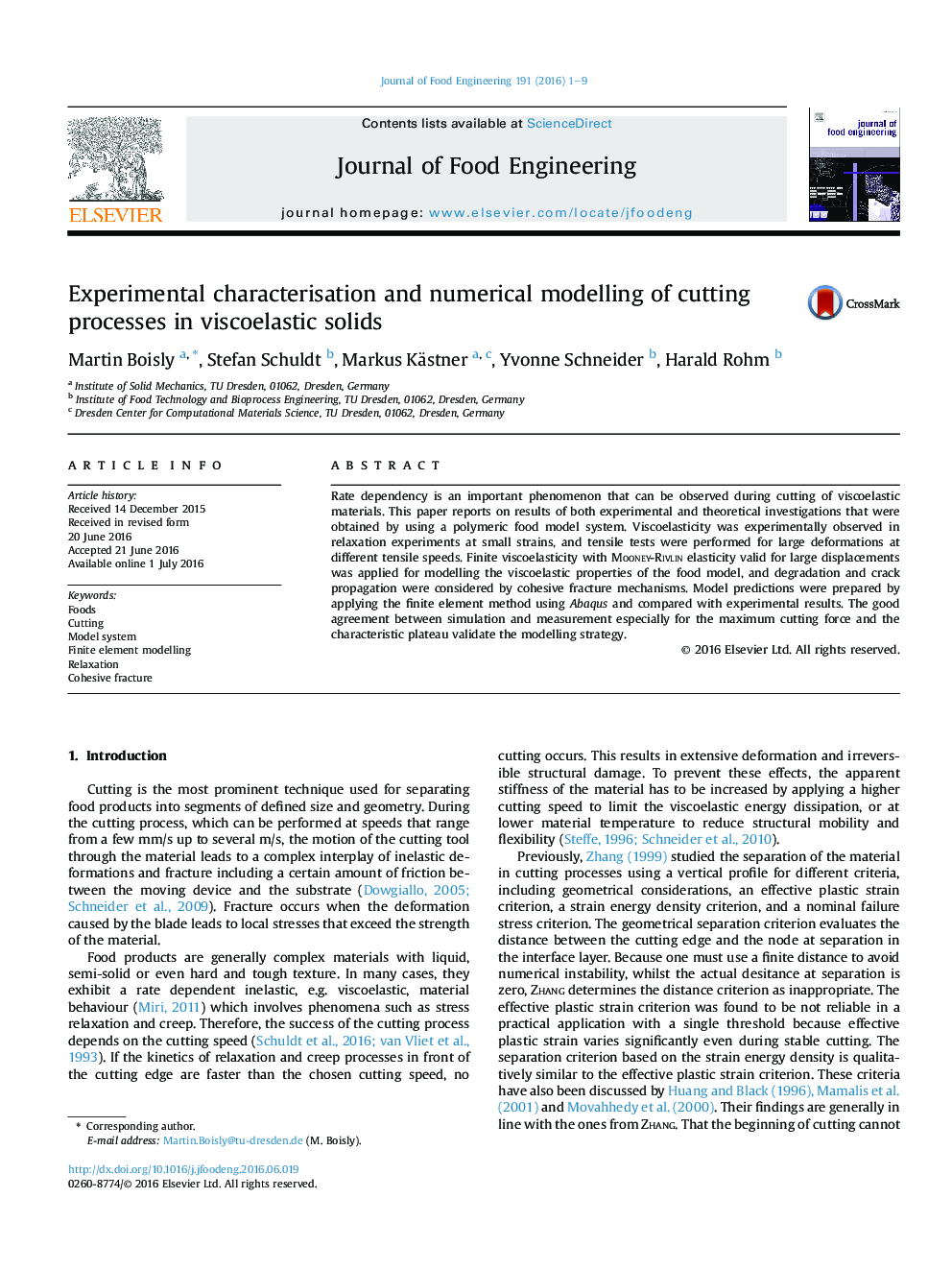 • We extend previous works on cutting simulations by the combination of viscoelastic bulk behaviour with a cohesive zone approach.
• A polymeric food model system with viscoelastic behavior is experimentally characterised.
• Parameters of a model of finite viscoelasticity are identified from relaxation and tensile tests.
• Numerical simulations are able to predict the significant rate dependency observed in experiments.
• The approach accurately recovers the cutting characteristics and maximum forces.

Rate dependency is an important phenomenon that can be observed during cutting of viscoelastic materials. This paper reports on results of both experimental and theoretical investigations that were obtained by using a polymeric food model system. Viscoelasticity was experimentally observed in relaxation experiments at small strains, and tensile tests were performed for large deformations at different tensile speeds. Finite viscoelasticity with Mooney-Rivlin elasticity valid for large displacements was applied for modelling the viscoelastic properties of the food model, and degradation and crack propagation were considered by cohesive fracture mechanisms. Model predictions were prepared by applying the finite element method using Abaqus and compared with experimental results. The good agreement between simulation and measurement especially for the maximum cutting force and the characteristic plateau validate the modelling strategy.