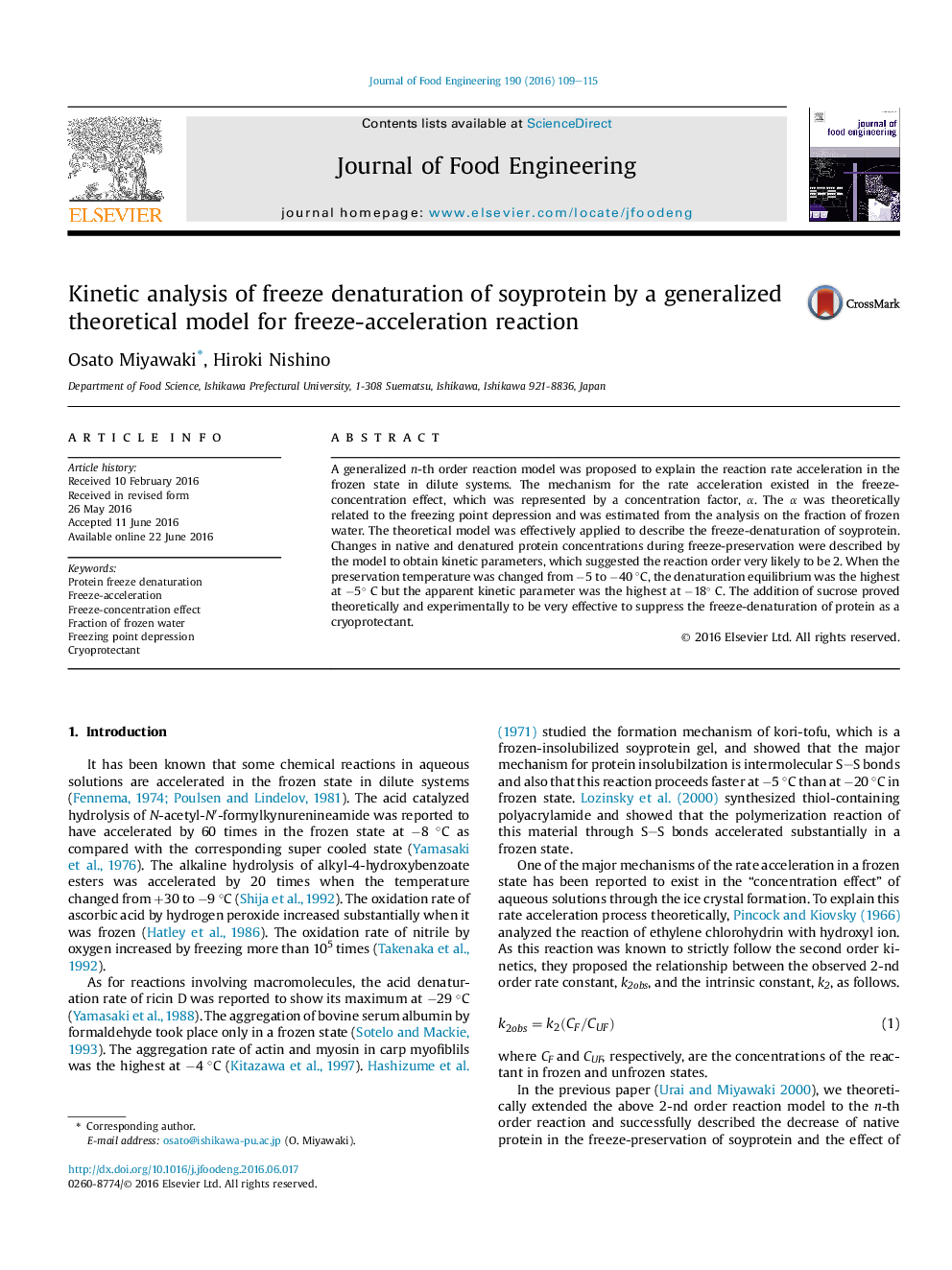 • Generalized n-th order reaction model was proposed for freeze-acceleration reaction.
• Freeze-concentration effect was theoretically related to fraction of frozen water.
• Reaction model was very effective to describe freeze-denaturation of soyprotein.
• Reaction order was estimated to be 2 from the kinetic analysis.
• Cryoprotectant effect of sucrose was explained theoretically and experimentally.

A generalized n-th order reaction model was proposed to explain the reaction rate acceleration in the frozen state in dilute systems. The mechanism for the rate acceleration existed in the freeze-concentration effect, which was represented by a concentration factor, α. The α was theoretically related to the freezing point depression and was estimated from the analysis on the fraction of frozen water. The theoretical model was effectively applied to describe the freeze-denaturation of soyprotein. Changes in native and denatured protein concentrations during freeze-preservation were described by the model to obtain kinetic parameters, which suggested the reaction order very likely to be 2. When the preservation temperature was changed from −5 to −40 °C, the denaturation equilibrium was the highest at −5° C but the apparent kinetic parameter was the highest at −18° C. The addition of sucrose proved theoretically and experimentally to be very effective to suppress the freeze-denaturation of protein as a cryoprotectant.