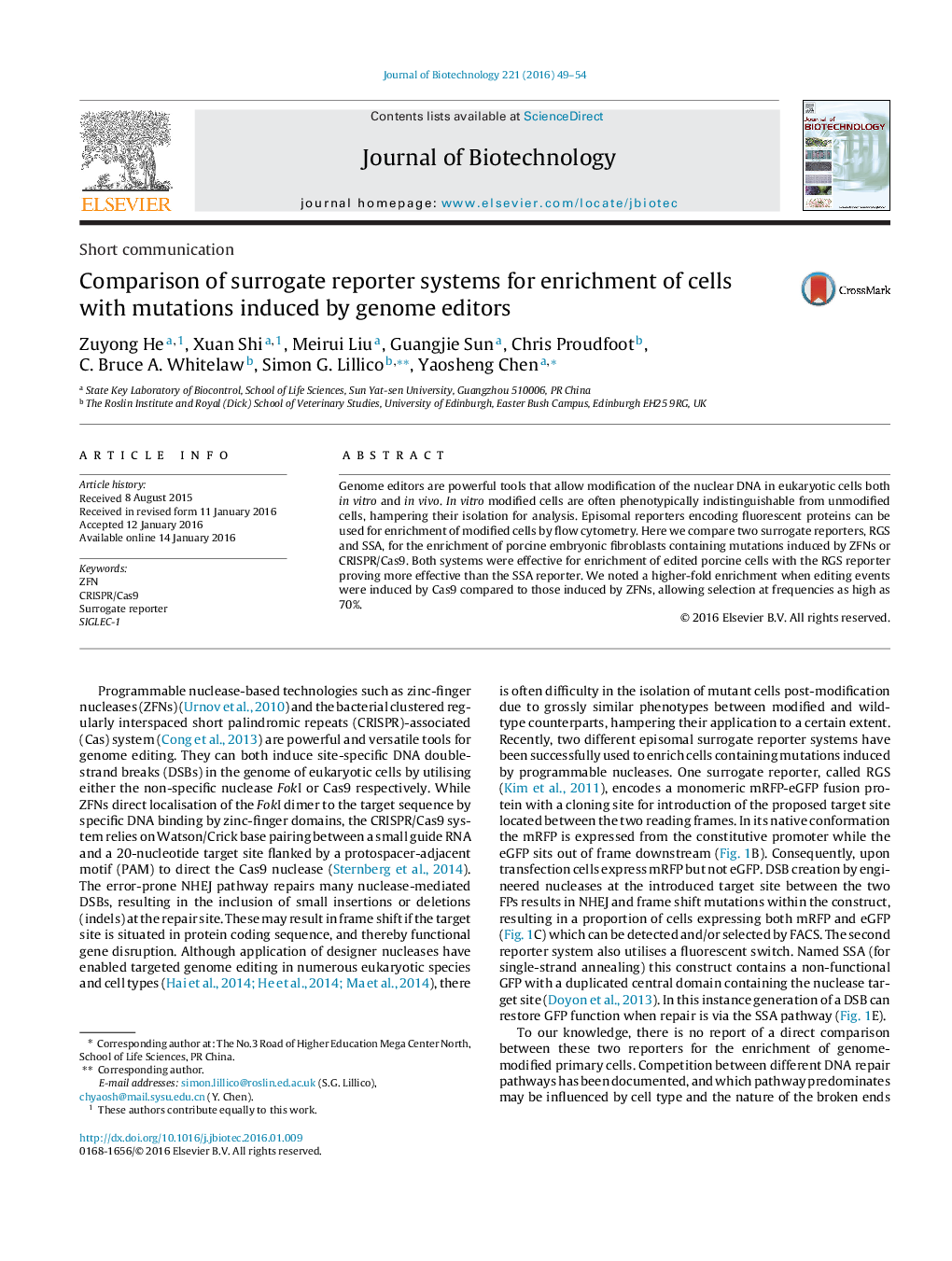 Genome editors are powerful tools that allow modification of the nuclear DNA in eukaryotic cells both in vitro and in vivo. In vitro modified cells are often phenotypically indistinguishable from unmodified cells, hampering their isolation for analysis. Episomal reporters encoding fluorescent proteins can be used for enrichment of modified cells by flow cytometry. Here we compare two surrogate reporters, RGS and SSA, for the enrichment of porcine embryonic fibroblasts containing mutations induced by ZFNs or CRISPR/Cas9. Both systems were effective for enrichment of edited porcine cells with the RGS reporter proving more effective than the SSA reporter. We noted a higher-fold enrichment when editing events were induced by Cas9 compared to those induced by ZFNs, allowing selection at frequencies as high as 70%.