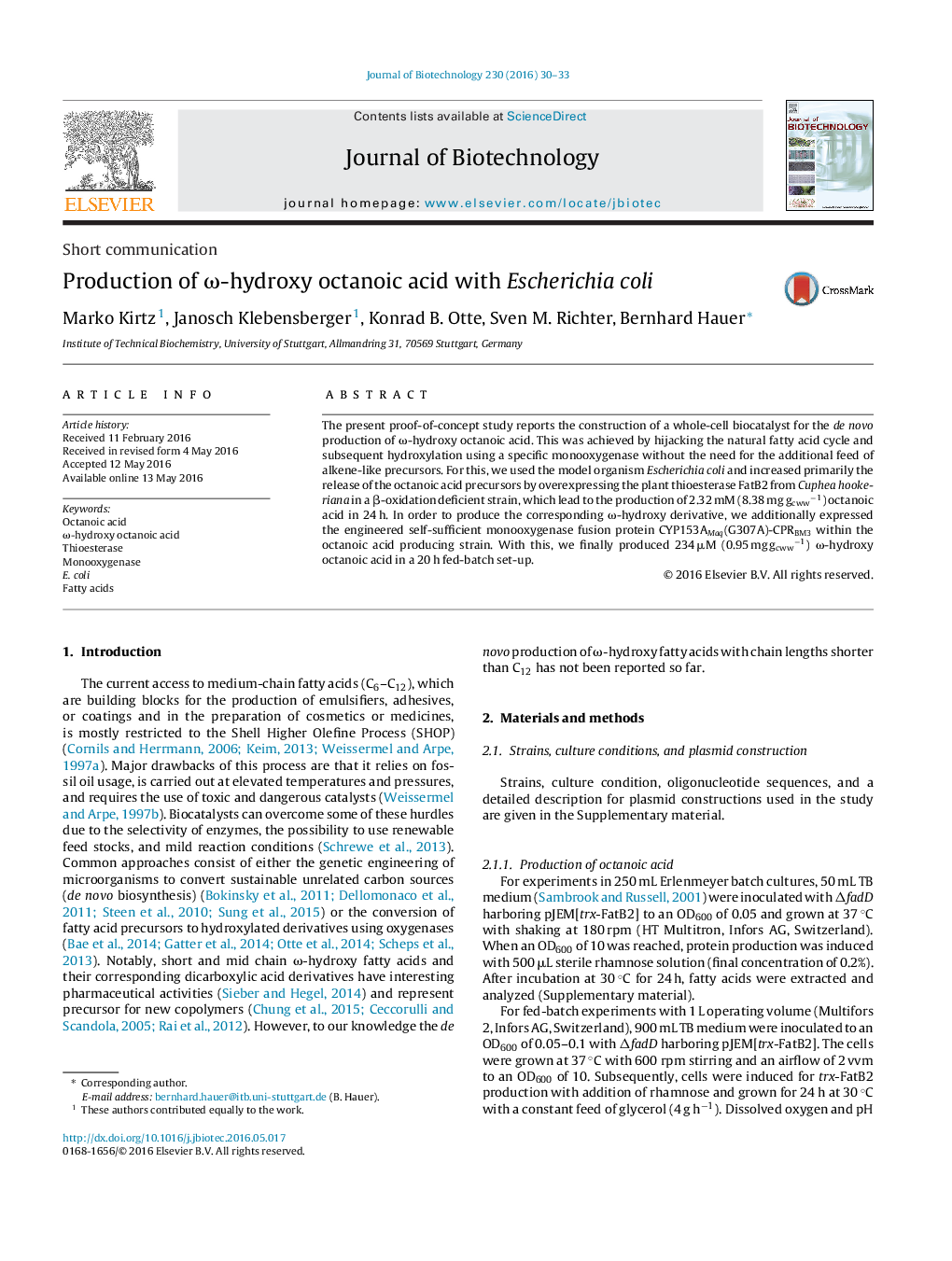 The present proof-of-concept study reports the construction of a whole-cell biocatalyst for the de novo production of ω-hydroxy octanoic acid. This was achieved by hijacking the natural fatty acid cycle and subsequent hydroxylation using a specific monooxygenase without the need for the additional feed of alkene-like precursors. For this, we used the model organism Escherichia coli and increased primarily the release of the octanoic acid precursors by overexpressing the plant thioesterase FatB2 from Cuphea hookeriana in a β-oxidation deficient strain, which lead to the production of 2.32 mM (8.38 mg gcww−1) octanoic acid in 24 h. In order to produce the corresponding ω-hydroxy derivative, we additionally expressed the engineered self-sufficient monooxygenase fusion protein CYP153AMaq(G307A)-CPRBM3 within the octanoic acid producing strain. With this, we finally produced 234 μM (0.95 mg gcww−1) ω-hydroxy octanoic acid in a 20 h fed-batch set-up.